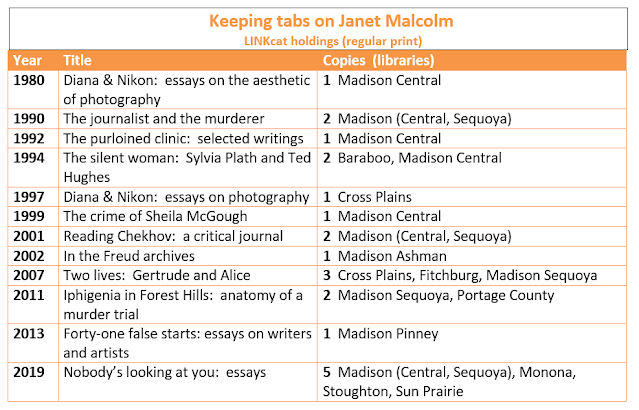 Over a 55-year career, Ms. Malcolm produced an avalanche of deeply reported, exquisitely crafted articles, essays and books, most devoted to her special interests in literature, biography, photography, psychoanalysis and true crime. Her writing was precise and analytical; her unflinching gaze missed nothing.

“Don’t ever eat in front of Janet Malcolm; or show her your apartment; or cut tomatoes while she watches,” the critic Robert S. Boynton warned in 1992. “In fact, it probably isn’t a good idea even to grant her an interview, as your every unflattering gesture and nervous tic will be recorded eventually with devastating precision.”