Protests (and Tears) over Library Closures in Philadelphia

Friends of the Philadelphia Free Library.
Posted by Retiring Guy at 9:15 PM No comments: 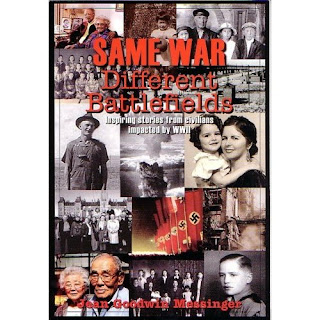 Excerpt:
Goodwin Messinger said she got the idea for her new book while writing her previous book about a woman who survived a concentration camp and went on to ski for the German Olympic team.

She said she began to hear about other people's stories of the war. She thought that while there are a lot of books about what veterans experienced during the war, there were few on what civilians survived.

Posted by Retiring Guy at 11:12 AM No comments: 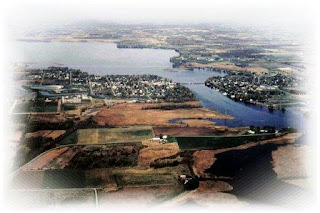 Holly Selwitschka's background includes working as a children's librarian in Beaver Dam and New London and as a media specialist at a Waupaca County school. She has an undergraduate degree is in English and a master's degree is in library and information sciences. She is a native of Minnesota.

You can email a congratulatory note to Holly at director@winneconnelibrary.org.

Posted by Retiring Guy at 10:23 AM No comments:

I'll watch this development with interest 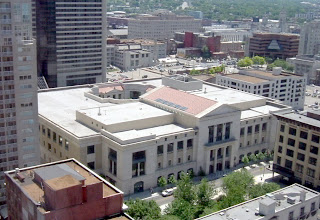 Nashville Mayor Karl Dean points to the following benefits:
Showing some resistance, the president of the school board suggests that the school board has the ultimate authority to move forward on this project. He calls the idea "exploratory".

Here's a very short article from the Nashville Tennessean, which includes the following quote from Mayor Dean: This is an opportunity to develop the best school library and public library system in the country, and our students and community deserve nothing less.

Hope he's true to his word.
Posted by Retiring Guy at 4:05 PM No comments:

What Will Nicholas Baker Say? 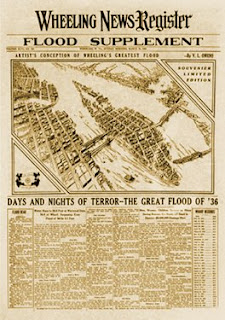 Baker has already made his feelings known about this type of housecleaning.

The secretary/treasurer of the Ohio County Public Library's Board of Trustees says, due to their state of deterioration, the paper editions can no longer be displayed (?) at the library.

I suppose the library doesn't have the wherewithal to store them properly. No mention is made as to whether other agencies -- i.e., historical societies -- were contacted. Or maybe the newspapers are beyond redemption -- like the early 20th-century editions of The World Almanac, the newsprint pages yellowed and brittle, that were in storage in the basement of the Oshkosh Public Library during the 8 years I worked there (1978-1986). At most, I can't imagine they survived the mid-90s addition and renovation.

Posted by Retiring Guy at 1:58 PM No comments: 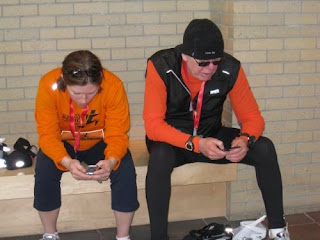 The cynic in me wonders if people know the difference between "quality" and "quantity".
Posted by Retiring Guy at 10:28 AM No comments:

Cloudy, with a chance of crow. 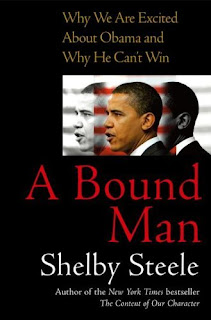 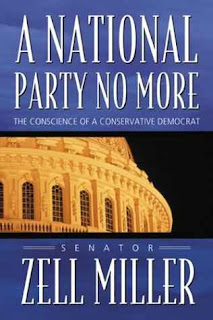 "Macht-Schnell" Zell tosses disparagement at his "Democrat" party colleagues in 2003. (Scooby Davis rubs Zell's face in it here.)
Posted by Retiring Guy at 10:06 AM No comments: 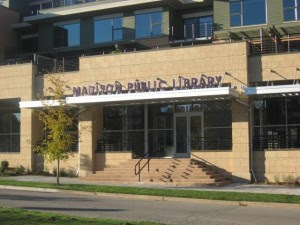 Link to information about the Sequoya Commons project.

Care to live here? Lots of condo space still available!
Posted by Retiring Guy at 8:35 AM No comments:

Your 15 Minutes Are Up, Chumley 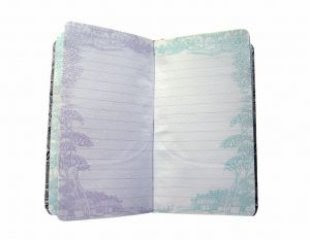 Maybe it fell in the toilet.
And let's hope that this instant remainder from this giant in the publishing world ends up in the same place.
Posted by Retiring Guy at 8:38 PM No comments:

According to this article in today's New York Times, "Teenagers’ Internet Socializing Not a Bad Thing".

The full report, "Living and Learning With the New Media", conducted by Digital Youth Research, is found here.

In essence, the report says that, while online, teens mostly socialize with their friends and acquaintances. For those parents who have teenagers -- or children who have recently graduated from this age range -- this is old news.

Lead researcher Mizuko Ito was quoted as saying, "...their participation is giving them the technological skills and literacy they need to succeed in the contemporary world. They're learning how to get along with others, how to manage a public identity, how to create a home page."

Some parents might not be completely reassured, particularly those who are thorough readers of their print edition of the New York Times. On page A27, a continuation of the internet socializing article is found below this account of the Missouri woman who taunted a 13-year-old girl with a phone MySpace account.
Posted by Retiring Guy at 7:16 AM No comments: 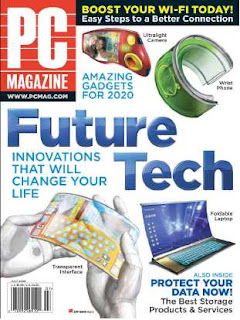 27 years of print publication history comes to an end with the January 2009 issue. Content will remain available online.

And I see that 5 LINK libraries will be able to free up some additional shelf space with the demise of Cottage Living, a Time-Life publication. (Current subscription base rate: 1,000,000.) The website is also going bye-bye. 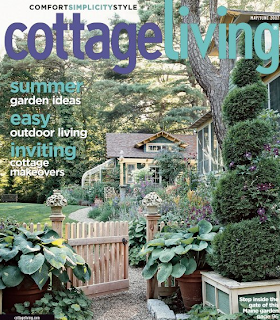 Monitor the death watch yourself here. (The Media Industry Newsletter. Some content restricted.)
Posted by Retiring Guy at 6:41 AM No comments:

Posted by Retiring Guy at 7:12 PM No comments:

You'll find a huge selection of photos from the archives of LIFE magazine -- "millions", it's claimed -- here. 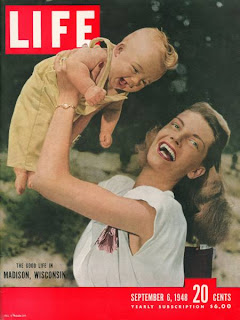 Photo by Alfred Eisenstadt
"The Good Life in Madison, Wisconsin" 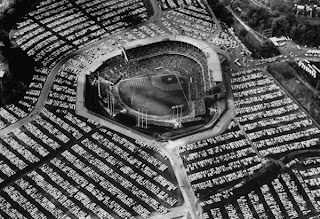 An aerial view of Milwaukee County Stadium
back in the heyday

The Milwaukee Braves play the New York Yankees in the 1957 World Series.
According to the information found here, the photo was taken in March 1957. (I don't think so. The Braves didn't play their first game of the season until April 17.)
Posted by Retiring Guy at 7:20 AM No comments:

At a Crossroads in News Consumption

It's no surprise that newspapers are becoming increasingly smaller and thinner -- or just hightailing it to the web. (A weekly insert in the Wisconsin State Journal notwithstanding).
Posted by Retiring Guy at 8:21 AM No comments:

Investigative and Advocacy Journalism Moves to the Web 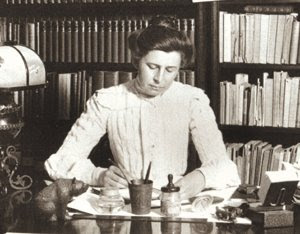 Some of you might remember the late, unlamented (or so it seems) New Times, a muckraking bi-weekly magazine which folded right before we all went to sleep during the Reagan years. The editors didn't seem to care who they pissed off, which made for great reading. During its brief run, it's was one of two magazines I read from cover to cover during the 1970s. (American Heritage being the other.) 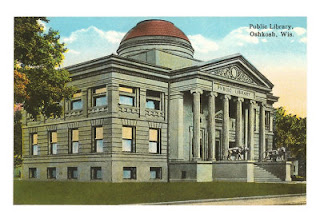 Excerpt:
In many places, government is slow to embrace the Internet, blogging, social networking – the whole nine yards.

But kudos to the Oshkosh Public Library for continuing to stay up to speed with the trends and to reach out to its users. The library now has its own "Twitter" feed. You can find it at http://twitter.com/oshkoshlibrary.
Posted by Retiring Guy at 7:56 PM No comments:

States Can No Longer Hold the Line on Funding for Education 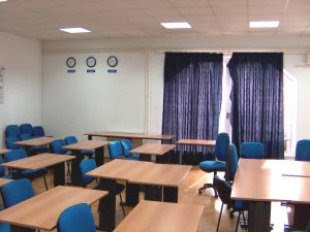 Excerpt:
Cutting education spending is an indication of how bleak the economy looks. States are usually reluctant to cut school funding in times of economic hardship, because education is “politically sacrosanct,” said Scott Pattison, the executive director of the National Association of State Budget Officers. During the economic downturn after the 9/11 attacks in 2001, half the states still managed to avoid major cuts to education, he said.

Here's the latest "Budget Reduction Memo" to state agency heads from the Wisconsin Department of Administration that addresses a projected $5 billion deficit through June 30, 2011.

Doyle was more cautious about a potential increase in sales and income taxes, saying he would only do it to avoid a crisis in Medicaid and K-12 schools and universities.

"I am going to do everything humanly possible to avoid any general tax increase," Doyle said. "I am willing to make very deep cuts but I am not willing to see the schools of this state go into crisis mode."

Doyle said he would seek:

* A hospital tax that, as proposed in the past, would bring in more federal money to make larger state payments to hospitals and pay down the budget shortfall by $150 million to $210 million over the next two and a half years.

* A tax on oil companies that would bring in nearly $393 million over two years.

* Federal money to help the state pay for priorities such as health care for the poor, a measure that President-elect Barack Obama said he supported during the campaign.

* Cuts and savings in state government that could affect many agencies such as UW-Madison and programs including a planned expansion of the state's BadgerCare Plus health-care initiative to childless adults.

Posted by Retiring Guy at 11:17 AM No comments:

The Downside of Technology 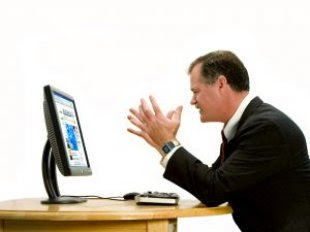 Sorta....kinda....looks like John DeBacher
(Must be mulling over the New Glarus issue)
Link to a report summarizing a recent survey by the Pew Research Center's Internet & American Life Project, "When Technology Fails".

Posted by Retiring Guy at 9:28 AM No comments:

New Glarus Village Board Has a Brain Fart

Village officials want to charge the library $10,578 in rent for 2009 in order to meet a tight budget and stay within a state-mandated levy limit. The library currently occupies space in the Village Hall.
Posted by Retiring Guy at 6:55 AM No comments: