Posted by Retiring Guy at 10:11 PM No comments:

The Birds Put on a Show @ the Boston Public Library

Posted by Retiring Guy at 10:04 PM No comments:

The Vancouver Public Library is a Very Busy Place

I found no reports of oan actual fire.
Posted by Retiring Guy at 9:59 PM No comments: 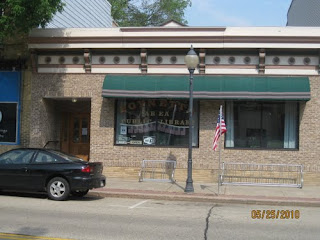 Excerpt: At Monday night’s Poynette Village Board meeting, trustees briefly discussed new information on architectural studies of the village-owned “Little Blessings” building that provided options ranging from around $200,000 for a more basic renovation to around $750,000 for an extensive one. The issue will be put on the next village board agenda for discussion. 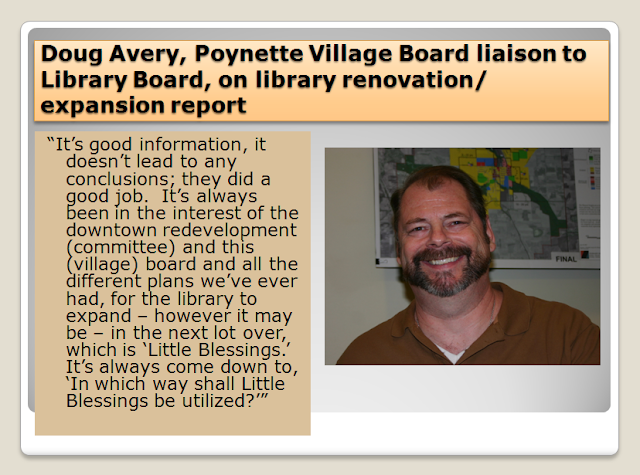 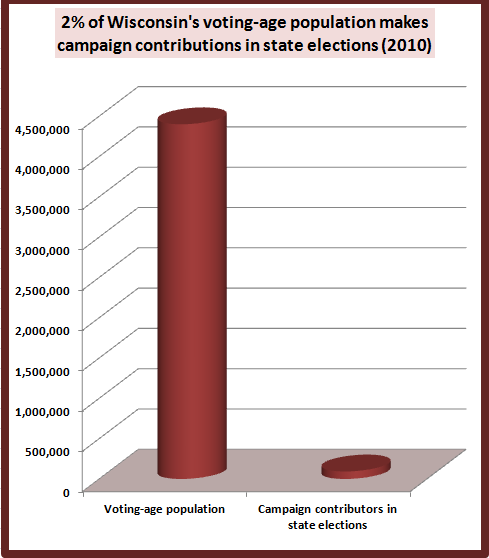 And that puts Wisconsin in 9th place, according to an analysis by The Campaign Finance Institute (CFI). 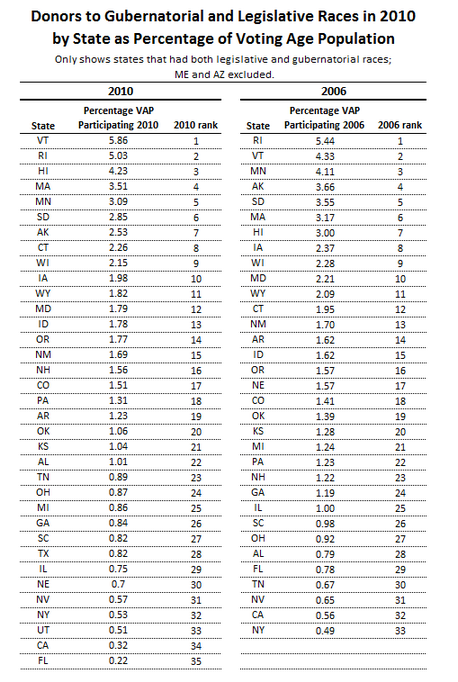 About the CFI.
Posted by Retiring Guy at 9:56 AM No comments:

Word(s) of the Day: pablum/pabulum 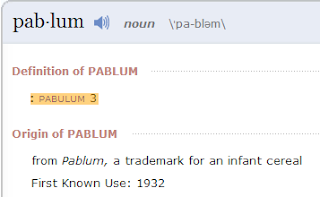 Merriam-Webster dictionaries list the senses of a word in historical order -- from oldest (1) to newest (3). 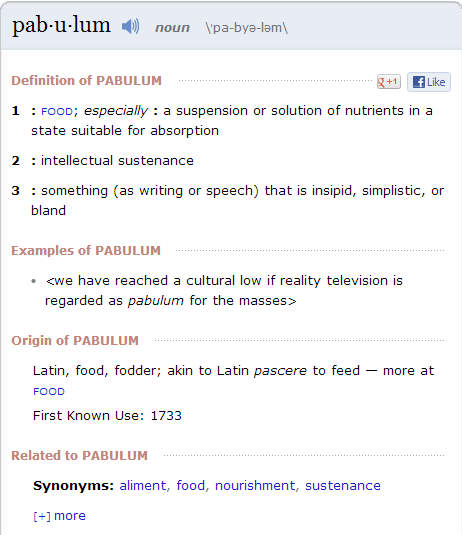 Pew Internet and American Life Project: Internet Use at Libraries

Although 26% of all Americans 16 years of age and older have accessed the Internet at a library (wired computer or wifi connection) in the past 12 months, 77% of respondents to the Pew survey say that it is "very important" for libraries to provide free access. 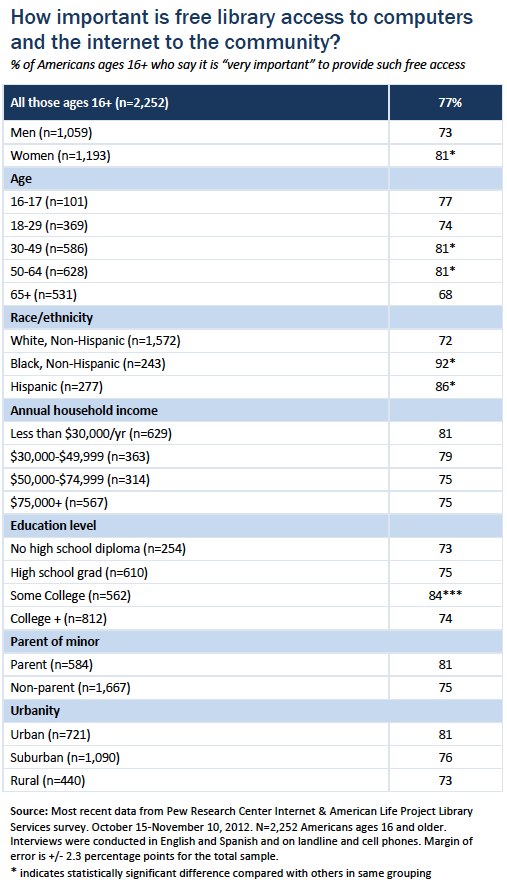 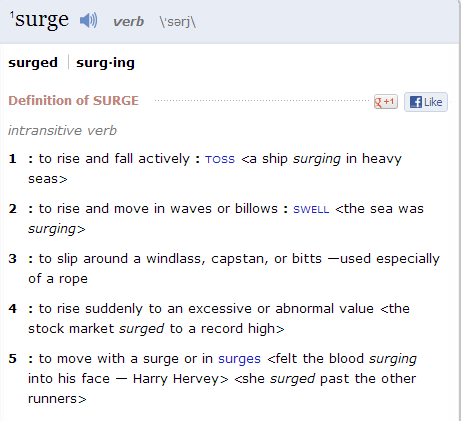 An imprecise word choice especially in light of this.
Posted by Retiring Guy at 3:52 PM No comments: 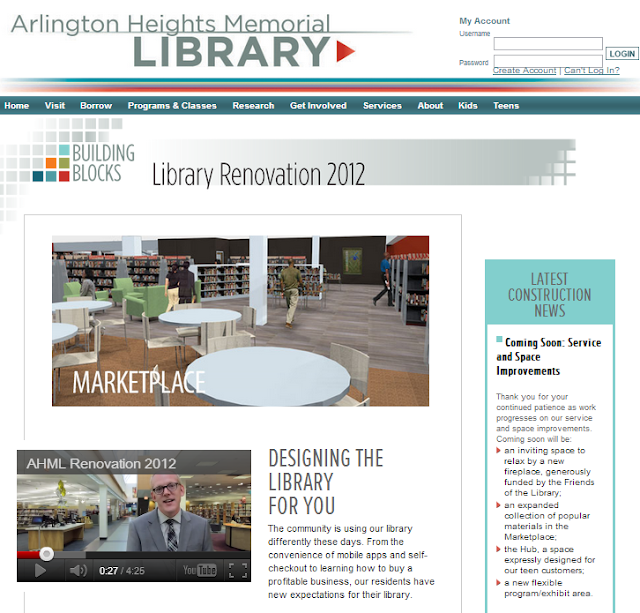 Excerpt: “A library has limited shelf space, so you almost have to think of it as a store, and stock it with the things that people want,” said Jason Kuhl, the executive director of the Arlington Heights Memorial Library. Renovations will turn part of the library’s first floor into an area resembling a bookshop that officials are calling the Marketplace, with cozy seating, vending machines and, above all, an abundance of best sellers. 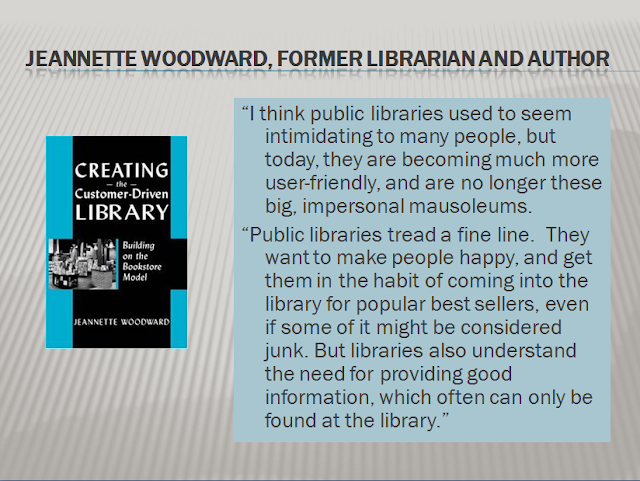 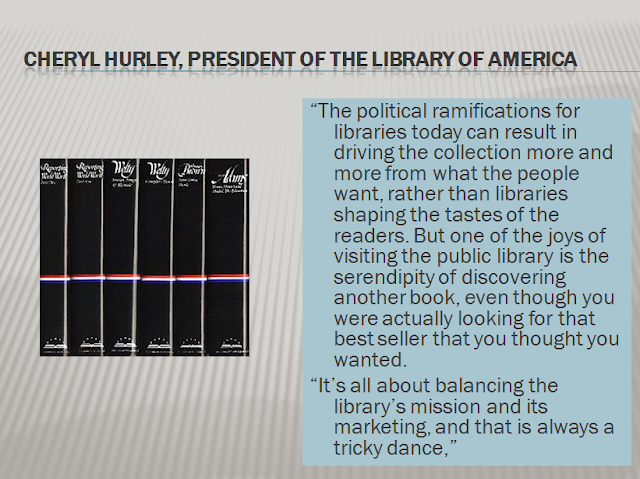 Posted by Retiring Guy at 10:33 AM No comments: 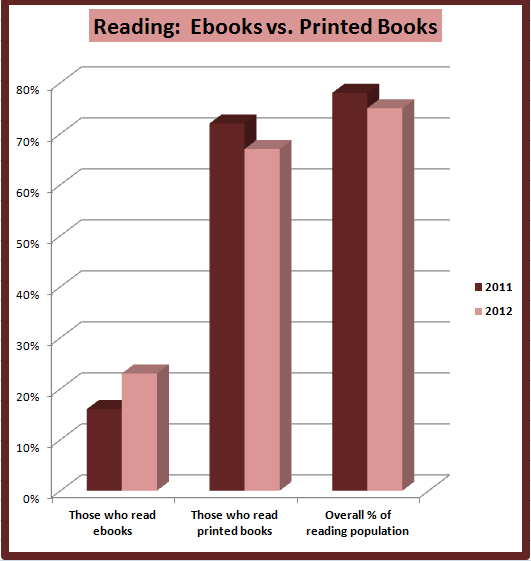 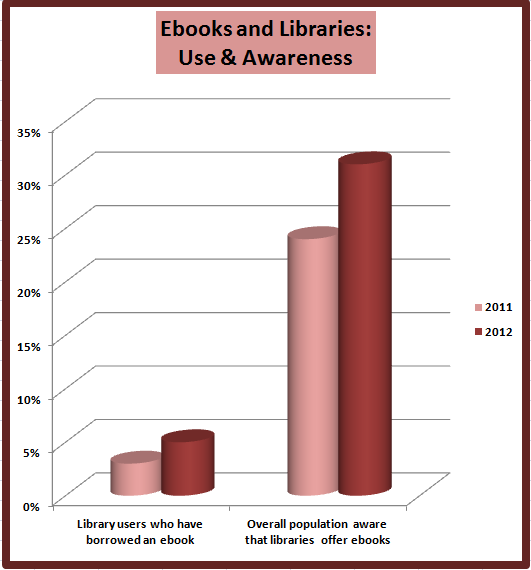 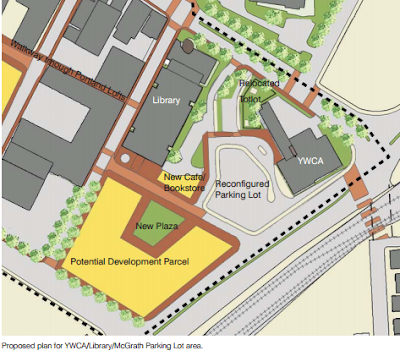 Excerpt:  Residents and business neighbors in the area have praised the business group’s overall plan, which includes a vision of vibrant, pedestrian-friendly walkways, ornate lighting, parking improvements and mixed-use development. There are plans to close Federal Street to vehicle traffic to encourage the development of an “outdoor room,” and a plan for a pedestrian walkway that spans Portland Street from the old Telegram & Gazette parking lot, adjoining The Hanover Theatre for the Performing Arts, to the Worcester Public Library.

The sticking point with members of the library board — who have in general praised the redevelopment efforts — has been solely with the plan for the ice rink in the municipal parking lot. The task force has previously voted to recommend against placing the rinks there because of the impact it would have on access for library patrons, along with aesthetic concerns about how it fits in the neighborhood.

Posted by Retiring Guy at 9:49 PM No comments:

Work to Do, Words Yet to Live By @ the Wisconsin Economic Development Corporation 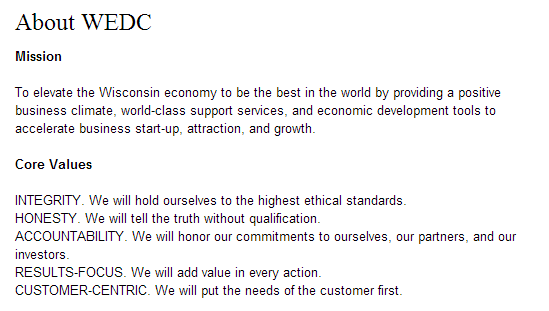 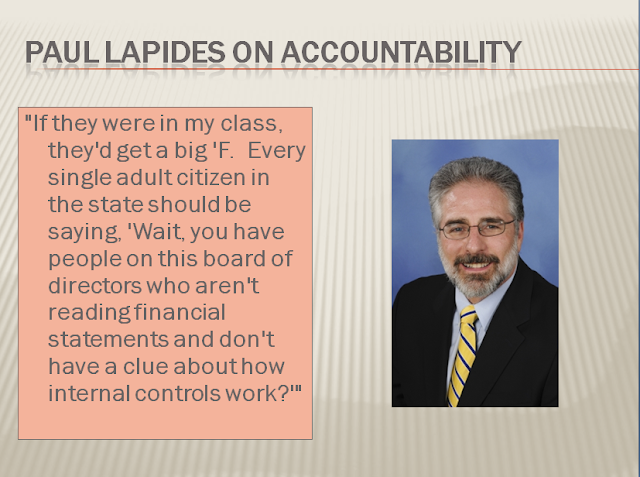 Paul Lapides, associate professor of management and entrepreneurship, is director of the Corporate Governance Center at the Coles College of Business, Kennesaw State University, Georgia. 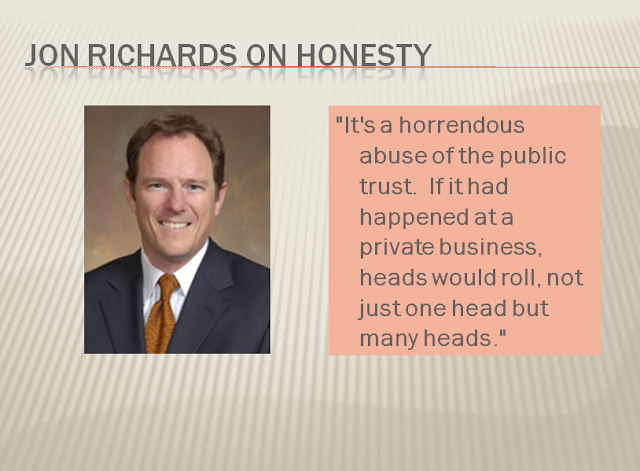 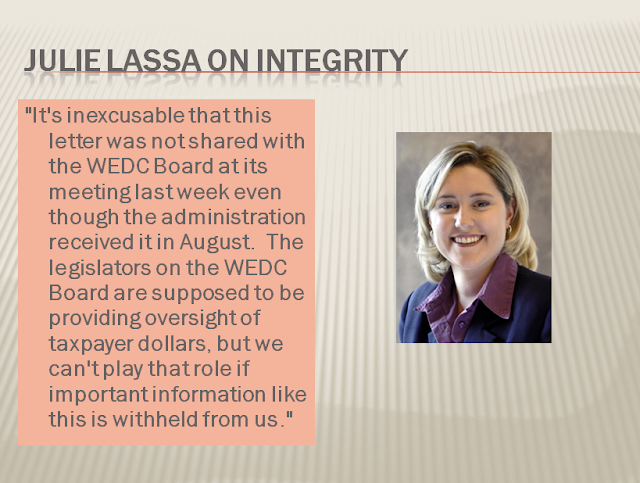 WEDC Board members include.....
Officers
Members

Posted by Retiring Guy at 2:41 PM No comments:

In another money-saving measure, the library will outsource the cataloging of library materials to Indianhead Federated Library System.

The text in the following slide is from the Star-Observer article.  (The title is Retiring Guy's.) 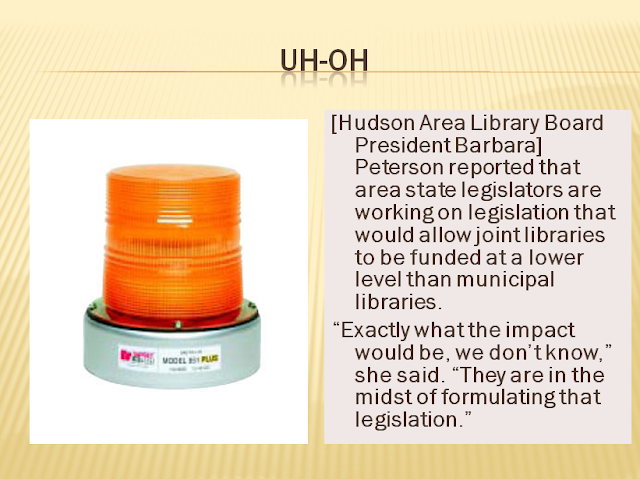 It certainly would be helpful to know what's being formulated.

A 'Limbo Rock' formulation, perhaps.  How low do they want to go?

$40.81.  Average Wisconsin resident per capita support for all public libraries 2011.

[Both figures are from the Wisconsin Public Library Service Data.]

Library Video Collections: Another One Bites the Dust

Excerpt: Chalk up another victim in the forced march of technology, which has left once commonplace items like the floppy disk and photographic film — and the library card catalog, for that matter — in the ditch. 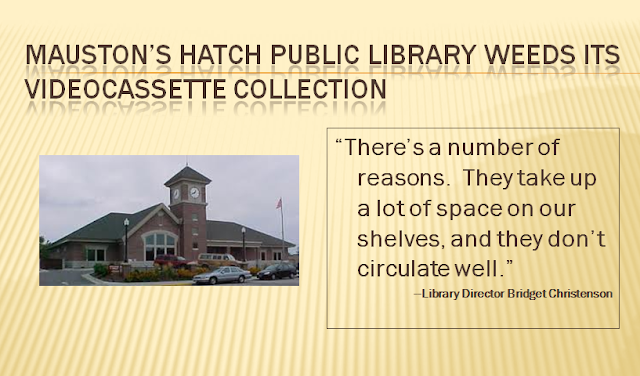 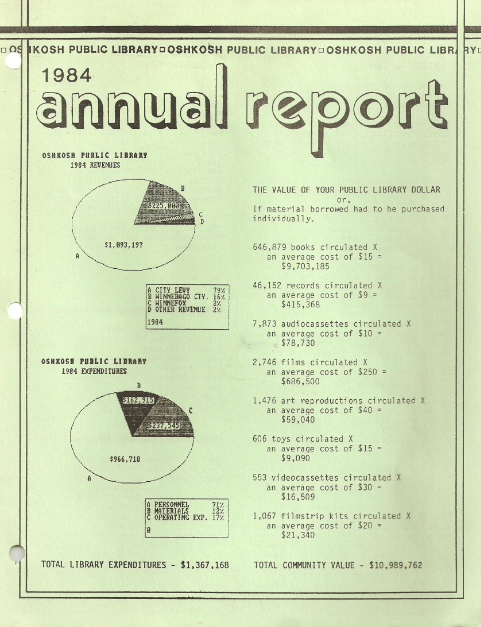 Posted by Retiring Guy at 2:30 PM No comments: 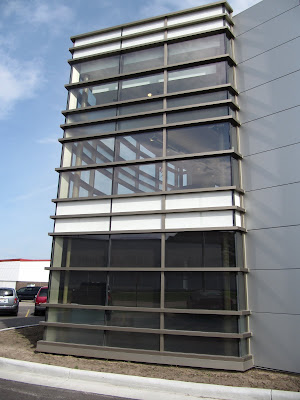 Excerpt: Waupun Police Department officers responded to the Waupun Public Library for a man threatening to return to the library with a gun Friday afternoon.

The 46-year-old man was found and arrested on Walker Street in Waupun and was taken to the Dodge County Jail on charges of threat to a department of commerce or department of workforce development employee, according to Waupun Police Deputy Chief Scott Louden.
Posted by Retiring Guy at 1:21 PM 1 comment: 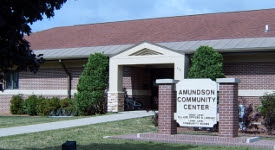 Excerpt: The small existing library is squeezed into a second-floor wing of the village’s community center. The new facility would be connected to the center. At 6,800 square feet, it would be three times as big as the current library.

In early December, the Cambridge Village Board signaled its intent to commit $400,000 to the project. The board of the neighboring town of Christiana recently voted to donate $54,000.

The library group already has $612,000 in the bank, for a combined total of just over $1 million.
Posted by Retiring Guy at 9:02 AM No comments:

"The Bubbler" @ the Madison Public Library

"What is the Bubbler?"

Excerpt: While brainstorming about ways to gather people together for creative exchange continued, the initiative was dubbed the “Bubbler.” The name — a Wisconsin word for drinking fountain — worked both for its local resonance and as term for a community gathering space, Vieau says. It stuck.

As now envisioned, the Bubbler will be a program incorporating elements of the “maker” movement that will radiate out from the new central library downtown into the branch public libraries. It will be an ongoing series of workshops and demonstrations where people share skills and tools and where participants make anything from T-shirts to musical recordings to self-published books.

Posted by Retiring Guy at 8:45 AM No comments:

The Ebook Market Pauses to Take a Breath 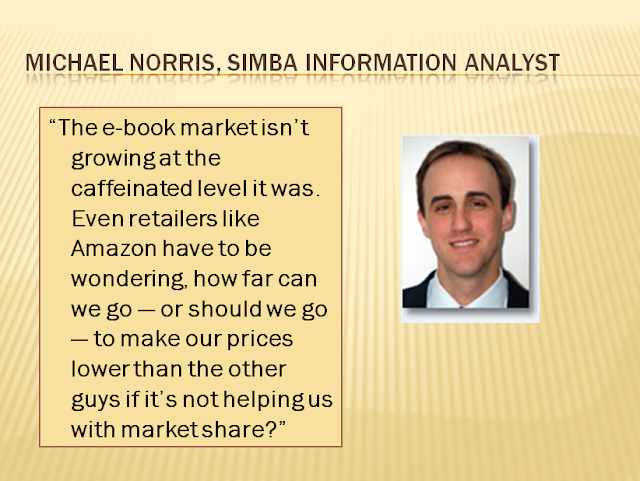 Simba research.  At any given time, one-third of haven't purchased a title during the past year.

Except: One big reason for the lack of fireworks is that the triumph of e-books over their physical brethren is not happening quite as fast as forecast.

Macmillan chief executive notes that ebooks sales have been "soft of late". 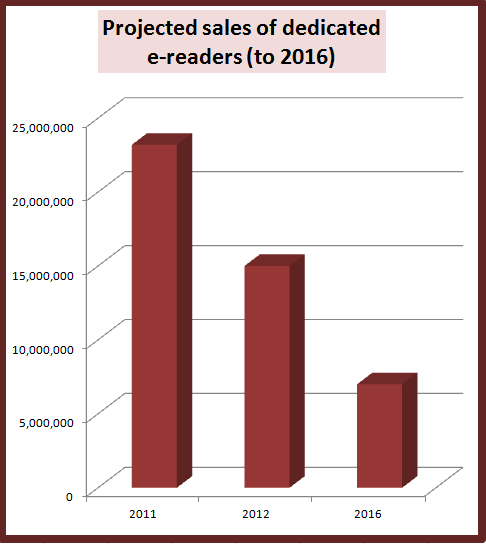 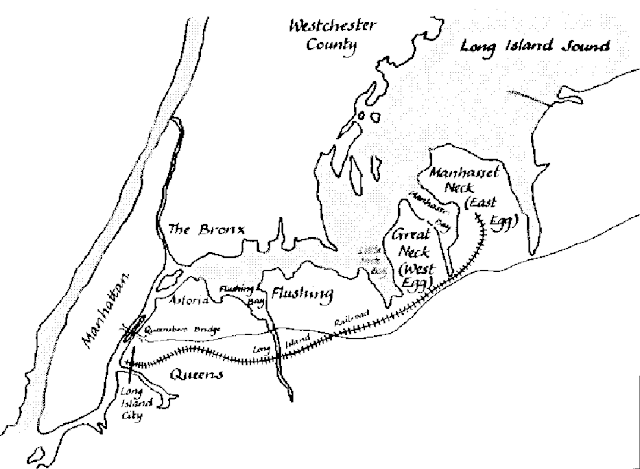 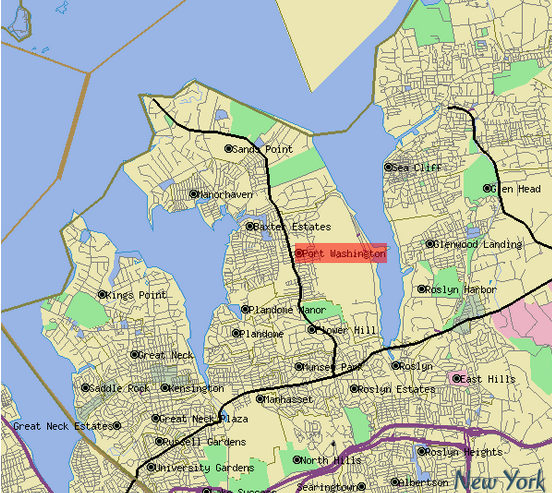 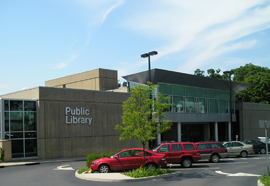 
Central Library Plan: Building a Center of Inspiration for All

Posted by Retiring Guy at 10:45 PM No comments: 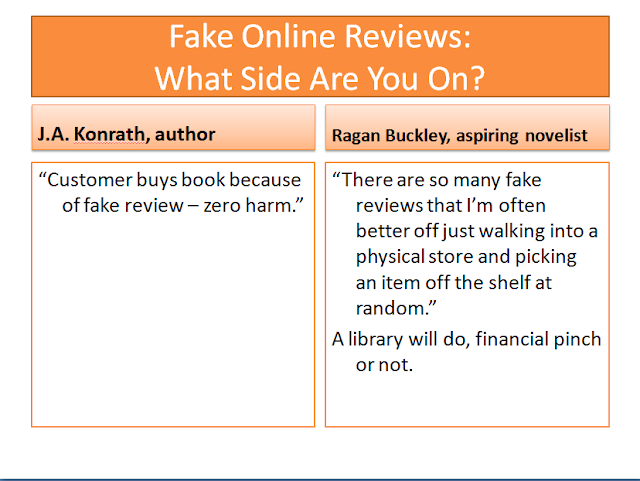 J. A. Konrath/Jack Kilborn is the author of the Jack Daniels series.

The worst offender. The dispute over reviews is playing out in the discontent over Mrs. [Harriet] Klausner, an Amazon Hall of Fame* reviewer for the last 11 years and undoubtedly one of the most prolific reviewers in literary history.

Mrs. Klausner published review No. 28,366, for “A Red Sun Also Rises” by Mark Hodder. Almost immediately, it had nine critical comments. The first accused it of being “riddled with errors in grammar, spelling and punctuation.” The rest were no more kind. The Harriet Klausner Appreciation Society had struck again.

This New York Times article has already been cited in the Wikipedia entry for Harriet Klausner.
Posted by Retiring Guy at 5:33 PM 1 comment:

50 Years Ago This Week: Vince Lombardi on the Cover of TIME 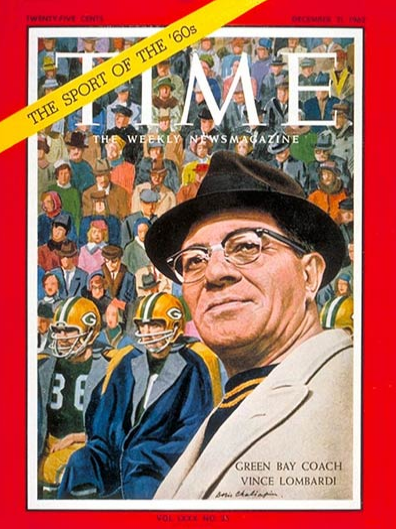 An eyeroll of an article title even back then.  "Vinnie, Vidi, Vici".

The opening is pure, unadultered TIMEese:   In A.D. 248, Emperor Philip lured 45,000 howling Romans to the Colosseum with a show that featured 60 lions, 30 leopards, 10 tigers, a rhinoceros, and 2,000 gladiators resolved to battle to the death. Today in the U.S., the beasts are all in zoos and the only gladiators around are the extras in Spartacus. But every Sunday from September through December, before their TV sets and in stadiums from coast to coast, some 40 million Americans are enraptured by a modern-day spectacle that even the Romans would enjoy.

You'll need a subscription to read the rest.

The Packers only loss of the 1962 season occurred against the Detroit Lions on Thanksgiving Day.

Nine days after the publication date of the 12/21/1962 issue, the Packers defeated the New York Giants, 16-7, in the NFL championship game at Yankee Stadium.  (The first Super Bowl wasn't played until January 15, 1967, and you already know who won that game.)