This goofball, along with 4 other GOP neanderthals, accompanied the transphobe Janel Brandtjen on a field trip to Arizona. 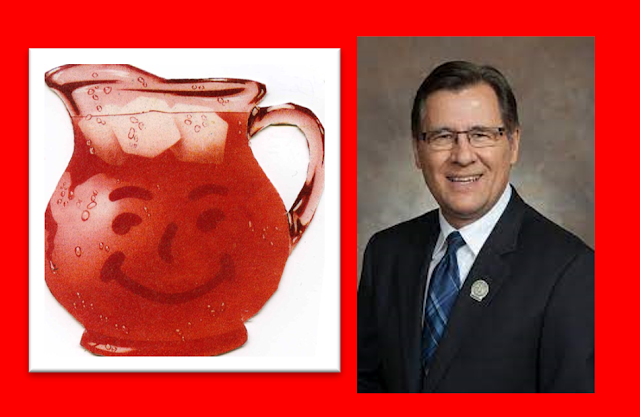 Rep. Dave Murphy of Greenville said Monday on WTAQ-FM’s “The Regular Joe Show” that he and his colleagues had to persuade Assembly Speaker Robin Vos of Rochester to let them check out the review of 2.1 million ballots in Maricopa County.

The ballot examination was approved by the Republican-run Arizona Senate but has faced criticism from members of both parties because it is being conducted by a group that has no history of analyzing ballots. Part of the effort has included checking whether ballots include bamboo fibers to try to confirm an unfounded claim that ballots were smuggled from Asia to Arizona.

"We had to do a lot of convincing to get the approval from the speaker to go on the trip," Murphy said.

"He made fun a little bit of the whole bamboo ballot issue, which I think that at the end of the day was really a nonissue and is just what's being used by the other side to discredit this kind of thing."