Verboten words: The increasingly bizarre and farcical presidency of Donald Trump (contract bridge players will no longer be 'vulnerable') 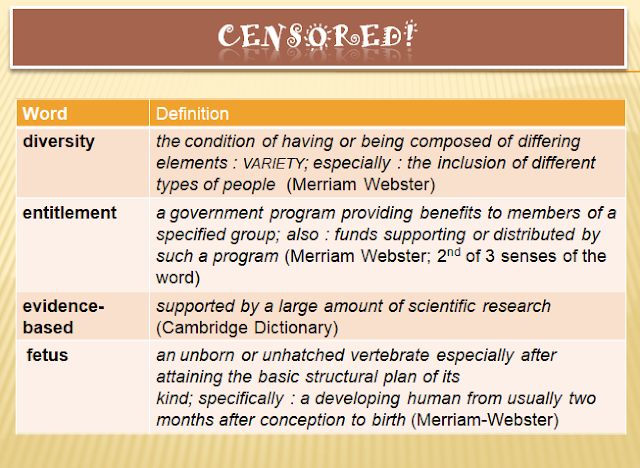 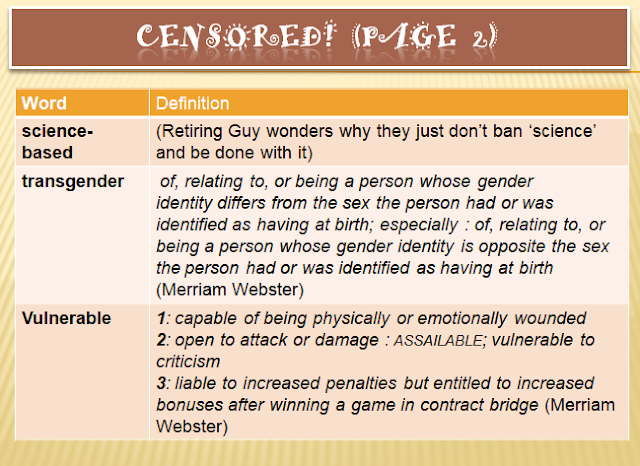 
In Mason, the county along the Ohio River where Stewart and her family live, nearly 20 percent of the less than 30,000 residents live in poverty. The mining industry that was once Appalachia’s lifeline has been on a long decline, and for the past 10 years, employment rates have dropped. In nearby New Haven, the Philip Sporn Power Plant closed in 2015. Two other coal plants in West Virginia have since closed. 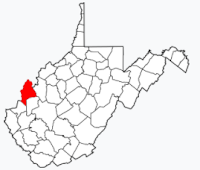 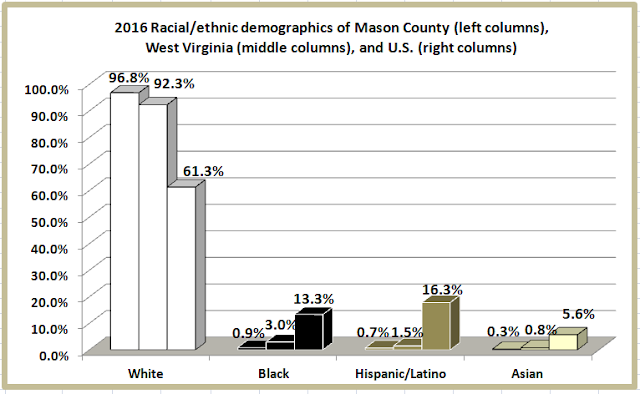 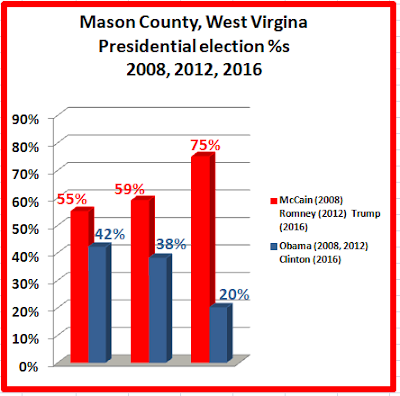 Posted by Retiring Guy at 5:21 PM No comments: 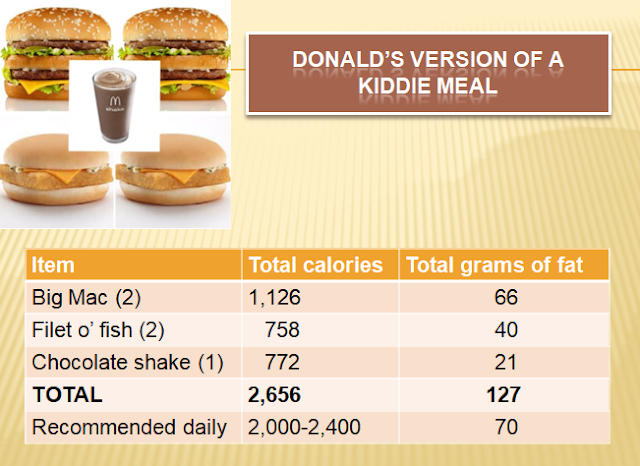 
But the authors are also the first Trump aides to put their names to stories about the campaign’s internal dynamics and to describe some notorious habits of Mr. Trump’s, like his preferences for lunch: He really did eat a lunch of two Big Macs, two Filet-O-Fish sandwiches and a chocolate shake, which he would call a “malted.” “Do you think I deserve a malted today? I think I deserve one,” Mr. Trump would say after a hard-charging day of appearances.

Posted by Retiring Guy at 12:44 PM No comments:

Climate change as a matter of fact: U.S. Department of Defense


The auditing arm of Congress has warned that the military is failing to adequately plan for the risks that climate change poses to hundreds of overseas facilities, and that engineers at these sites rarely include foreseeable impacts in project designs.

The Government Accountability Office, Congress's nonpartisan oversight agency, wrote that while the Defense Department has identified that climate change and its effects will threaten many of its facilities, these installations are not consistently tracking costs they're already incurring because of extreme weather. 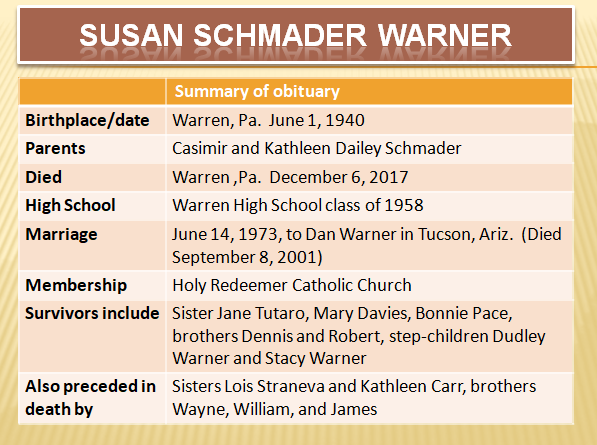 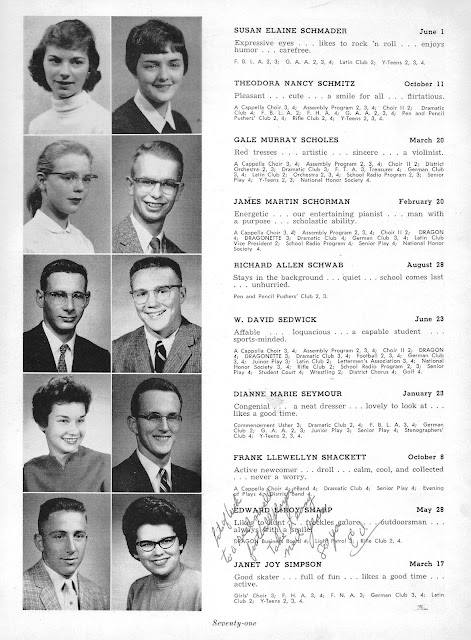 The popularity of Susan, still in decline (down to 922), as a baby name is graphed here.  Let's take a look at Kathleen.

Posted by Retiring Guy at 9:48 AM No comments: 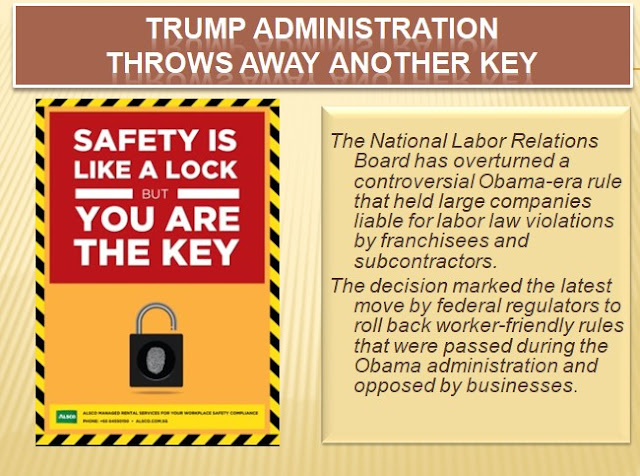 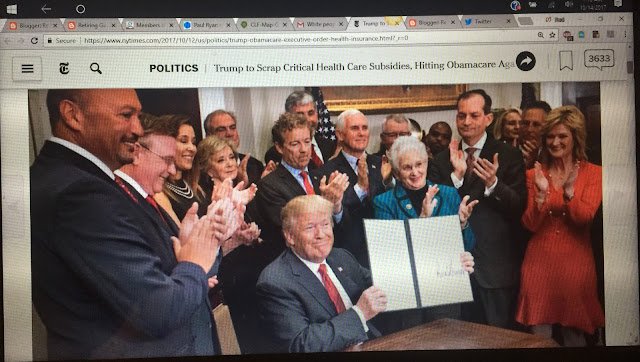 
It's personal.  Very personal.  The twin hits to the Affordable Care Act could unravel President Barack Obama’s signature domestic achievement, sending insurance premiums soaring and insurance companies fleeing from the health law’s online marketplaces. After Republicans failed to repeal the health law in Congress, Mr. Trump appears determined to dismantle it on his own. 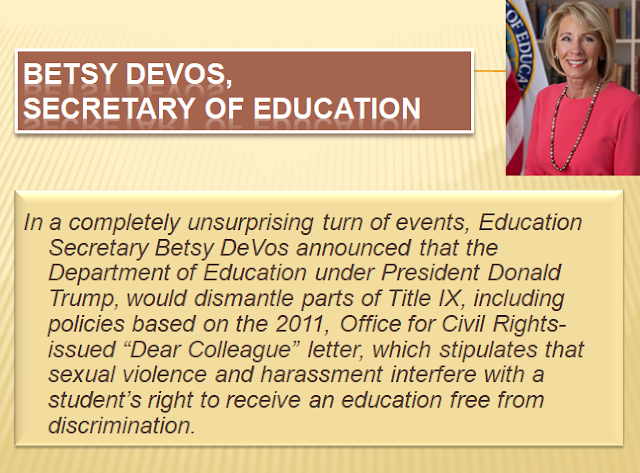 Reported in The Trump Administration is Siding with Rapits.  (Wear Your Voice, 9/10/2017) 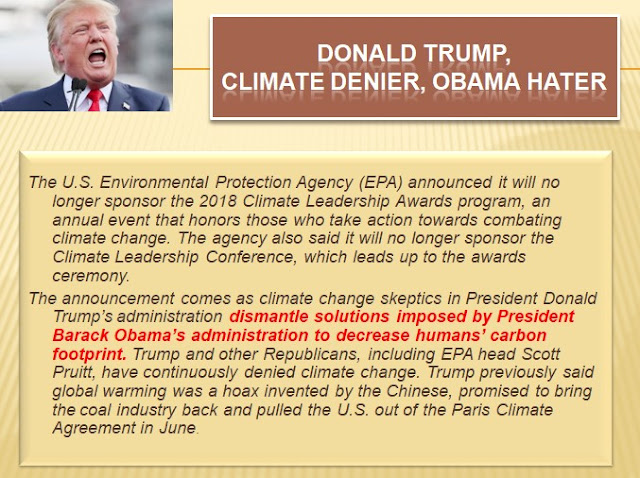 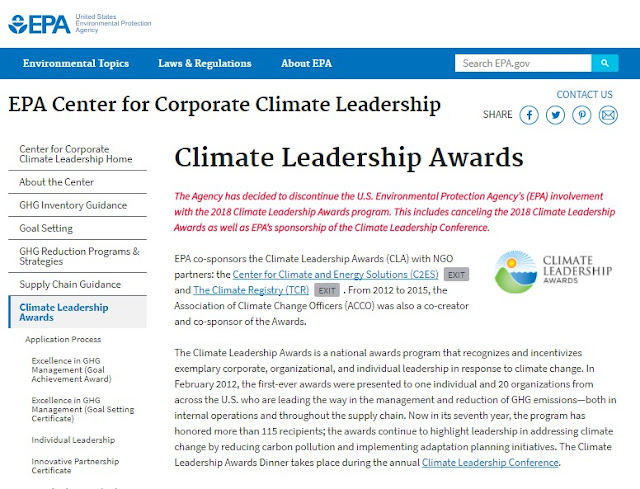 
The Trump administration has dismantled aspects of Obama’s legacy, big and small — including the Capital Bikeshare station that was installed on the White House grounds at the request of the Obama administration. 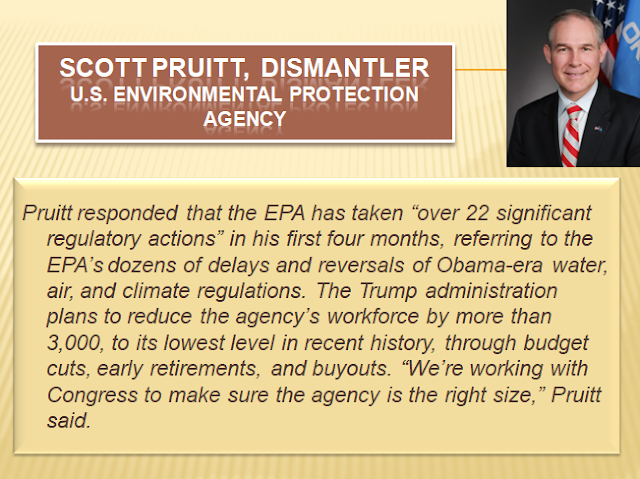 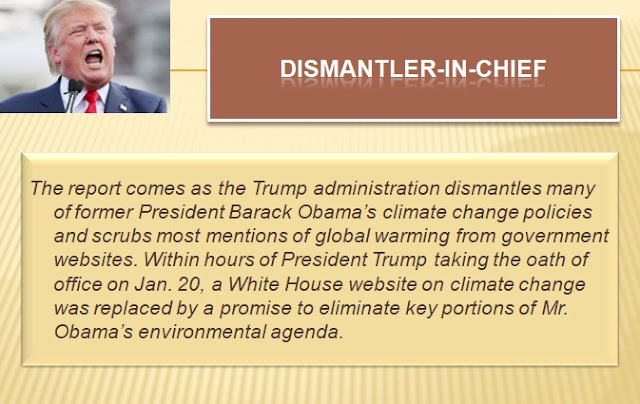 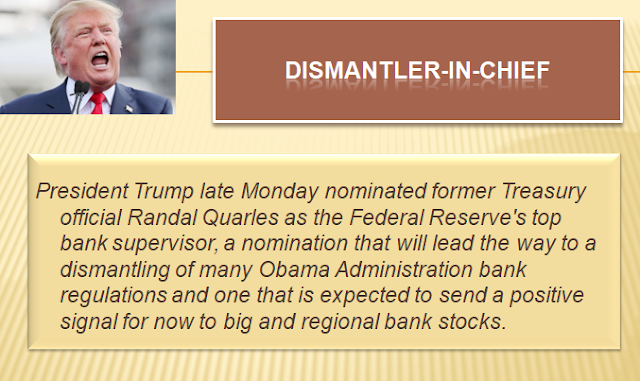 Reported in These Are the Top Obama Era Regulations at Risk From Trump's New Bank Supervisor Pick.  (The Street, 7/11/2017) 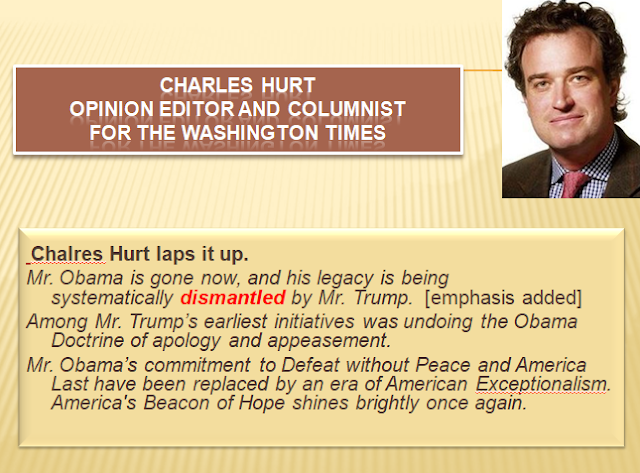 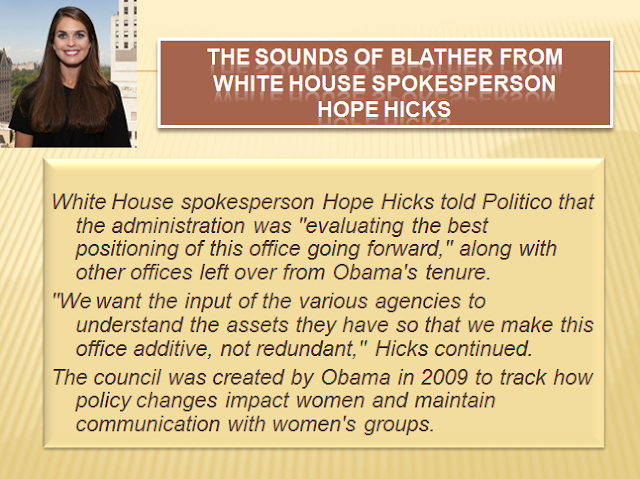 A largely GOP group of Utah officials wants the monument repealed and see it as an overly broad, unnecessary layer of federal control that closes off the area to energy development and other access.

There is evidence from the past few months to suggest that Hogshead-Makar’s warning is not merely hyperbole. Trump’s budget proposal recommends a seven percent budget reduction for the Office for Civil Rights, which would force the department to slash approximately 27 jobs at a time when Title IX complaints are on the rise. The ratio of Title IX cases per investigative staff members in the OCR was 41 to 1 in fiscal year 2016, and that ratio will only become more lopsided if these cuts go into effect.

Additionally, DeVos has named Candice Jackson — a woman who once insisted she faced discrimination because she is white — as the deputy assistant secretary of the Office for Civil Rights. And DeVos has shown no signs that she will fight for members of any marginalized community.

If a law is only as good as its enforcement, then Title IX is in trouble.

Allowing for some type of "startup visa" has long been a request of Silicon Valley advocates and lobbyists. More than 50 percent of startups worth $1 billion or more were founded by immigrants, according to a study published last year by the National Foundation for American Policy. Major US tech companies like Google, Yahoo, Intel, and Marvell Technology were all founded by immigrants. 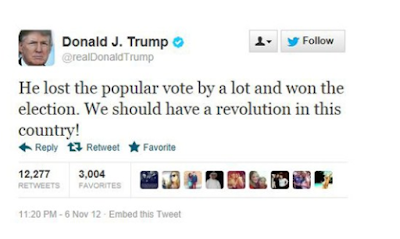 Like Vermin Supreme, Glenn Grothman believes that there should be free ponies for all Americans 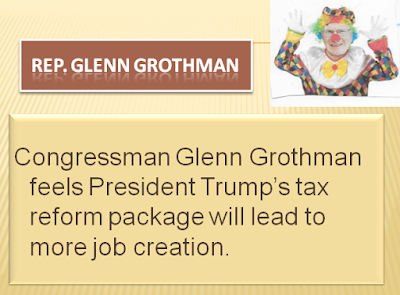 Posted by Retiring Guy at 9:57 PM No comments:


Haven't heard the alarm bells yet?  You're not paying attention.

From $30 million to $134 million in a single day.  Who knows what tomorrow might bring. 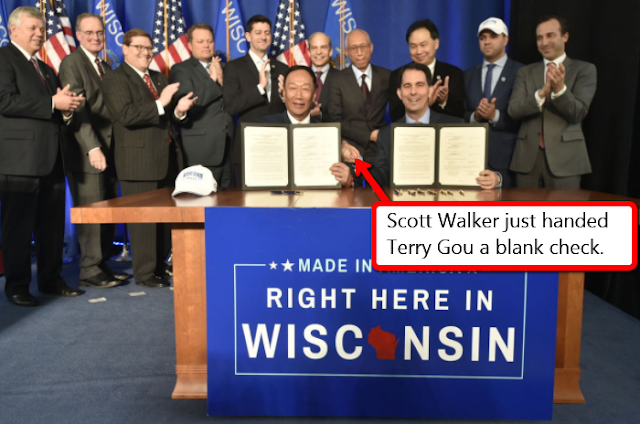 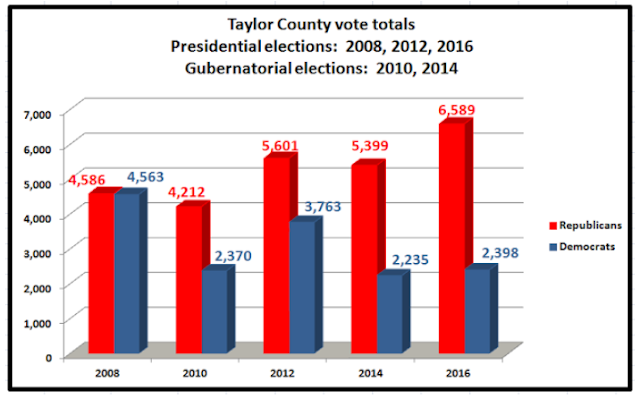 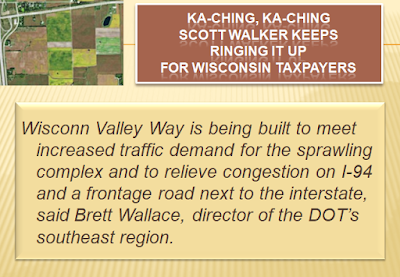 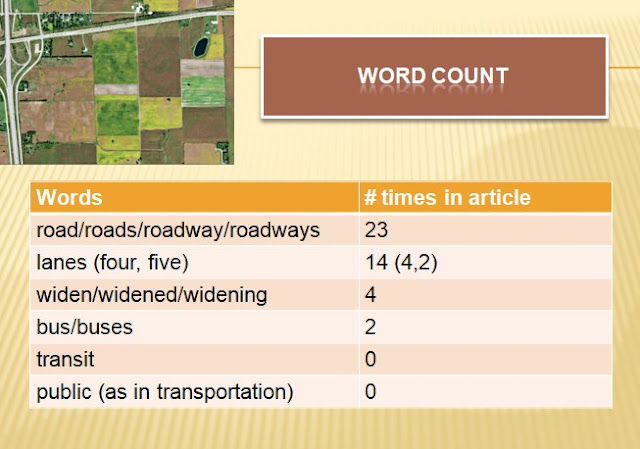 Posted by Retiring Guy at 9:15 PM No comments: 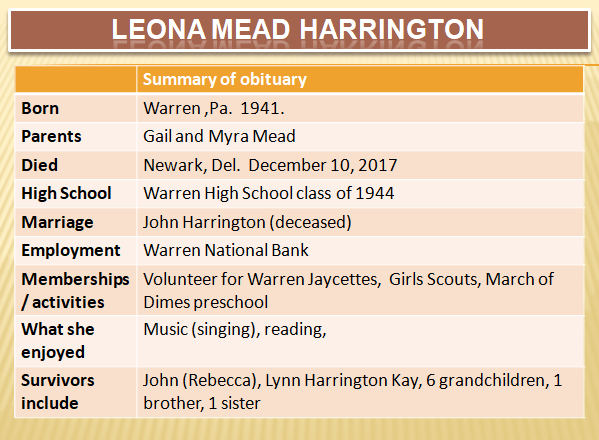 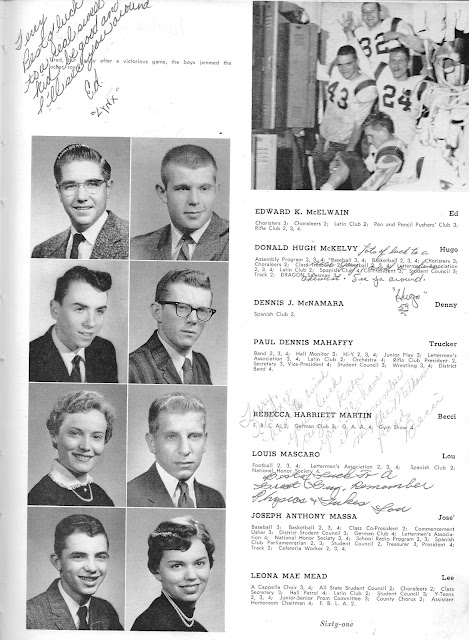 
The popularity of Leona as a baby name is graphed here.  Let's look at Myra.


A steady but unspectacular Myra spent all but a few years of the first 6 decades of the 20th century in the 200s range,  She subsequently stumbled into the 21st century, disappeared for 5 years, and since 2009 is showing signs of making a strong comeback.

Posted by Retiring Guy at 7:54 PM No comments: