Greetings from Trump's America: Humboldt County, Iowa, where Obama eked out a win in 2008 and Trump romped in 2016 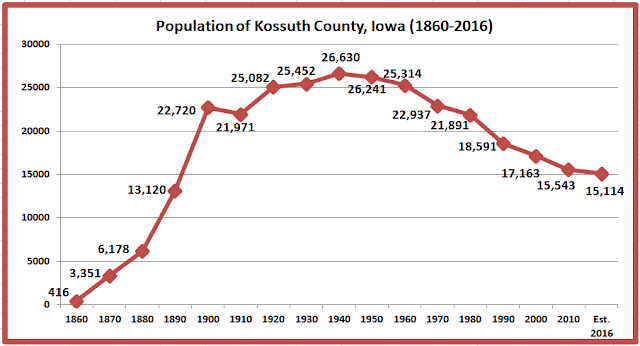 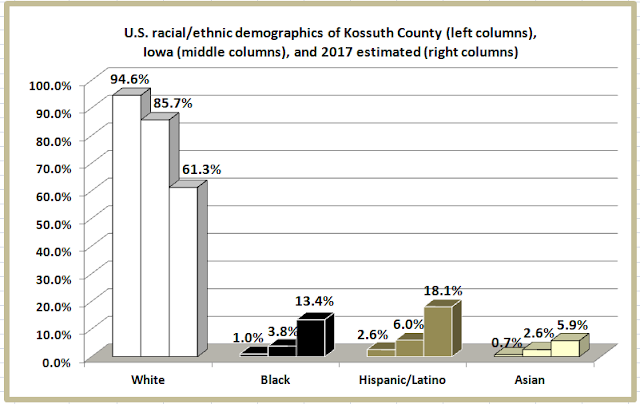 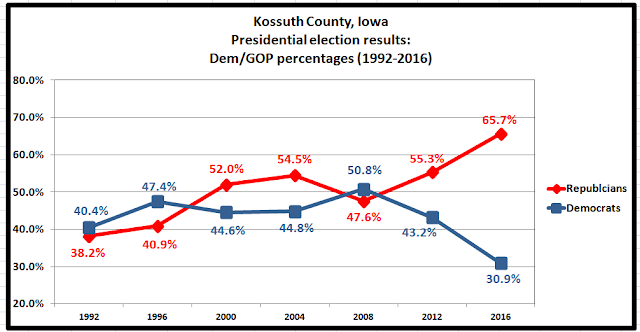 KTHP on the radio: Four-sevenths of ketchup in Hemphill Texas 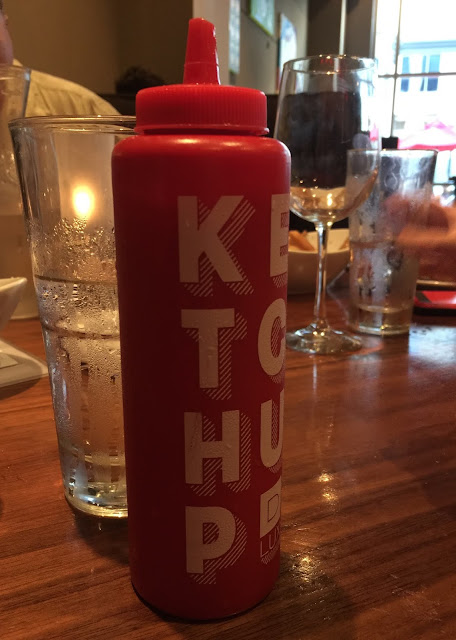 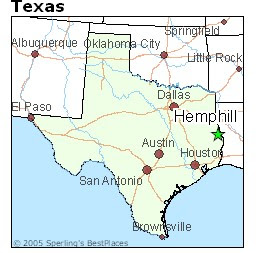 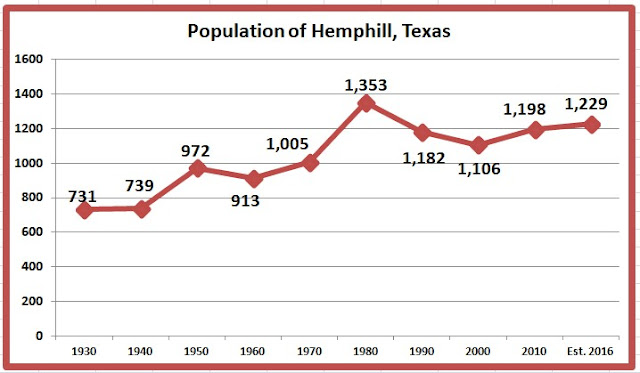 Posted by Retiring Guy at 5:31 PM No comments:

Aretha Franklin's two-sided hit single among the newcomers on Billboard Hot 100 for the week ending August 17, 1968


GROSS: So, I thought we could close with another song. And this is a song that you wrote - that you didn't write for "Promises, Promises," but it's been interpolated into the new production. And the song is "I Say a Little Prayer." And I thought we'd use Aretha Franklin's 1968 recording of it.

GROSS: Yeah. Were you amazed to hear her record this?

Mr. BACHARACH: It's a better record than the record we made.

Mr. DAVID: Mm-hmm. We did, yeah. And we did a great record, but she topped it.

GROSS: Why is this one better?

Mr. BACHARACH: It's just more natural. We were talking about our changes and time changes on the chorus of forever and forever, you stay in my heart, and I will - you know, that's going 4-4, 3-4, 4-4, 3-4. Then regard the way it was treated by Aretha, because Aretha just makes it seamless, the transition going from one change to another change. You never notice it.

How much do you make? CEOs of America's 350 biggest companies leave the rest of us in the dust


Why it matters: Regardless of how it is measured, CEO pay continues to be very, very high and has grown far faster in recent decades than typical worker pay. Higher CEO pay does not reflect correspondingly higher output or better firm performance. Exorbitant CEO pay therefore means that the fruits of economic growth are not going to ordinary workers. The growth of CEO and executive compensation overall was a major factor driving the doubling of the income shares of the top 1 percent and top 0.1 percent of U.S. households from 1979 to 2007. Since then, income growth has remained unbalanced. Profits and stock market prices have reached record highs while the wages of most workers have continued to stagnate.


Divide and conquer:  The war on public employees

Climate change as a matter of fact: Red-hot summer of record heat in Europe 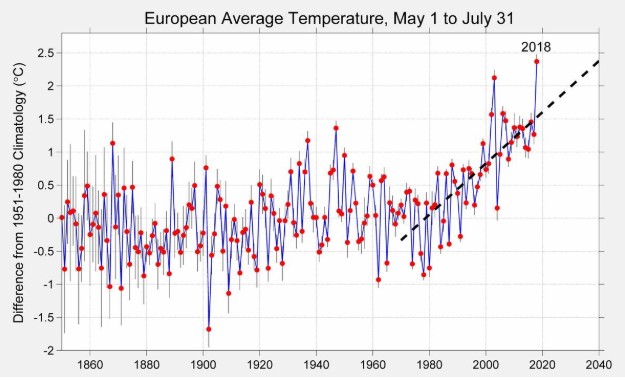 Peeing in public in Paris 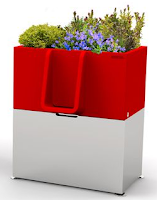 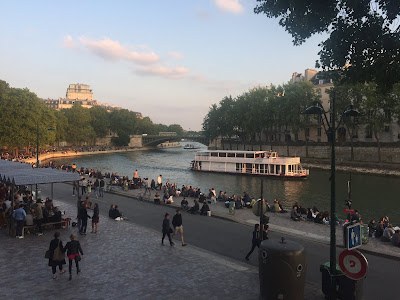 
In Paris, authorities are taking an unusual approach to combat the scourge of public urination: Make urination even more public. The city is experimenting with completely exposed, eco-friendly urinals.

The devices are called "Uritrottoir," which combines the words for urinal and pavement. They're not at all subtle.

They're bright red and in heavily trafficked areas — for example, directly next to the Seine near the Notre Dame Cathedral.

In Trump's America, it's OK to disparage blacks, Mexicans, and foreigners 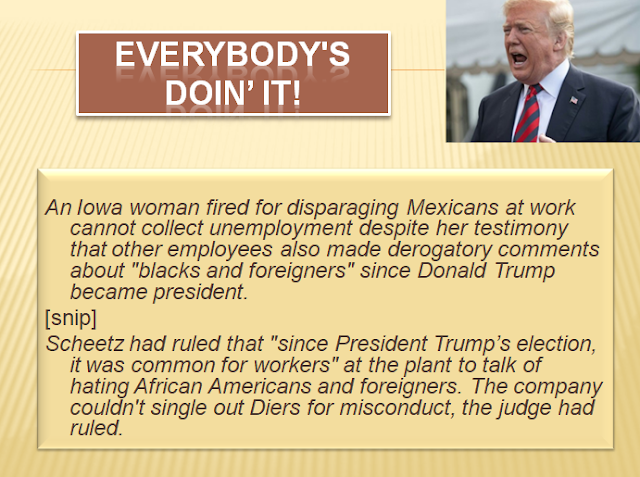 Reported in An Iowa worker fired for disparaging Mexicans says she should get unemployment, arguing such talk is routine after Trump's election.  (Des Moines Register, 8/16/2018)

Related reading:
The rise of Islamophobia and anti-Semitism in Trump’s America.  (SBS News, 1/2/2018)


Aside from hate groups, the SPLC identified 689 active antigovernment groups that comprised the “Patriot” movement in 2017, up from 623. Of these, 273 were armed militias.

Historically, these groups rise during Democratic presidencies out of fear of gun control measures and federal law enforcement action against them. They typically decline under GOP presidencies. This has not been the case under Trump, whose radical views and bigotry may be energizing them in the same way he has invigorated hate groups.

"Bombs bursting in air": The skyrocketing estimated cost of a military Trumpfest


In other words, the groups says, 'Let's get our priorities in order here!"  The American Legion said in a statement Thursday that the organization appreciates Trump's desire to "show in a dramatic fashion our nation's support for our troops." But the veterans group believes that with troops still deployed overseas in the fight against terrorism, "the parade money would be better spent fully funding the Department of Veterans Affairs and giving our troops and their families the best care possible."

Trump has expressed a desire for such a parade for years and was greatly impressed by the Bastille Day march he witnessed on a presidential trip to Paris in 2017.


Maybe we should double-check on those initial border wall cost estimates.

Why Scott Walker is going to lose in November: He never listens, he always shills


And voters are tiring of his act.


"It was pretty convincing," Mayor Dan Devine said of the wide margin. "I hope this strong message sent by voters resonates with the legislature and the governor."


More than 50 municipalities and counties have passed referenda on closing the dark store loophole.

Have you heard Scott Walker speak out on the issue recently?  Not likely, as our governor takes his business marching order from WMC. 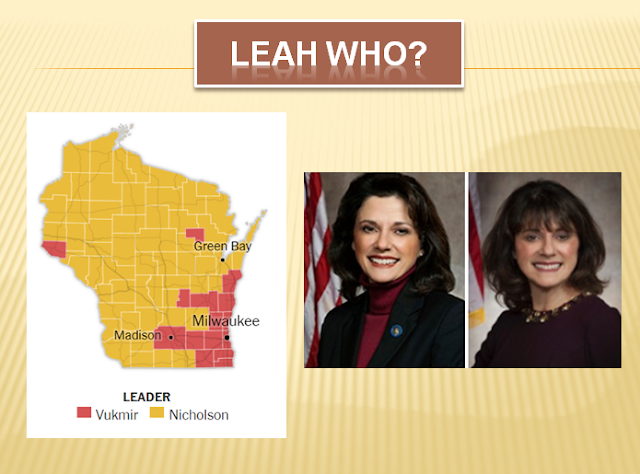 GOP primary voters in west-central Wisconsin appear to have been especially taken in by this central casting version of a candidate.  The highlighted counties are where Nicholson gathered at least 55% of the vote. 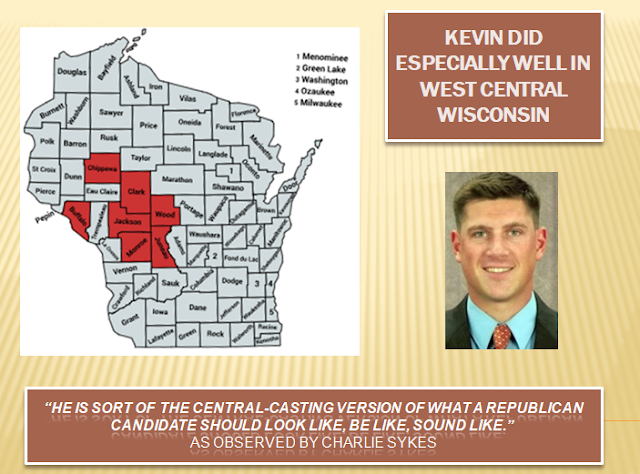 Posted by Retiring Guy at 9:33 PM No comments:

The headline says it all.


Shelia Stubbs, a Dane County Board supervisor, will be the first African-American elected to the state Legislature from Dane County following her primary win Tuesday for Assembly District 77.

The winner of the Democratic primary secured the seat — representing Madison’s South, Southwest and West sides as well as the UW-Madison campus and Shorewood Hills — since no Republican or independent challenger is running for the office. 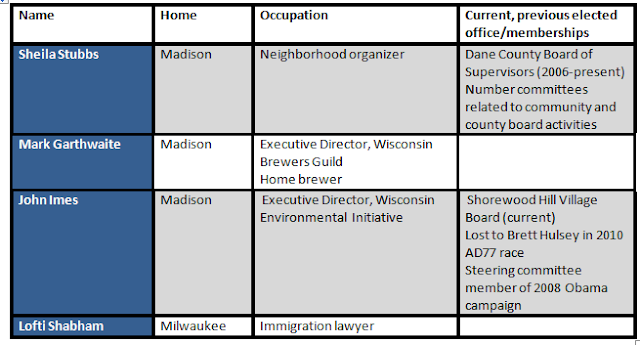 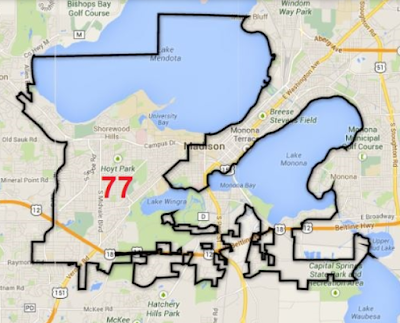 Source:  Ballotpedia
(which does the best job of outlining
The Art of the Wisconsin Gerrymander)

With no Democrat challenger, Ramthun will be uncontested on the Nov. 6 ballot. A native of Kewaskum, Ramthun has served as an executive business management consultant since 2010. 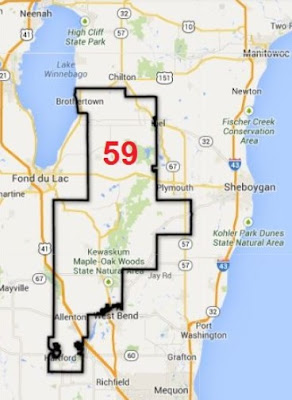 Source:  Ballotpedia
(which does the best job of outlining
The Art of the Wisconsin Gerrymander)