Maybe It's Not Just Me

Excerpt:
SAN FRANCISCO — Alex Payne, a 24-year-old Internet engineer here, has devised a way to answer a commonly asked question of the digital age: Is my favorite Web site working today?
In March, Mr. Payne created downforeveryoneorjustme.com, as in, “Down for everyone, or just me?” It lets visitors type in a Web address and see whether a site is generally inaccessible or whether the problem is with their own connection.

.....Web addicts who find themselves shut out of their favorite Web sites tend to fill blogs and online bulletin boards with angry invective about broken promises and interrupted routines.

Maybe Wall-E had it right with its look into the future. 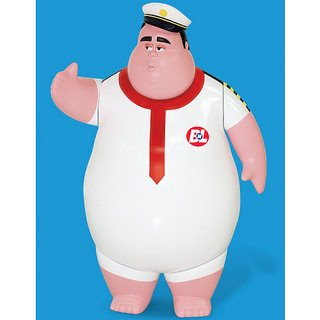 Painting the Library: A Manitowoc Tradition 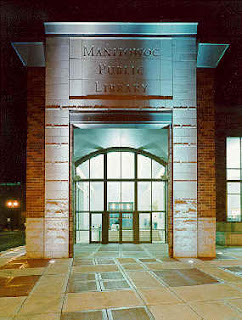 Excerpt:
About 275 kids attended the annual Paint the Library event in honor of Independence Day.

"Ultimately it's kind of providing kids a creative outlet, something to do during the summer, and it's a patriotic event," said Bob Waterbury, who works in young adult services of the library.

Ann Herrmann, youth services manager, said many downtown businesses used to have community members paint their windows, but the library is the only building still taking part in the tradition.

Check out the link to the Library's "Brainstorm", a mural by Caryl Yasko.
Posted by Retiring Guy at 4:57 PM No comments:

Taking the President's Advice a Little Too Literally

AIMRCo describes itself, as a non-profit organization that specializes in gathering, interpreting and distributing data on the online adult market. Through surveys, interviews, and information analysis, we attempt to assess trends and opportunities in the Internet market capitalized on by adult paysites, affiliate sites, and traffic trading sites. Using our connected network of over 400 paysites and 2000 affiliates/traffic trading sites, we gather the data necessary to make informed market trend assessments.

So how come when I google "Kirk Mishkin", AIMRCo's contact, I only get hits about today's news release.

It does pay to do thorough research.
Posted by Retiring Guy at 12:19 PM No comments: 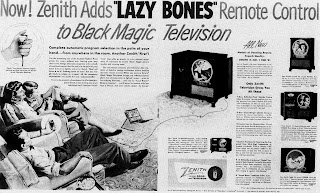 1950 Zenith Remote Ad
Or, after August 29, will he demand that his local library supply him with all his favorite TV shows on DVD?

Link to June 29 Variety post, "TV viewers' average age hits 50. Study: Median age outside the 18-49 demo".
Excerpt:
According to a study released by Magna Global's Steve Sternberg, the five broadcast nets' average live median age (in other words, not including delayed DVR viewing) was 50 last season. That's the oldest ever since Sternberg started analyzing median age more than a decade ago -- and the first time the nets' median age was outside of the vaunted 18-49 demo.
Fueling the graying of the networks: the rapid aging of ABC, NBC and Fox. The three nets continue to grow older, while CBS -- the oldest-skewing network -- has remained fairly steady.
Perhaps I should bookmark this website.
Collection development alert: Burke's Law on DVD. (I'm starting already!)

Link to "Pop Goes the Library" blog. (About: We're public, school, and academic librarians. We believe libraries can learn from and use Pop Culture to improve their collections, services, and public image. We love TV, music, the movies, comic books, anime, magazines, sports, tech, and oh yeah: reading! )
Posted by Retiring Guy at 9:54 AM No comments: 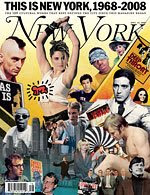 Felker took a New York Herald Tribune Sunday supplement and, in 1968, transformed it into New York, a new genre of magazine, one with an unabashed focus on its namesake city. (Although, in truth, the magazine should have been called Manhattan.) In spite of its purposefully parochial coverage, it has become a standard title in many library's periodical collections.

Link to July 2 New York Times obituary.
Excerpt:
New York’s mission was to compete for consumer attention at a time when television threatened to overwhelm print publications. [Apparently, only the Internet can really carry through on this threat.] To do that, Mr. Felker came up with a distinctive format: a combination of long narrative articles and short, witty ones on consumer services.
Mr. Felker’s New York magazine became a prime practitioner of the New Journalism, again to mixed reactions. The form’s admirers believed it represented events more truthfully than traditional objective reporting could. Conventional journalism, they said, reported what people said; the New Journalists tried to present what people really felt and thought.
Review of The New Journalism, an anthology edited by Tom Wolfe and E. W. Johnson (New York Times, 6/22/1973)
Notes on the New Journalism by Michael J. Arlen, Atlantic Monthly, May 1972.
Whatever Happened to the New Journalism? by Bill Beuttler's website.
New York magazine cover archive.
"Libraries Worldwide" linked tob WorldCat record (Caveat: quick-and-dirty search for record with the most holdings)
New York (1912)
Chicago (611)
Boston (370)
Los Angeles (265)
Link to membership directory of the City and Regional Magazine Association. (Individual member listings include website link for all 201 magazines.)
Posted by Retiring Guy at 7:43 AM No comments:

For Map Lovers (and trip planners) 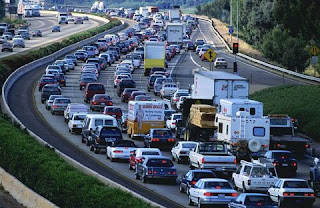 Link to INRIX National Traffic Scorecard to "100 Most Congested Metropolitan Areas".
You can also view individual scorecards.
Milwaukee (46)
Madison (73)
You're on your own for Chicago (3) and the Twin Cities (13).
Posted by Retiring Guy at 11:44 AM No comments:

The Letter of the Law on Copyright 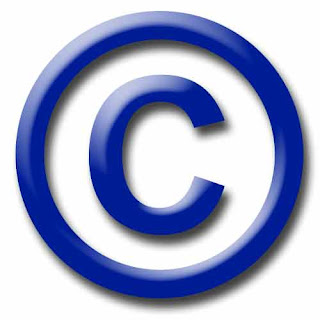 (No photographs for you!)

Link to June 29 New York Times article, "A Look Back at Canarsie, Clouded by Copyright Woes".
Excerpt:
But in April, a few weeks after Mr. Merlis first saw the picture, the historical society, citing copyright concerns, rebuffed his request to use it and a second photograph — for a fee — for use in a forthcoming book on Canarsie, pending further research. Mr. Merlis’s objections became public when he wrote a letter criticizing the decision that was published on June 12 in The Brooklyn Daily Eagle. What is the point of archiving old pictures, he argued, if people can’t use them?
But Deborah Schwartz, president of the historical society, in Brooklyn Heights, said Wednesday that the society was only trying to follow the letter of copyright law. The holders of the copyrights for the pictures — one taken around 1895 and the other in the early 20th century — are unknown, she said, and without permission from them or their estates, the photos cannot be reused for a commercial endeavor. Until, that is, they pass into the public domain, which is due to happen for the older picture in 2015, and for the newer as late as 2045.
Link to April 29, 2008, Techdirt post, "Orphan Works Legislation Would Be A Small But Important Step Toward Copyright Reform". (On which, as you might assume, opinions vary widely.)
Link to LibraryLaw.com, "Copyright and Libraries" links, arranged under the following categories:
Current Awareness
Copyright Law of Special Interest to Librarians
Library Cases (in reverse chronological order)
Legal Memos for Libraries
Library Copyright Guidelines and Articles (and a couple of webcasts)
Especially for Libraries - Copyright Resources on the Web
The Best of the Overall Copyright Resources on the Web
About LibraryLaw.com
Posted by Retiring Guy at 10:17 AM No comments:

Students who will enter grades one through five receive a postcard each week with some math and reading problems to complete. They can check answers at the school's book exchange, which runs from 3:30 p.m. to 5 p.m. every Thursday.

Those who stop by also can win food and other prizes from participating organizations.
Posted by Retiring Guy at 8:23 AM No comments:

Should Be Nominated for Some Kind of Research Award 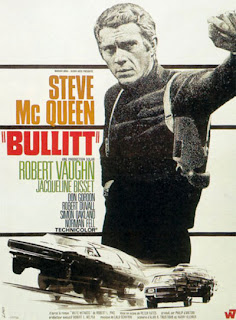 Link to June 30 boingboing post.
A Seero user mapped video of the famous car chase scene from Steve McQueen's Bullit (1968) onto Google Maps. The creator, "Steve McQueen," says: I'm a huge fan of 'the king of cool' and of all movie car-chase scenes. I thought it would be great to mashup famous chases with their GPS tracks. Keep in mind some of the chases cut from one place to another...so I tried to be as accurate as possible.
Collection development alert: I count just 11 DVD copies of "Bullitt" in LINKcat. (One of which is owned by Middleton, in case anyone's wondering.)
Posted by Retiring Guy at 10:56 AM No comments:

Off to the library Wii go: Books making friends with video games

Excerpt:
The Kenosha Public Library system hosted its first Wii Fest in April at Southwest Library. The event, the library system's first foray into video game programs, allowed people 12 and older to try out games on the Nintendo Wii.

The events feature games such as "Guitar Hero," where players strum a guitar-shaped controller, and "Dance Dance Revolution," which involves matching dance steps on a touch-sensitive mat.

Sue Siewert, public services manager for the Kenosha Public Library, said the events are intended to bring people together."

We're picking some games that would have appeal to older people as well," Siewert said. "This is all about getting the different generations to do something together. You're using technology, but it's a really fun thing. And sometimes the kids are training the adults on this."
Posted by Retiring Guy at 10:40 AM No comments: