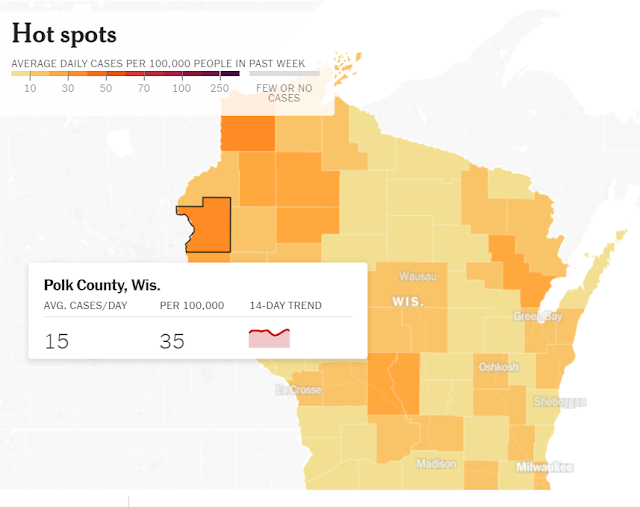 Counties with largest numerical gains = 32 of 72 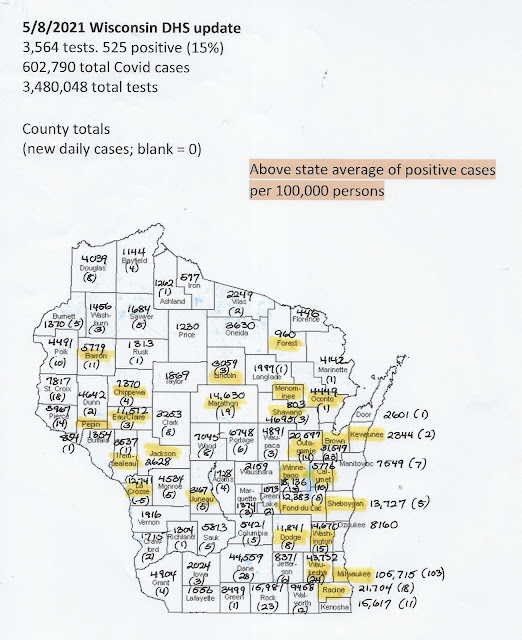 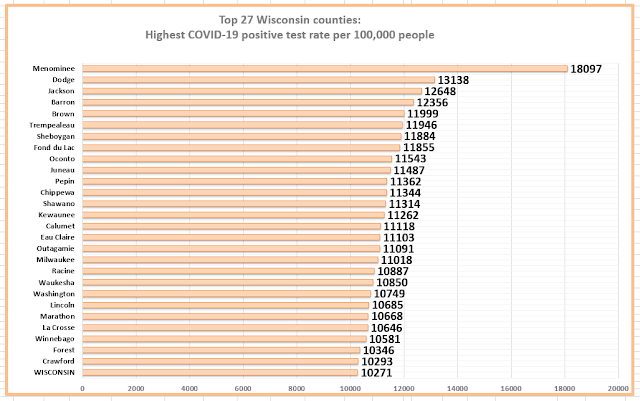 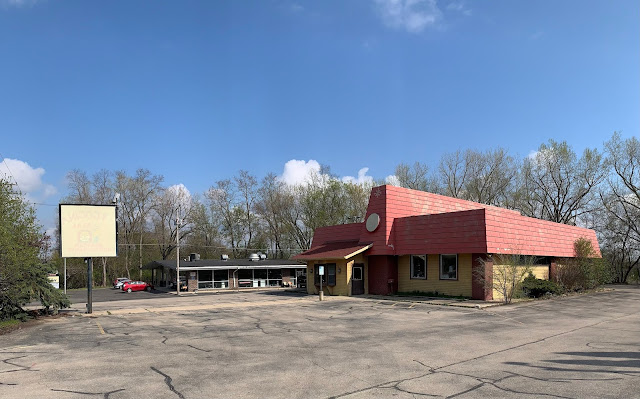 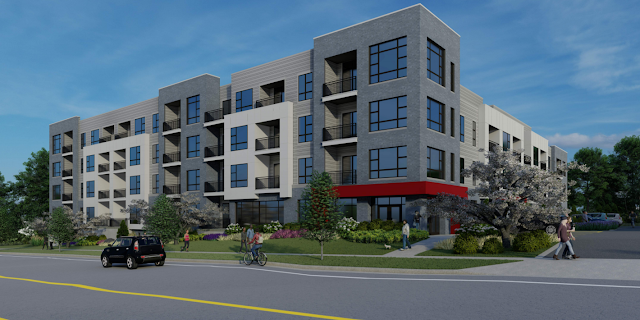 The building in the center of the photo was last occupied by Mi Cocina (now Comina Real at its Allen Boulevard location).  It has stood empty for 9 years.

A laundromat and Milio's sandwich shop operate out of the building to the left. 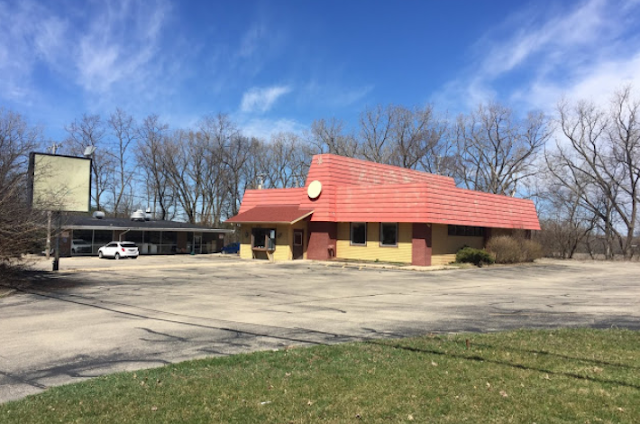 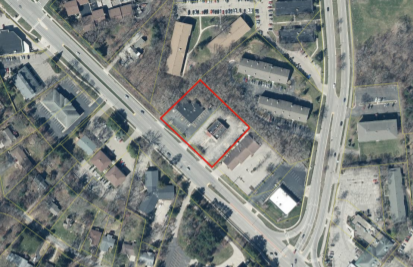 Related post:
Add 2 more locations: Office and retail space for sale or lease along University Avenue between Allen Boulevard and Park Street in Middleton WI.  (5/17/2020)
Posted by Retiring Guy at 6:10 PM No comments:

To Tell the Goof: Will the real Darin Scott please stand up

Posted by Retiring Guy at 5:38 PM No comments: 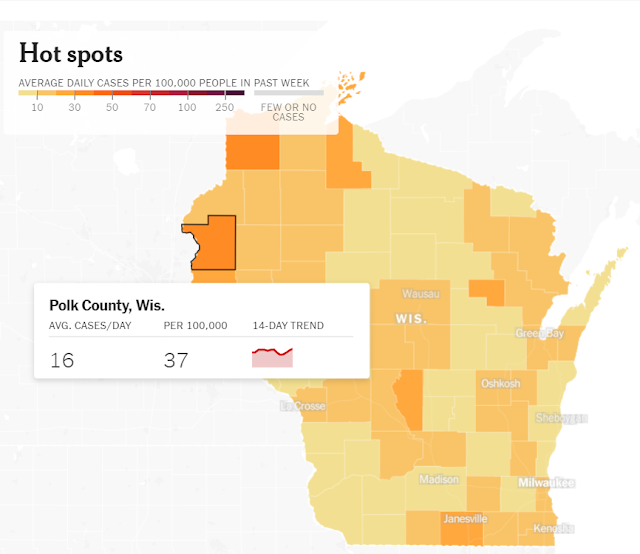 Counties with largest numerical gains = 35 of 72 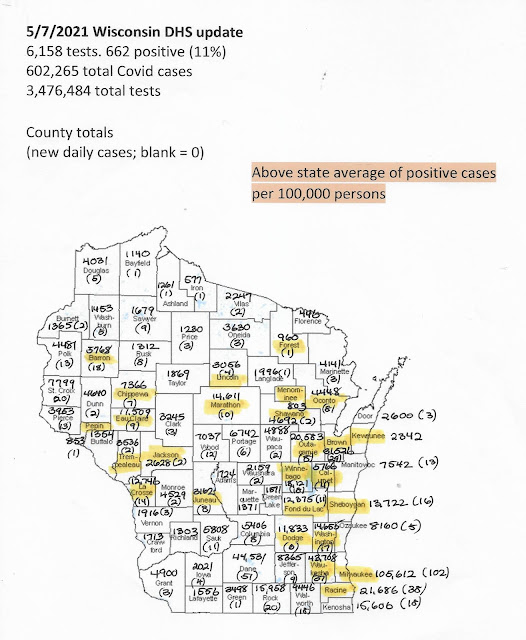 GET ME REWRITE: No, she successfully showed us what a hypocritical, namby-pamby Republican she is 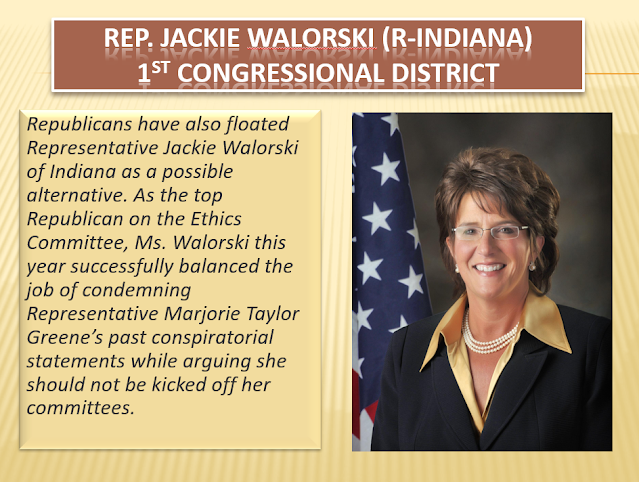 Just another one of the lemmings. 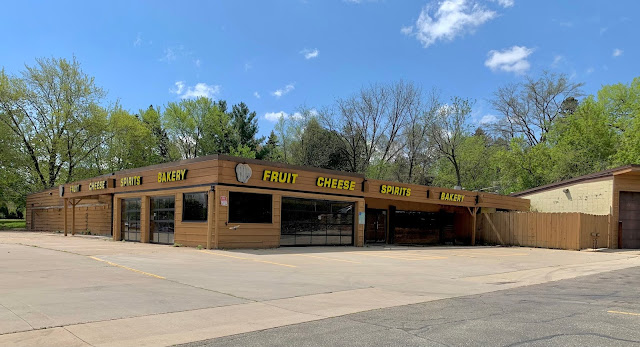 
The 48,000-square-foot building would feature 8,100 square feet of commercial space on the first floor and three upper floors of apartments, ranging from studio to two-bedroom.

One level of at-grade parking and one level of underground parking would provide a total of 89 stalls.

The application describes the look of the building as “clean urban architecture,” with brick masonry and fiber-cement siding.


So far not a peep on Nextdoor from Spring Harbor neighborhood residents.

Photos of huge dent in inventory taken on September 2. 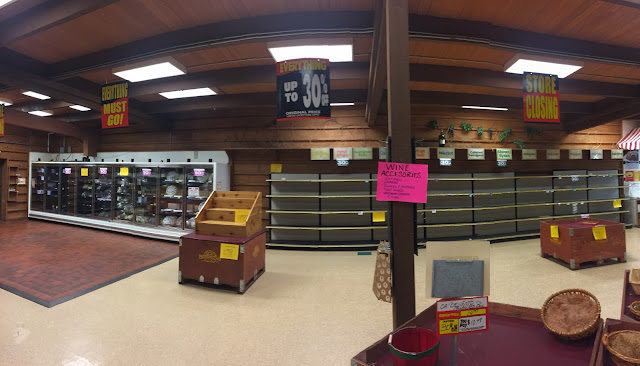 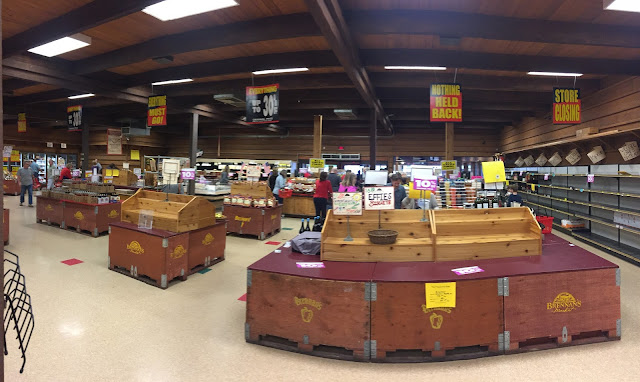 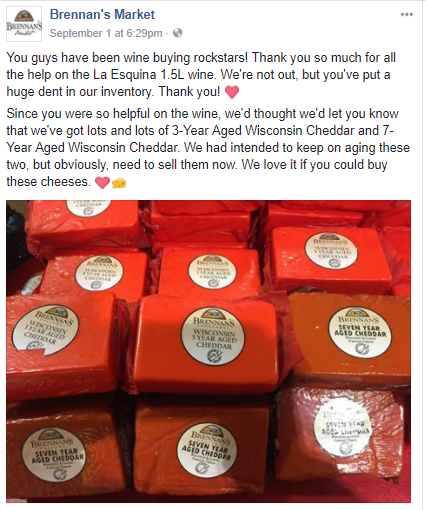 Brennan's, you've put a hole in my heart.

In the middle of the afternoon. 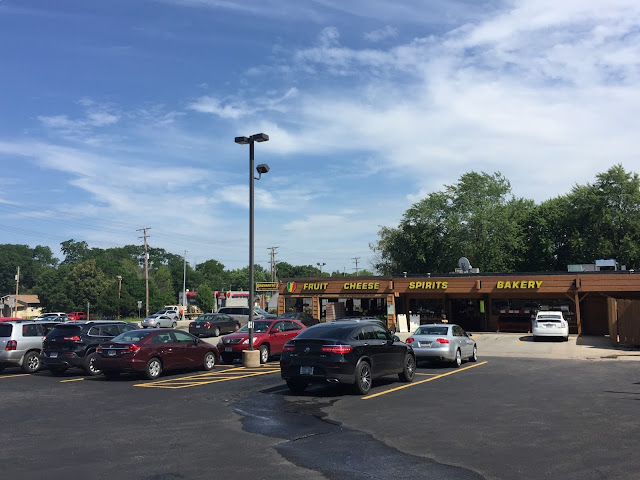 
In 1967, Skip Brennan borrowed $10,000 from a bank to open a store in a Quonset hut on University Avenue in Madison. The structure and a neighboring drive-in, Dog ‘n Suds, were torn down in 1970 to make way for the existing store. He opened the company’s third store on Madison’s North Side in 1975; it closed in 2008. A fourth was added in Brookfield in 1988, after he was offered land on Bluemound Road from Madison-based car dealer John Zimbrick.


My wife and I have shopped here since moving to Middleton in 1986.  The Madison store has always featured outstanding produce -- oranges and peaches (in season), in particular.   We'll certainly miss Brennan's, but just like when Johannsen's Greenhouses closed in 2013, we'll move on.

UPDATE. What was once Mirro is still an empty city block 4 years later

But not for long if things go according to plan. Photos and videos by Retiring Guy 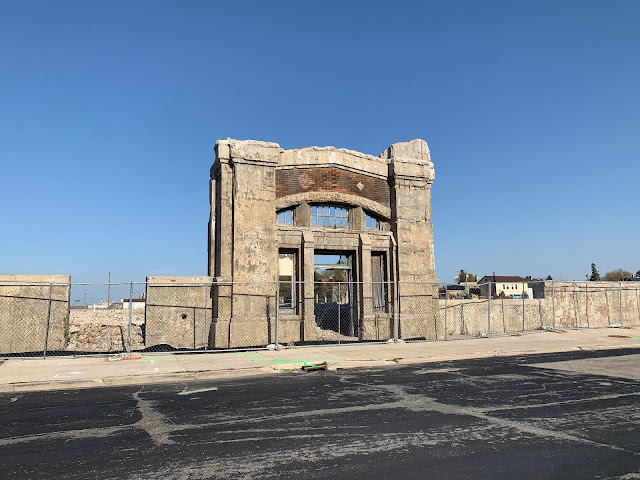 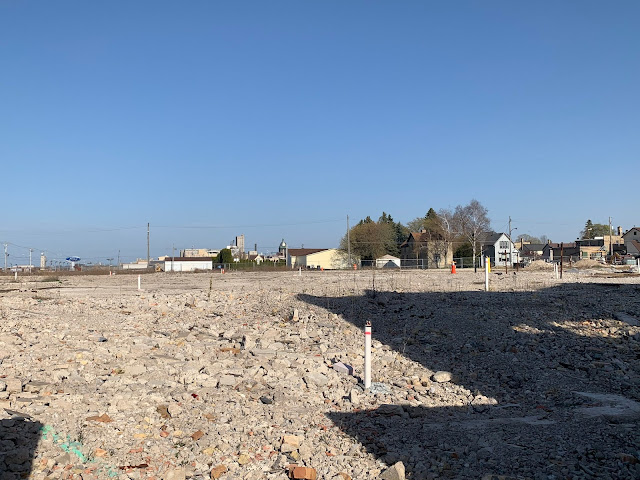 Mayor Nickels says that the Boys and Girls Club will take control of the half of the property located on Washington Street, which would fill the hole that was left with the building’s demolition in 2017.

From the 10th Street bridge 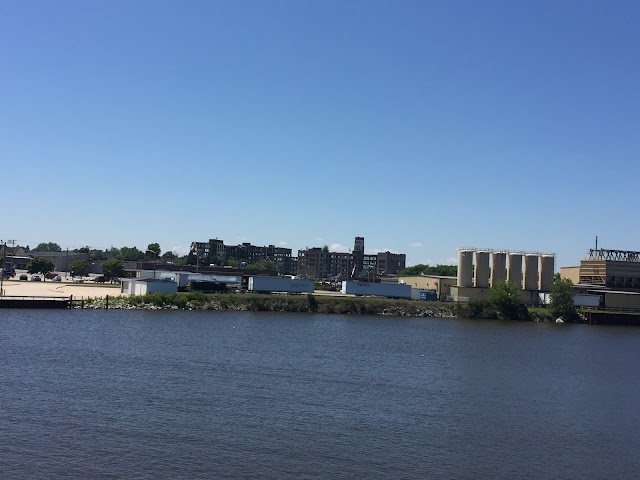 
A live feed to view the work being done on the building is available on the city’s YouTube page. The city also has a page on its website, www.manitowoc.org/2051/Whats-Happening-at-Mirro, dedicated to information about the Mirro project. 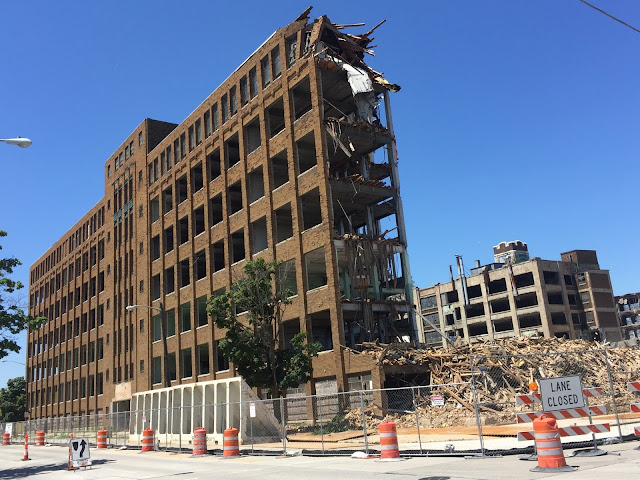 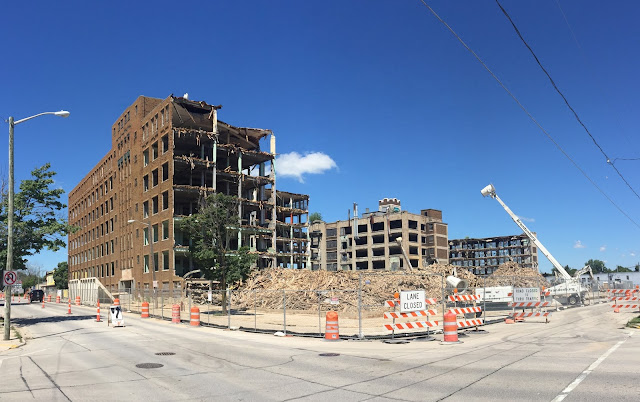 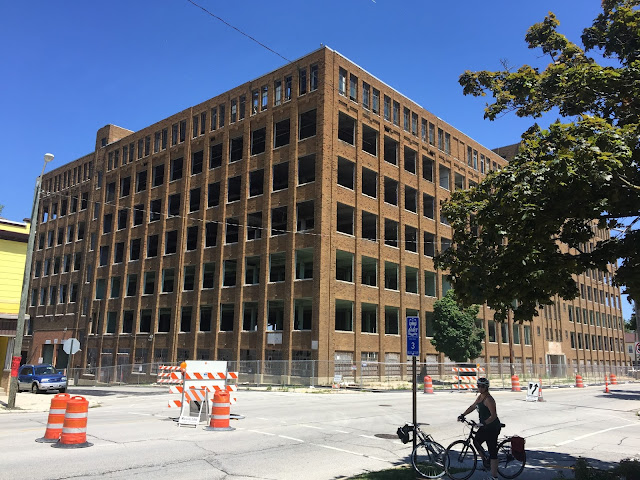 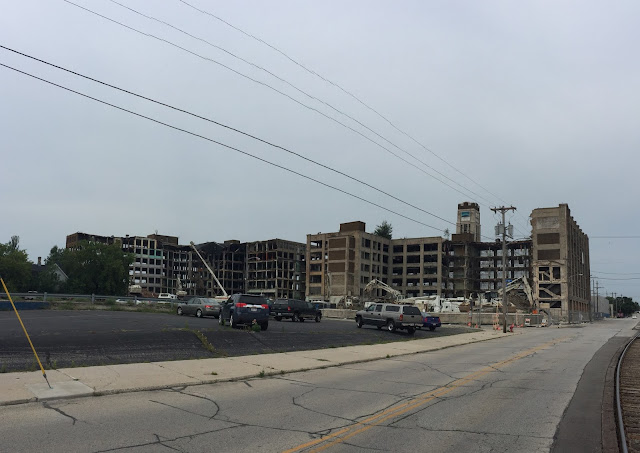 
The city held a kickoff press conference June 9 to start the demolition process. It said no explosions or implosions will be used during the demolition, although work conducted mostly during regular business hours of 7 a.m. to 5:30 p.m. will be noisy. 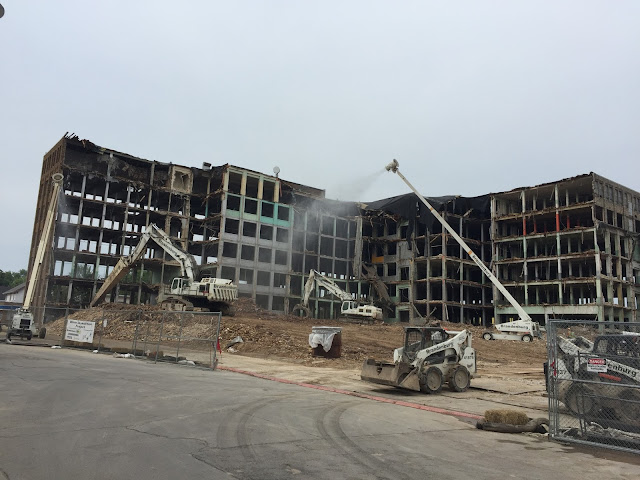 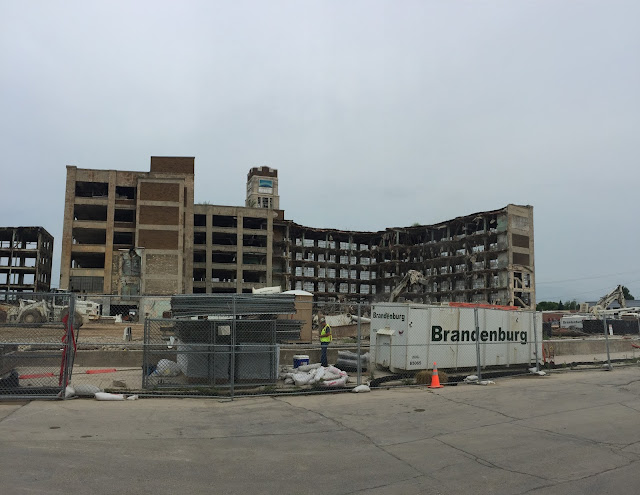 
A small sinkhole appeared, and was quickly repaired, in Franklin Street late Wednesday near the Mirro building demolition site.

Community Development Director Nic Sparacio said they can’t be sure if the sinkhole was caused by the generous amounts of rain the area received recently, or if it was caused by the nearby demolition activitie.

The sinkhole was less than 12 inches across, and crews were able to close the street right away. 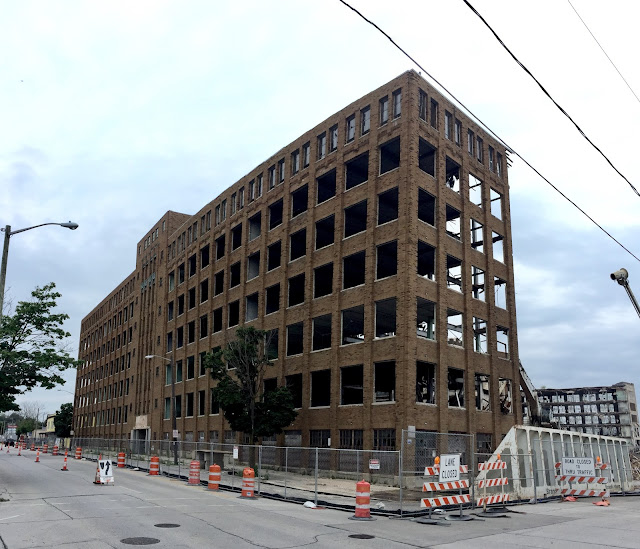 
The building’s demolition will clear the 5-acre site for future development, according to a press release from the City of Manitowoc. The total cost for the demolition and materials disposal is expected to be $3.3 million. The Wisconsin Economic Development Corporation recently awarded $500,000 to Manitowoc under their Idle Sites Redevelopment Program.


From the same article cited above.


According to a fact sheet distributed by the city, heavy machinery will be used to deconstruct the building and water will be used to control dust and debris. A debris shield will also be put in place as an extra precaution. The debris will be moved to the Waste Management solid waste landfill and steel will be recycled. 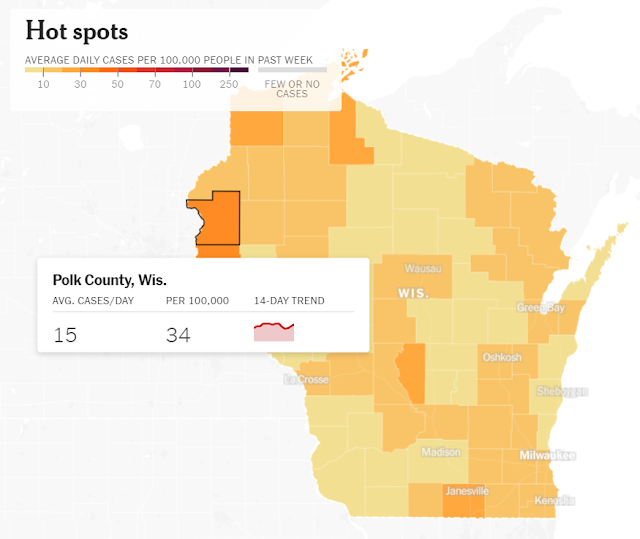 Counties with largest numerical gains = 34 of 72 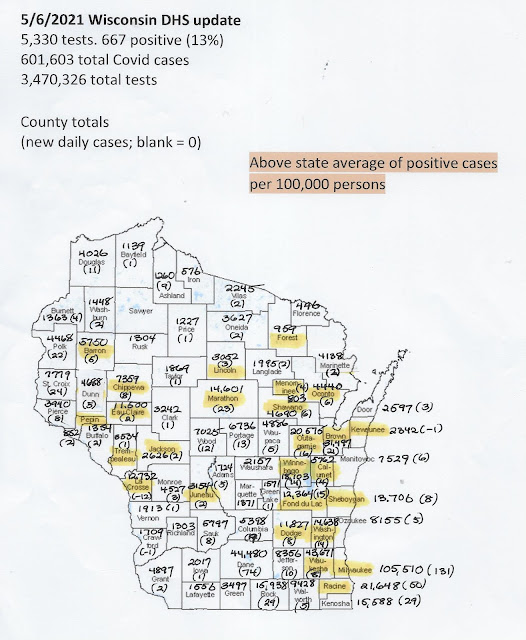