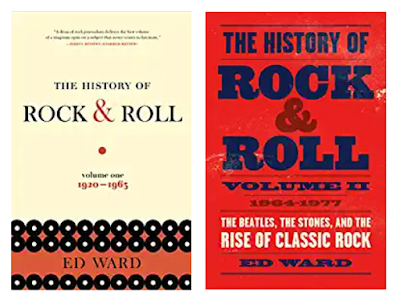 Mr. Ward began writing, first for Crawdaddy and then for Rolling Stone, while attending Antioch College in Yellow Springs, Ohio. In 1970, the year he would have graduated, he replaced Greil Marcus as the record review editor of Rolling Stone.

Mr. Ward’s review of the Beatles’ “Abbey Road” (1969) in Rolling Stone demonstrated his tough side: He called “Sun King” the album’s “biggest bomb” and its second side “a disaster.”

Mr. Ward was fired from Rolling Stone after a few months (he didn’t get along with Jann Wenner, the publisher), then became the West Coast correspondent for the rock magazine Creem, a post he held for most of the 1970s. He left in 1979 to write about the thriving music scene in Austin as a music critic at The American-Statesman.

Always something of a poseur, in Retiring Guy's estimation.