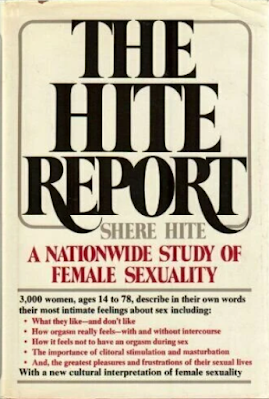 Not much of a long-term shelf life in the South Central Library System.

Her most famous work, “The Hite Report: A Nationwide Study of Female Sexuality” (1976), challenged societal and Freudian assumptions about how women achieved orgasm: It was not necessarily through intercourse, Ms. Hite wrote; women, she found, were quite capable of finding sexual pleasure on their own.

However obvious her conclusions might seem today, they were seismic at the time and “sparked a revolution in the bedroom,” as Ms. magazine reported. For all the women who had faked orgasm during intercourse, the Hite Report helped awaken their sexual power and was seen as advancing the liberation of women that was rapidly underway.