GET ME REWRITE: After twiddling their thumbs for 7 months, Winnebago County supervisors realize they have a crisis on their hands 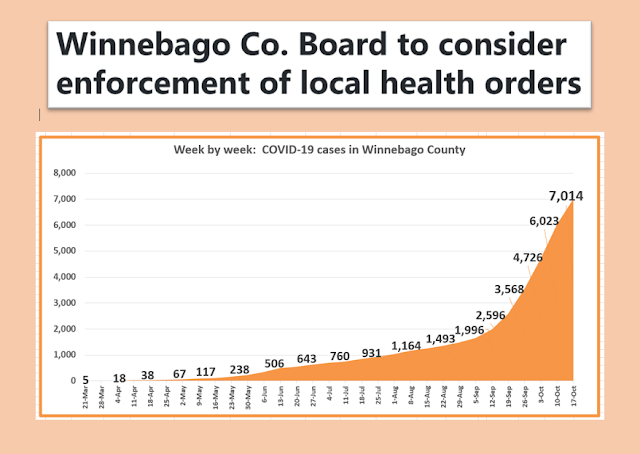 Unfortunately, Katie, the virus isn't done with them

Not unless they are willing to change their behavior for another six months or so. 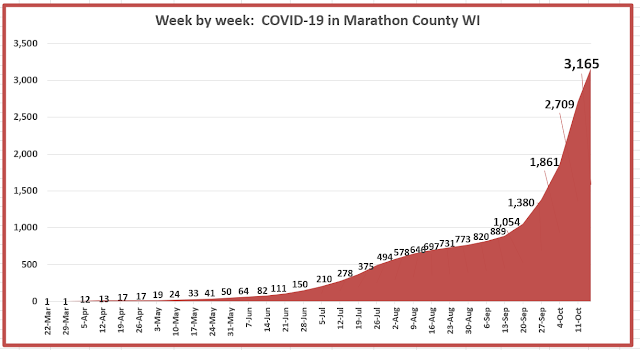 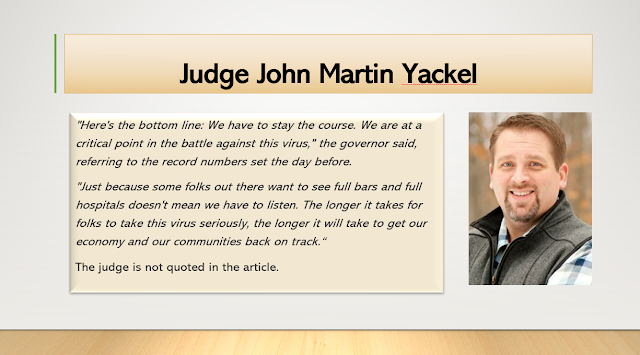 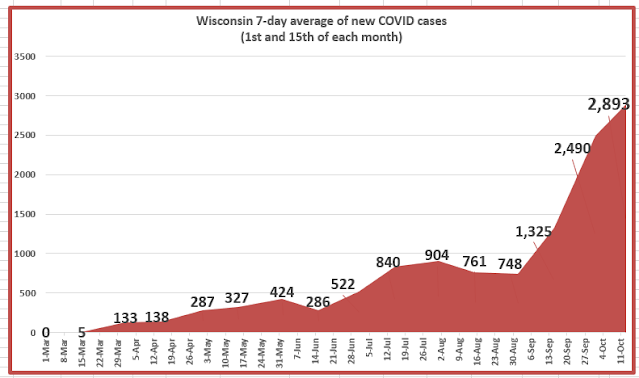 That's not how it looked back in May.

No other state is covered by such a large amount of red.

GET ME REWRITE: Sauk County Wisconsin is already making amends for its 2016 brain cramp 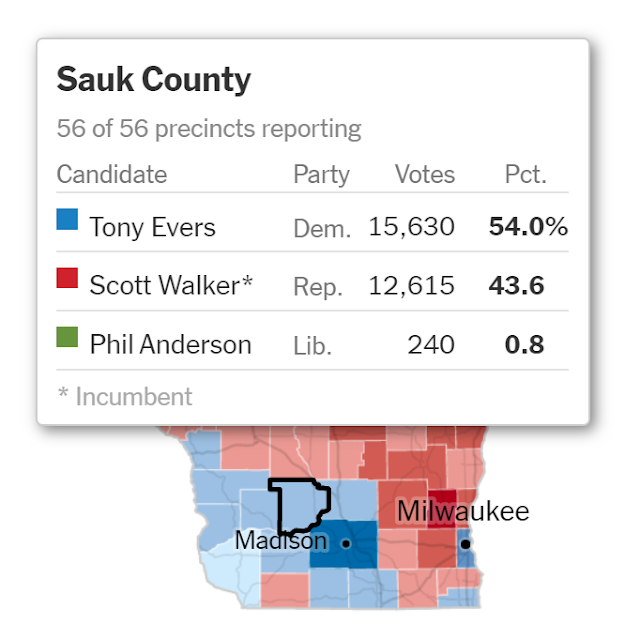 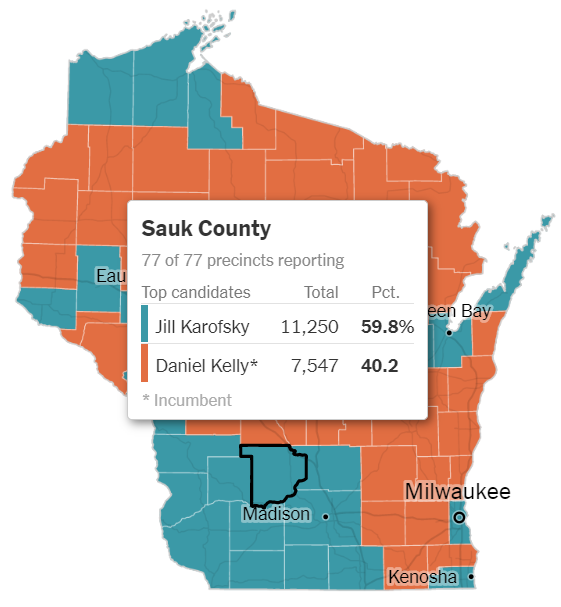 No code ot break or puzzle to crack this year.  Just look at the numbers.  Sauk County voters have already revealed their hands.

"It's hilarious," said Kari Walker, whose city and county (Sauk) typify the swingiest tendencies of this battleground state at the forefront of the 2020 election.

"I think all the journalists are hoping that somebody in an interview is going to help them break the code, crack the puzzle, and they're going to figure out why Sauk County has picked the winner (so often), and 'Who is Sauk County going to pick this time?'" said Walker, co-owner of Beastro & Barley, a downtown tavern and restaurant.

Posted by Retiring Guy at 1:36 PM No comments: 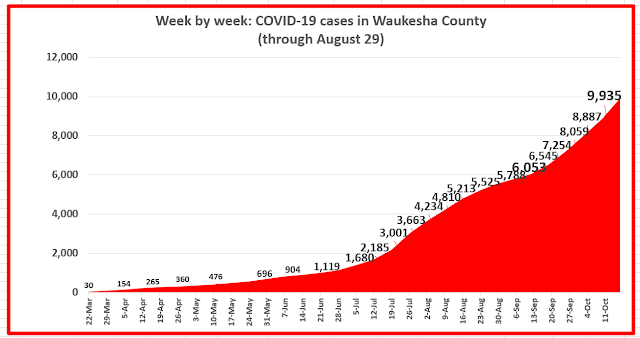 Wisconsin Department of Health Services
From March 11 through July 31, Waukesha County reported a total of 805 Covid cases, an avarege of 5.6 new cases per day.

Since July 31, the county has reported an additional 9,130 cases, an average of 120 new cases per day.
The numbers belie Sonny's optimism. 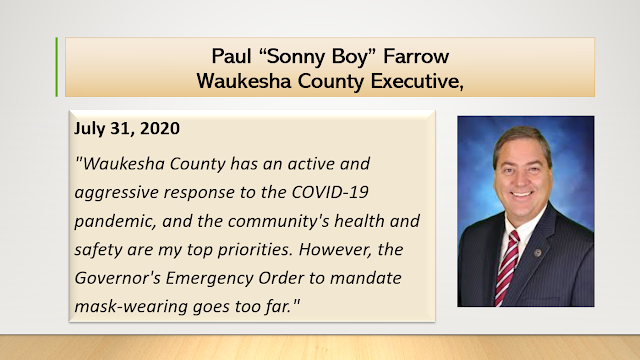 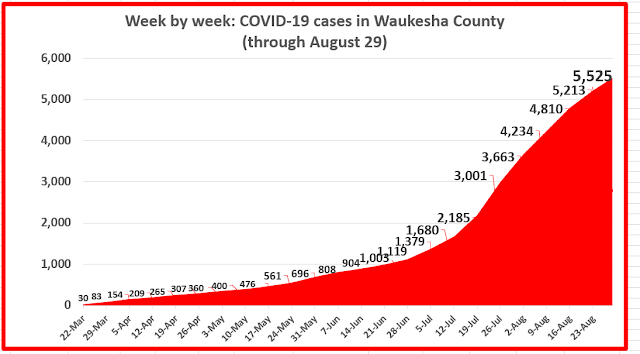 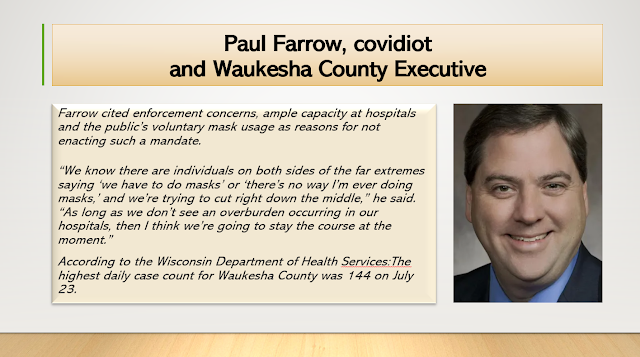 There won't be a mask mandate in Waukesha County due to enforcement concerns and ample hospital capacity, Farrow says, (Milwaukee Journal Sentinel, 8/2/2020)

Waukesha County is #9 on the positive hit parade. 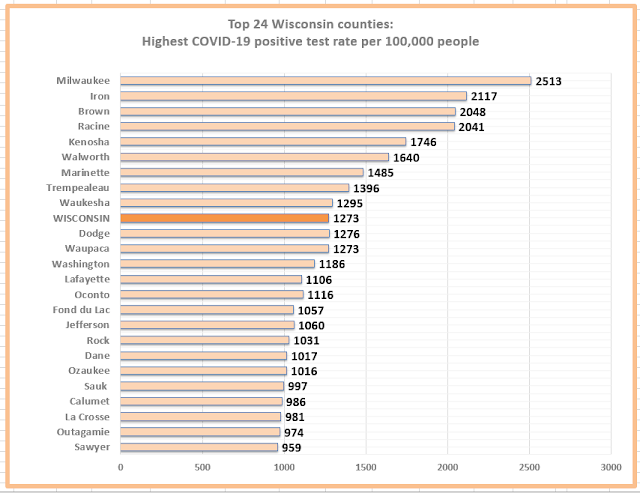 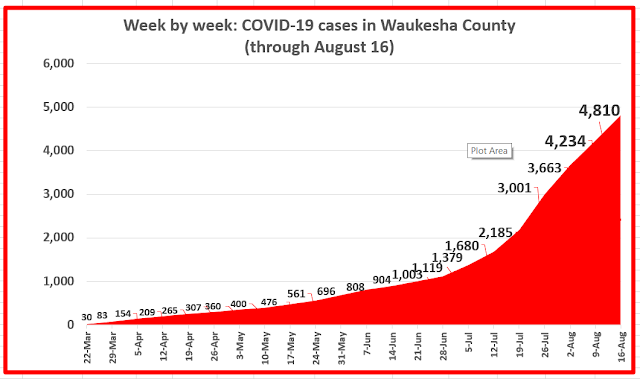 It's not working, Paul.

The fantasy that Waukesha County Executive promoted in May. 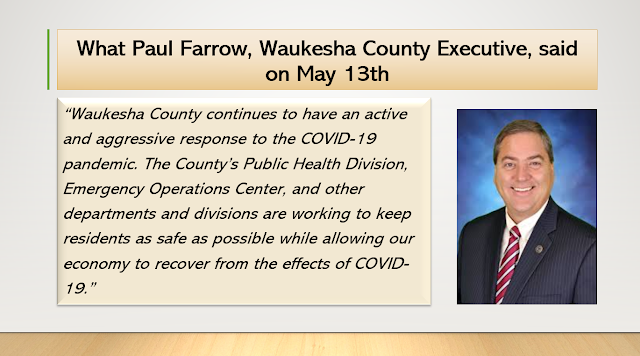 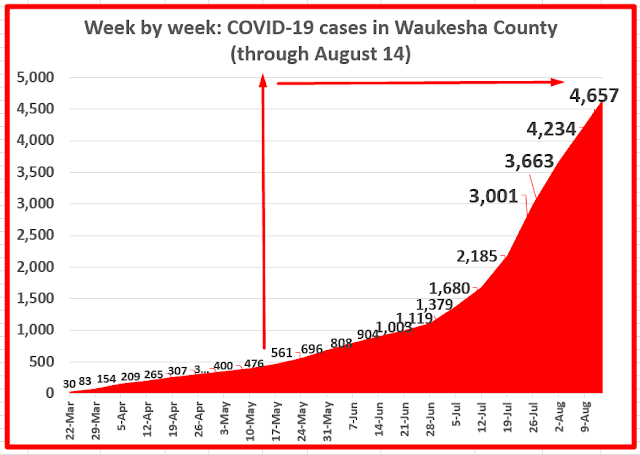 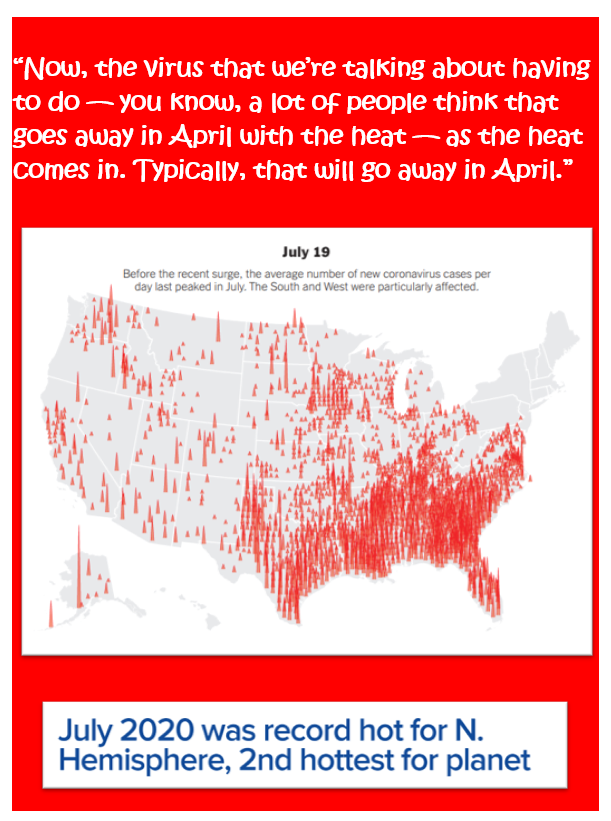 Sources:
Posted by Retiring Guy at 5:29 PM No comments: 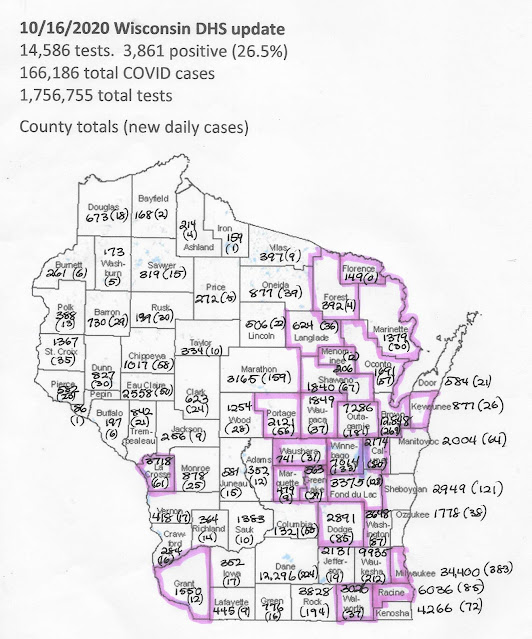 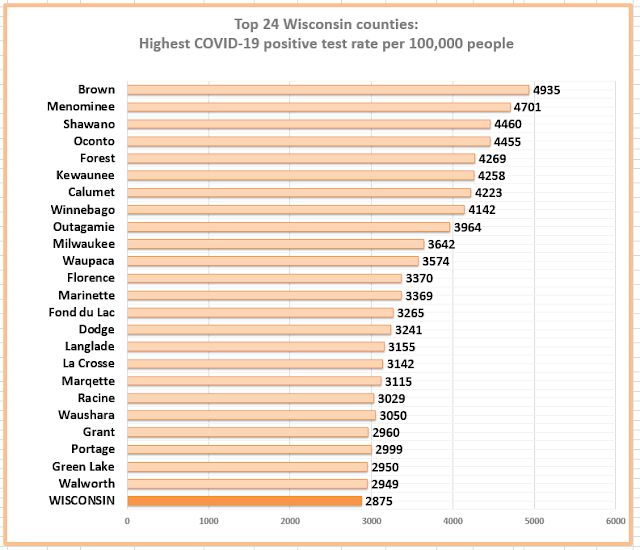 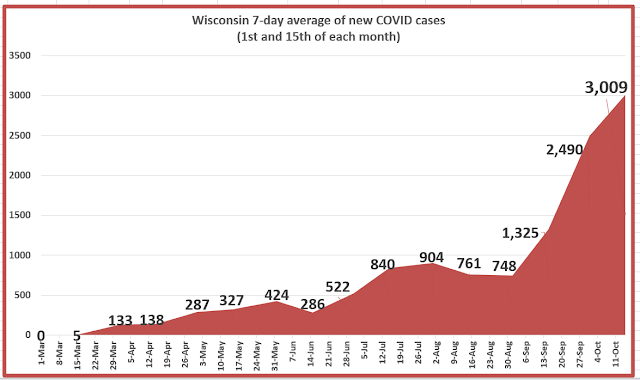 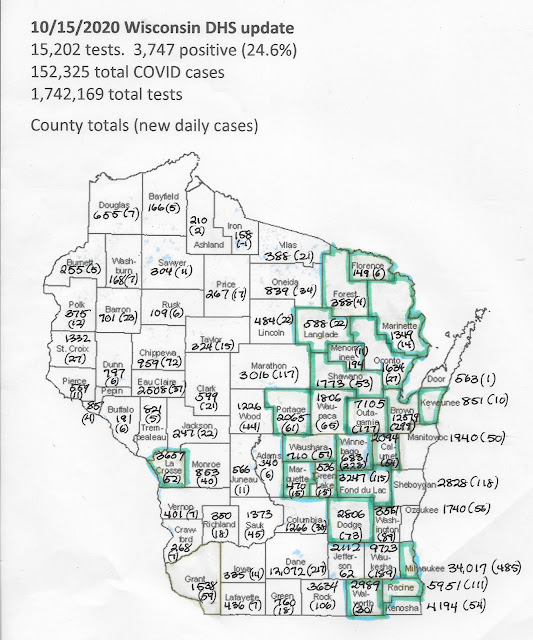 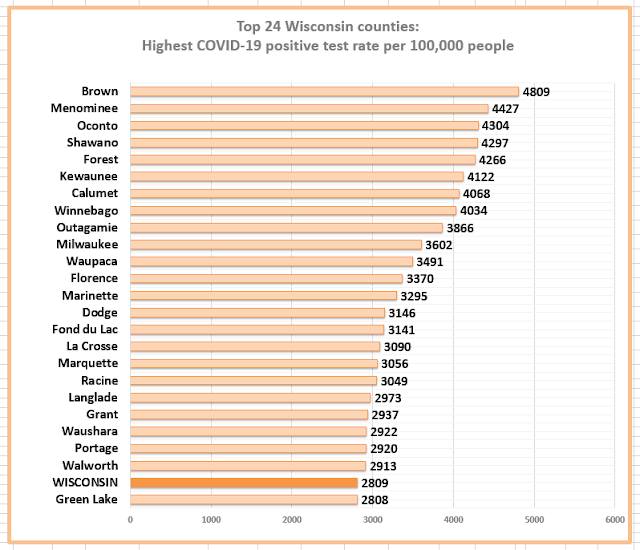 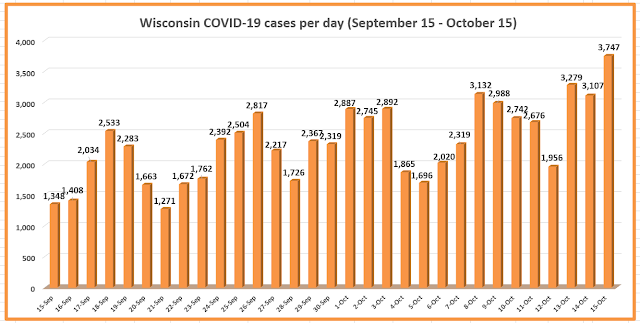 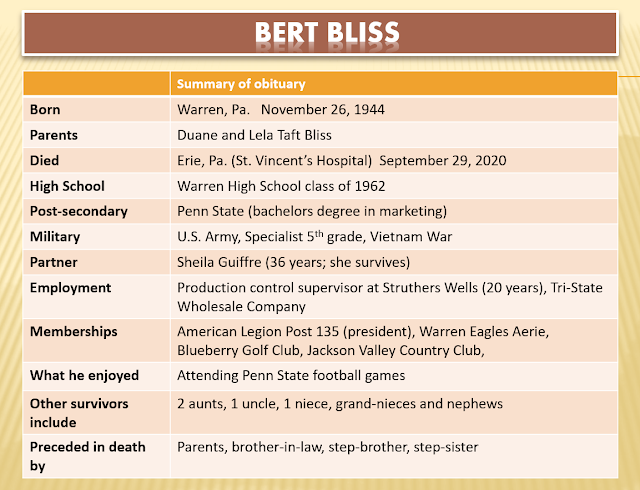 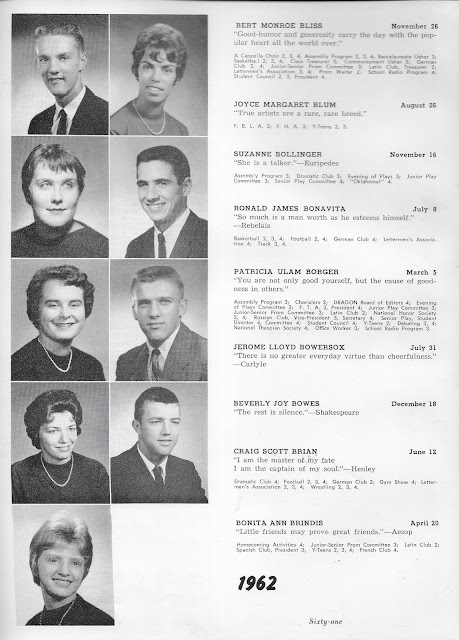 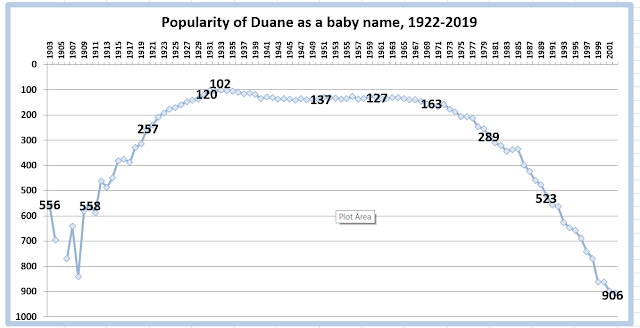 Wisconsin 2020 elections: Who's running in the 83rd State Assembly district? 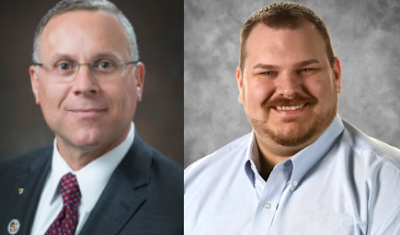 Alan DeYoung describes himself as 'moderate, pro-business Democrat, fiscally conservative'.  The district includes a chunk of Waukesha County.  This is Alan's first run for elected office. 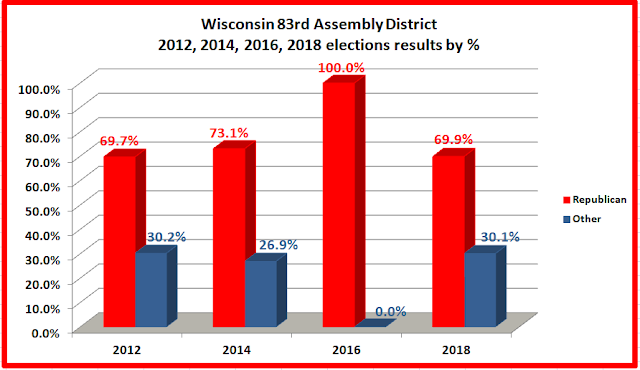 The Squiggly, Jigsaw Art
of the Wisconsin GOP Gerrymander 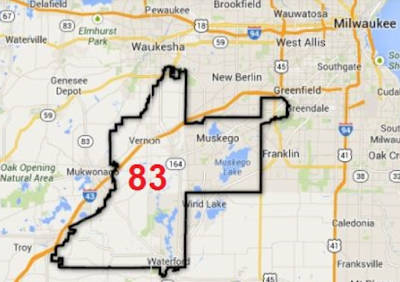