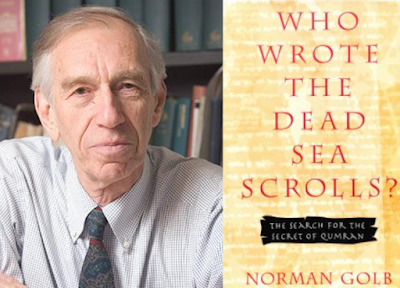 But Norman Golb, a maverick professor at the University of Chicago, took issue with that thesis, and in time he galvanized a few other scholars to question it as well.

He argued that the scrolls encompassed the thinking of diverse communities of Jews in the Holy Land, not just a fringe sect, and that they had originally been moved from libraries in Jerusalem to the caves near Qumran to safeguard them from the anticipated Roman siege of the city in A.D. 70. The scrolls, he said, suggested that Christianity arose out of a dynamic and rapidly evolving Jewish culture rather than from a single narrow offshoot.