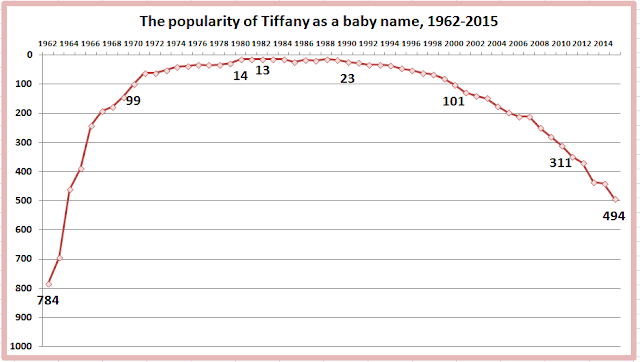 Posted by Retiring Guy at 10:06 PM No comments: 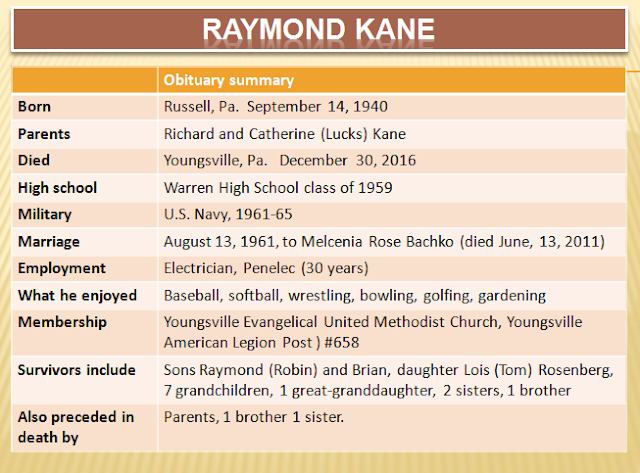 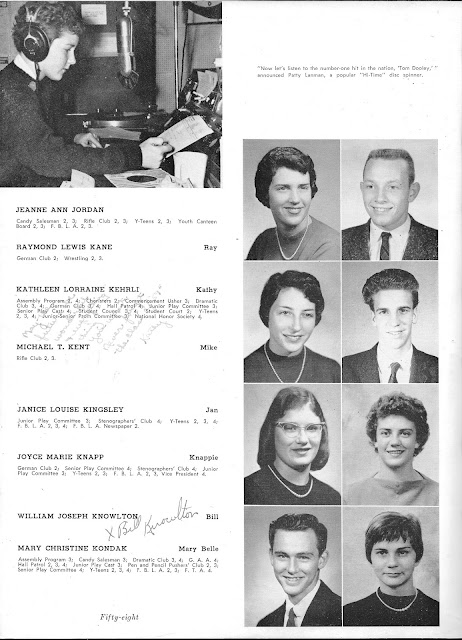 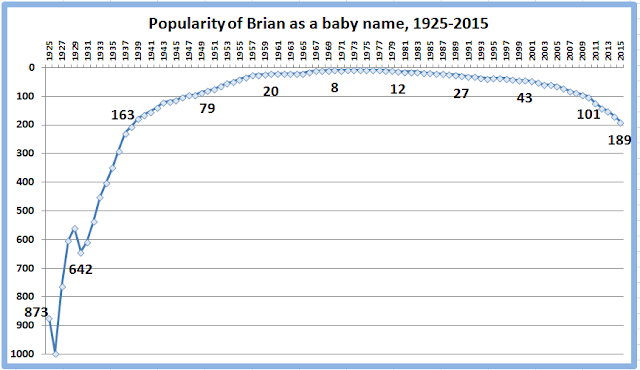 UPDATE. Dear Henderson County residents, You're as likely to be killed by your own furntiure as you are by a terrorist


Source of blog title:  Life Insurance Quotes, Deadly Statistics.  (Both are 1 in 20 million.)


Here in Henderson County, an upper-middle-class patch of western North Carolina where solid suburban homes stand next to hilly apple orchards, Mr. Trump’s tone did not appeal, but the underlying message hit home. Immigration looms large here: Hispanics now make up about 10 percent of the population. 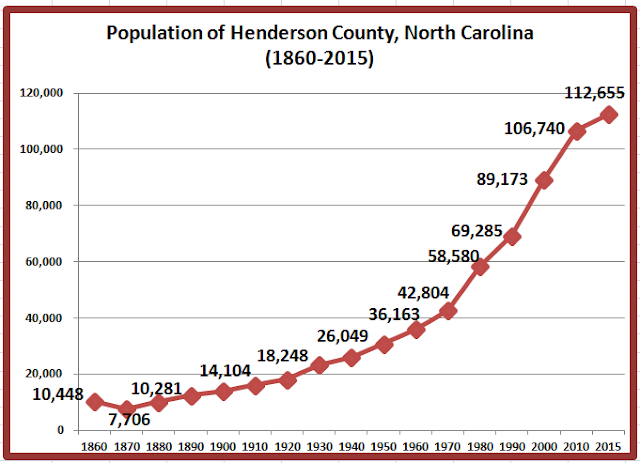 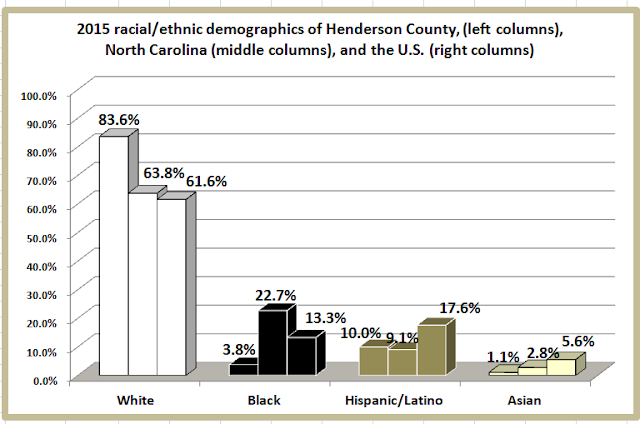 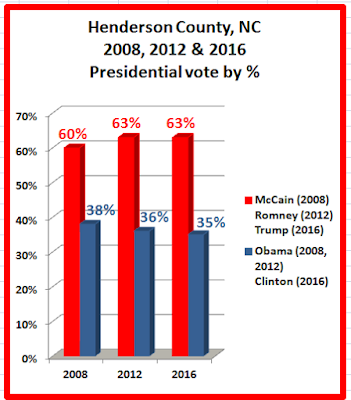 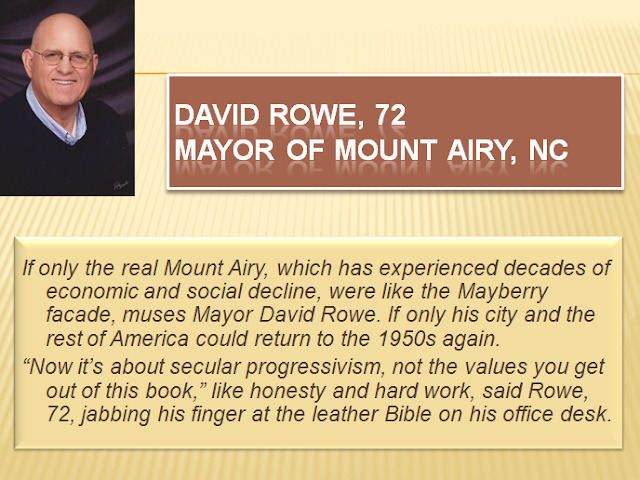 Reported in How nostalgia for white Christian America drove so many Americans to vote for Trump.  (Washington Post, 1/5/2017) 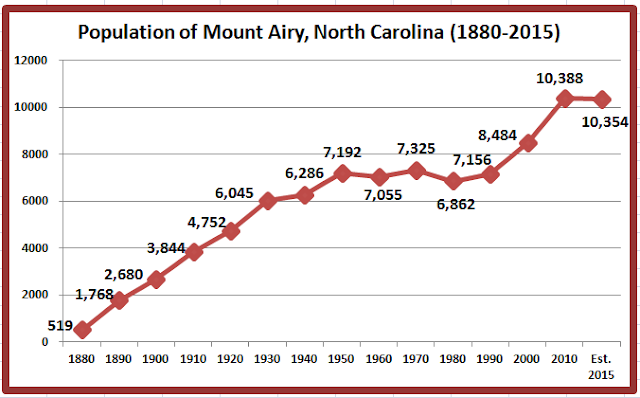 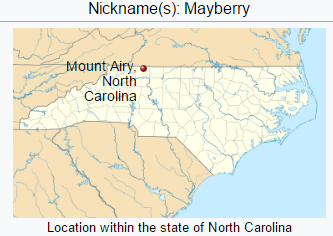 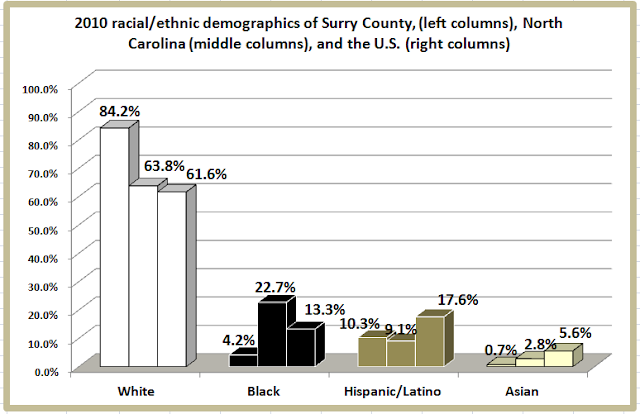 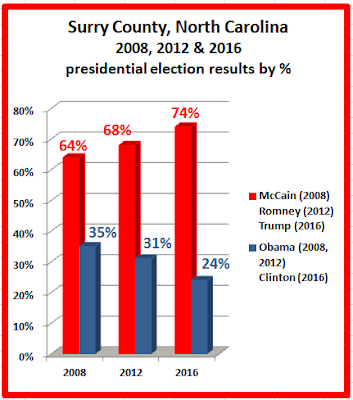 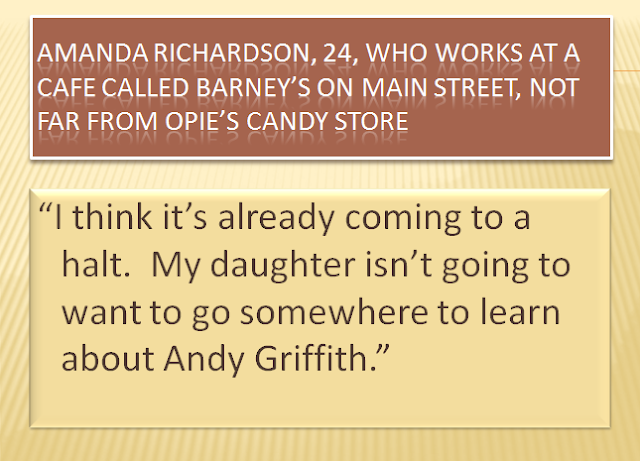 But if she does, I recommend she starts here.


When it comes to what the robot can actually do, it is similar to Amazon's Echo or Google Home. It can respond to your questions by looking up information for you, and can control all of your smart devices and internet-connected products you may have around your home. Where it differs from its rivals is in its ability to be proactive. It could predict whether you might want to listen to music when you get home from work for example, as well as what you might like that music to be.


Buyer beware.  (From the video.)  Several of Olly's functions did not work when it was demoed but it is due to go on sale later this year.


Available later this year at $800-$1000. Lynx is on display at CES 2017. We got to see the cute little guy doing a dance and striking various poses. Lynx will show you how to do various exercises and thus help you with yoga, but though its flexible and quite capable of shuffling, I was disappointed to found out it's not great at moving forward or backward. I'd thought Alexa would be able to follow you around or find you, but Lynx scoots forward too slowly to be useful.

When WI Attorney General Brad Schimel sez "kick ass every day", what does he mean exactly? 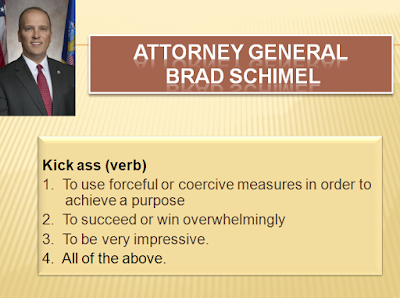 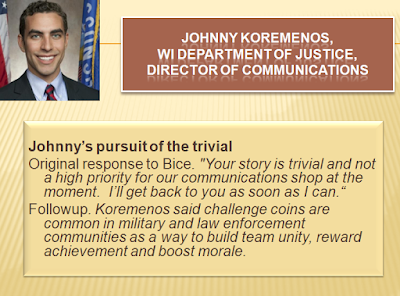 My guess is that it's a different idiom for Mr. Schimel when it comes to Scott Walker.

UPDATE. Randy Hopp's objection only serves to shine a light on his negatives 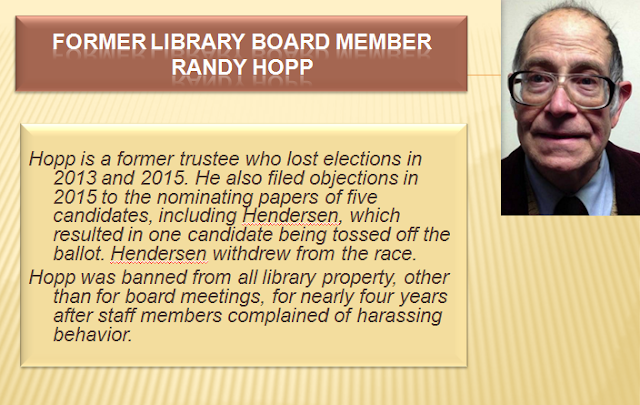 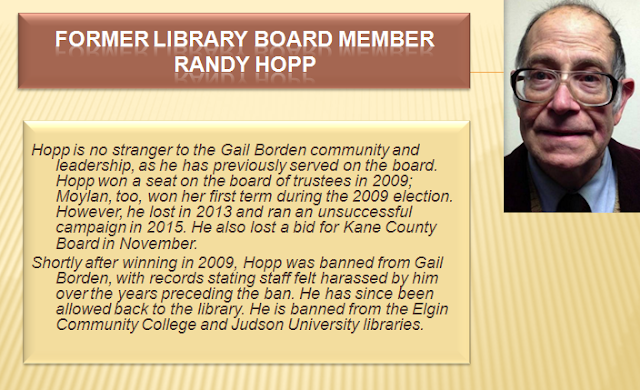 Two of the bans are still in effect. 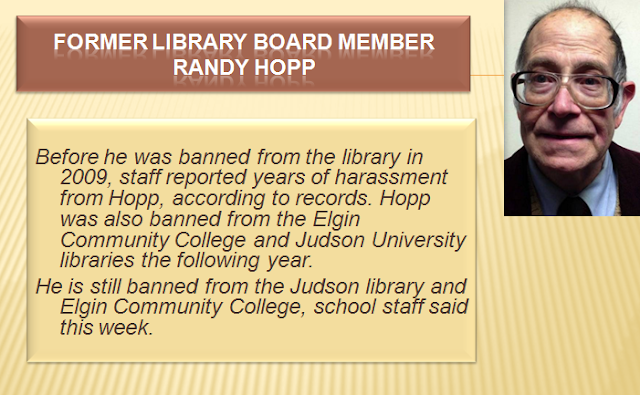 
The LG Hub Robot features a circular "face" with a screen displaying eyes -- perched atop a softly conical white body. The robot can re-orient itself to face the user and bob along with music it's playing. The screen can also display images and videos, although how exactly it accesses these is currently unclear. 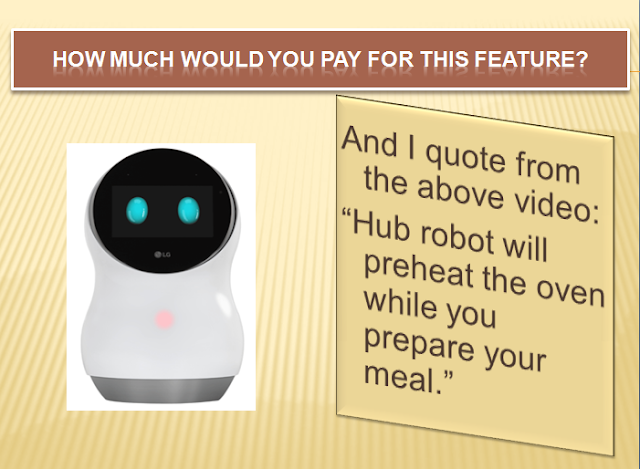 Posted by Retiring Guy at 9:27 PM No comments:


The $160 set, coming in the second half of 2017, comes with instructions to build five different things out of the box: "Vernie the Robot, Frankie the Cat, the Guitar 4000, the Multi-Tool Rover 4 (M.T.R.4), and the Autobuilder." After that, any existing Legos can be glommed onto new creations, according to Lego: "a walking base for making animals like a dragon or a pony, a driving base for building vehicles like a dune buggy or rover, and an entrance base so that children can make their own castle, fort, or even a futuristic space station." The kit is targeted at kids 7 and older.


You'll have to wait til the end of the year if you're smitten.


Supposedly, Kuri can also recognize faces and context and adapt its responses accordingly. Those responses include chirps and nods, since Kuri doesn't talk, though it will play podcast, music and tell stories. It also has LEDs built into its chest that can change colors. 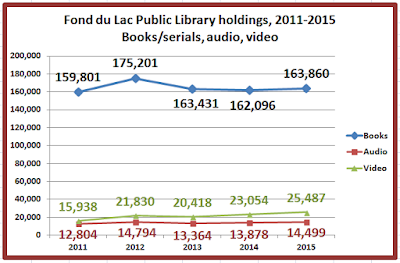 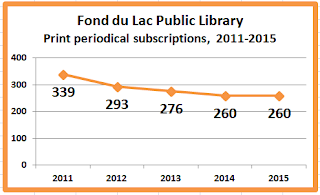 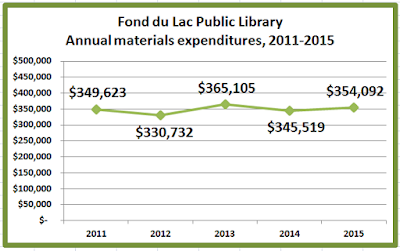 Posted by Retiring Guy at 7:19 PM No comments:

Posted by Retiring Guy at 11:04 AM No comments:

Are the first 3 words of this headline really necessary? 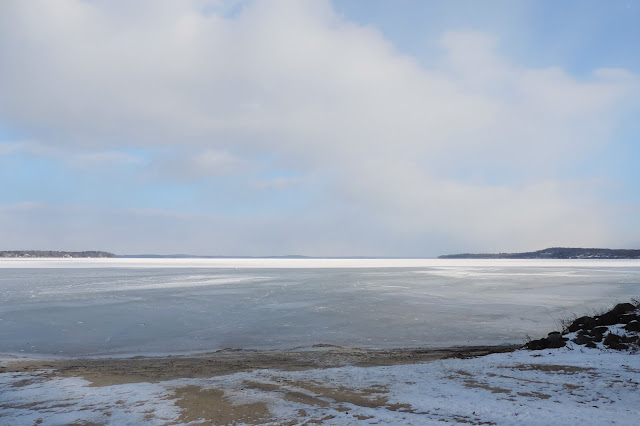 Retiring Guy returned to his car with nearly numb fingers after taking his own shots of 'ice, ice baby' on Lake Mendota.  (From the Marshall Park beach.)
Posted by Retiring Guy at 8:09 AM No comments:

Carnage on the road: Not to mention the fact that cars today offer many more distractions


As my wife and I recently learned after buying a new car for the first time in 10 years. 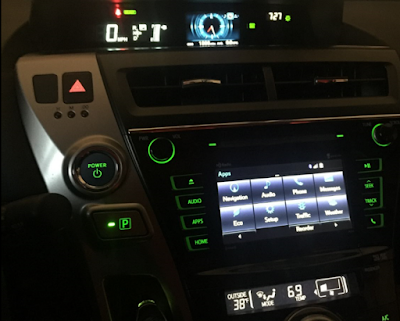 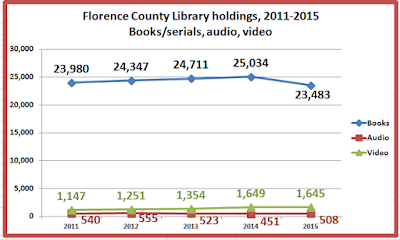 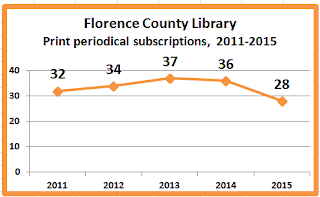 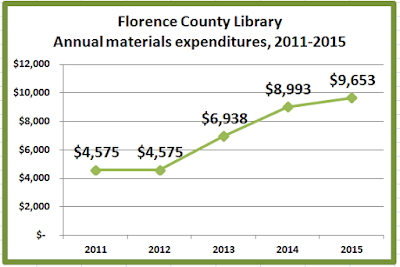 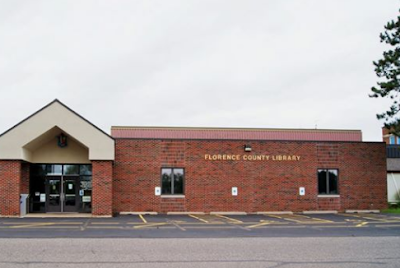 Posted by Retiring Guy at 8:16 PM No comments: