And taking lots of notes.

In lieu of Big Brother
Link to July 30 Wall Street Journal article, " The Web's New Gold Mine:  Your Secrets." (via Technologizer)

Excerpt: Hidden inside Ashley Hayes-Beaty's computer, a tiny file helps gather personal details about her, all to be put up for sale for a tenth of a penny.

The code knows that her favorite movies include "The Princess Bride," "50 First Dates" and "10 Things I Hate About You." It knows she enjoys the "Sex and the City" series. It knows she browses entertainment news and likes to take quizzes.

"Well, I like to think I have some mystery left to me, but apparently not!" Ms. Hayes-Beaty said when told what that snippet of code reveals about her. "The profile is eerily correct."
Posted by Retiring Guy at 10:37 AM No comments:

A 3-on-1 contest, though, leaves libraries in the dust.

Initial reaction to this article:   From political and advocacy standpoints, I wouldn't use this information as a centerpiece for tooting the library's horn.  As some of us in Wisconsin are already aware, there are more than a few state legislators who would eagerly allow public libraries to charge for lending DVDs -- without the current stipulation that a 'free' copy also be available for checkout.  And as The Fixx once sang, "One thing leads to another".  (In addition, just because we have a new, i.e. downloadable, format to offer, doesn't automatically mean the end of a physical collection of discs in libraries.  In fact, I still find plenty of videocassettes -- and books on tape -- on AV display shelves.) 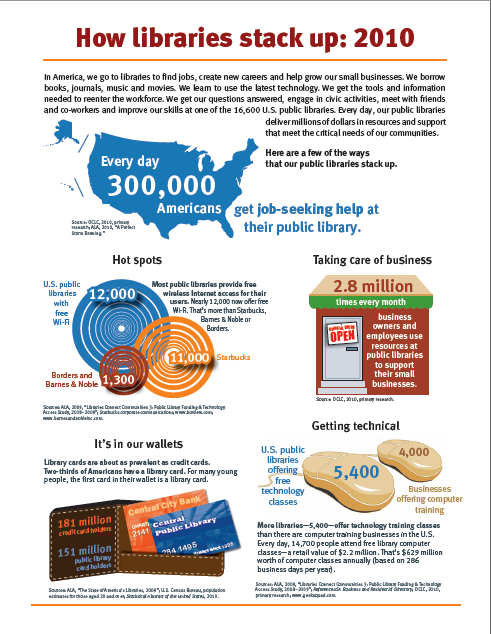 Excerpt: The survey, released this year by OCLC, a nonprofit library co-operative and research organization, found that public libraries in the United States lend an average 2.1 million videos every day, slightly more than the 2 million that Netflix ships. The other top two competitors, Redbox and Blockbuster, come in at 1.4 million and 1.2 million respectively, according to daily averages provided by company representatives.

The findings were part of a report called "How Libraries Stack Up," which highlights the many roles that libraries play in communities, according to OCLC market analysis manager Peggy Gallagher. It also includes statistics on career assistance and Wi-Fi use — the extent of which might be surprising to the general public or even to businesses offering similar services.

Read the instructive and mostly thoughtful series of comments on this topic at The Consumerist.

Op-Ed: High School Teacher and Mom on Why Boys Read Less Than Girls 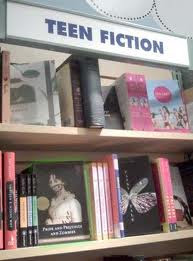 Excerpt:  That boys read less than girls is no surprise. Nor is the fact that they do not read as well. For at least two decades, boys have lagged in standardized reading test scores, a gap that shows up in almost all states and is growing wider.

The reasons are many. Some researchers blame schools and the emphasis on visual and auditory learning styles - looking and listening to learn - instead of the way quite a few boys seem to learn best, by moving around and doing. Those kinesthetic/tactile learners are often less willing or able to sit still for long stretches of time, and reading effectively requires that kind of practice.

Another reason that boys read less has to do with the limits boys place on themselves. In my own experience as a mother of sons and as a high school teacher, I've noted that boys are less likely to read fiction than girls, and when they do, they do not choose stories with a female protagonist.

The social pressure and the unstated taboos concerning masculine identity may be at work, making boys leery about reading books that will label them as somehow being "girly." Girls, on the other hand, read all genres and don't seem to care whether or not a protagonist is male or female.

This doesn't seem to be an issue exclusive to young adult males.

A few 'boys to men' authors off the top of my head:

C. J. Box (The hat will certainly provide a level of masculine comfort.)

James Lee Burke  (Author is appropriately grizzled; old truck on the cover of one of his books.)

Tom Clancy  (Guns and ammo, the bigger the better)

Lee Child  (In my estimation, the manliest of toothbrush-totin', loner fiction heroes.  And Dick Hill captures Jack Reacher's essence in the audio versions of the series.)

Carl Hiaasen should be, but then there are those dang covers.   Not like to attract the uninitiated male reader. 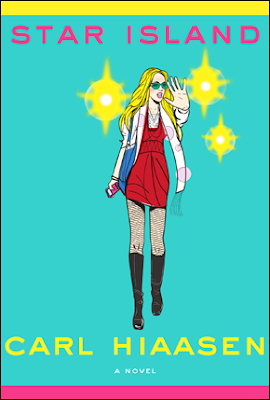 Please add your suggestions to the list.
Posted by Retiring Guy at 9:26 AM No comments: 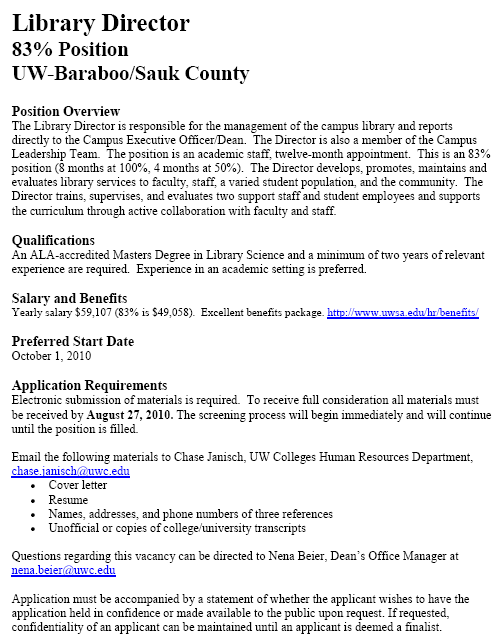 Posted by Retiring Guy at 12:22 AM No comments:

Gotta love the Internet as a source of new fiction

Entertainment on the topic of willful ignorance provided by the Truth-o-Meter.
Posted by Retiring Guy at 11:53 PM No comments: 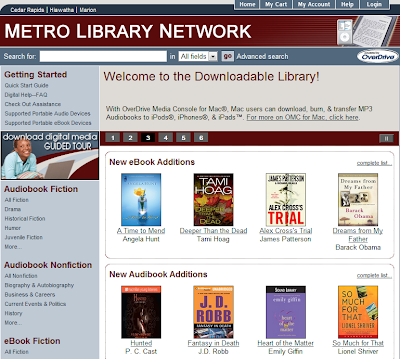 Excerpt: Dean Jones got out of the library habit when he got old enough to buy his own books, but he’s patronizing the library again, even if he hasn’t actually walked in the door.

“When I was younger, I used to spend hours in libraries,” said Jones, 54, of Cedar Rapids. “It’s been a few decades since I’ve had a library card, because the technology is changing and checking out a book for a few weeks doesn’t really suit my style.”

What brought Jones back, at least virtually, is Metro Library Network’s eBook service. The service by Overdrive allows patrons in Marion, Hiawatha and Cedar Rapids to download from home any of more than 500 titles, for free. 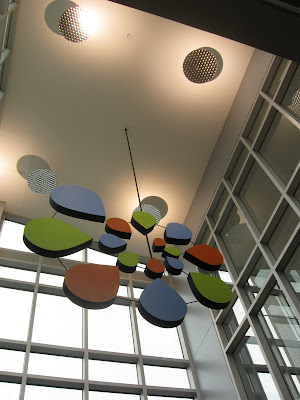 Excerpt:    It looks like a regular vending machine, the kind you might feed loonies and toonies in exchange for a chocolate bar or bag of chips.

But if you were looking for a quick junk-food fix from this unit, you’d be out of luck. Instead of a box of Smarties, it dispenses Stella, Queen of the Snow.

These library kiosks — there are two of them in the foyer of the Hunt Club-Riverside Community Centre — are the first of their kind in Canada. They work just like regular vending machines, except that users swipe their Ottawa library cards instead of inserting coins into the machine. And instead of buying a pack of gum, the user is borrowing a library book or DVD. The printed receipt tells the library customer when the item is due back.

At last count, almost 1,700 items have been checked out since the program began in April. One machine stocks children’s materials, while the other offers items for teens and adults in both English and French.
Posted by Retiring Guy at 9:57 AM 1 comment: 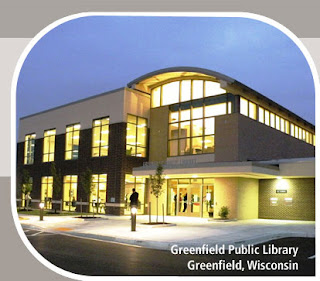 Link to July 28 Milwaukee Journal-Sentinel item, "Gas leak prompts evacuation in Greenfield".
Excerpt: The Greenfield Public Library has been evacuated and the city's Police Department and municipal court have been partially evacuated because of a gas leak, a Greenfield police official said.
The leak was caused by a contractor who struck a gas main between the Law Enforcement Center and the library in the 5300 block of W. Layton Ave. about 10:15 a.m., Deputy Inspector Bradley Wentlandt said in an e-mail.
Wednesday at 10:15 a.m.  A likely time for a storytime to be in session.
Retiring Guy's favorite comment: Sorry bout that. It's that darn Taco Bell again!
Posted by Retiring Guy at 9:46 AM No comments: 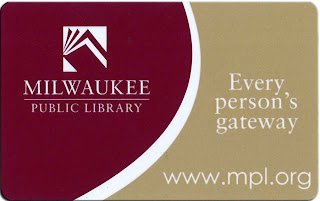 Excerpt:    Renovations include an automated handling system for returns; improved light, insulation and window glazing - which will help with energy efficiency - plus digital signage and driveway improvements to more safely separate pedestrians and vehicles. Accessibility for the disabled to Centennial Hall, just south of the drive-up, also will be improved.
Posted by Retiring Guy at 9:35 AM No comments:

This news item sounds like an occasion for a library alert

Excerpt: With about five weeks left until the first day of school, the Madison School District announced Wednesday middle and high school students will get out an hour early most Wednesdays to allow more time for teachers to work together.

But some parents aren't thrilled with the change — especially so close to the start of school.

"It's just going to be really interesting to manage with very little additional time to plan for it," said Murielle Sago, who has children at Sennett Middle School and La Follette High School. "I just think it's going to take some adjusting to."
Posted by Retiring Guy at 9:24 AM No comments: 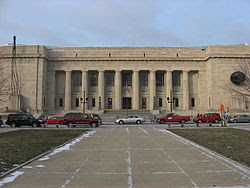 IMCPL
Link to July 25 Indianapolis Star article, "Too many losses on the books".

Excerpt: The fine line between luxury and necessity becomes starkly visible to anyone who arrives at his or her favorite library branch to discover -- oops -- that it now closes at 6 p.m. instead of 8, or no longer is open on Sundays.

The new recommendation from the mayor's High Performance Government Team to reduce hours and perhaps close branches on a rotating basis would, if adopted by the library board, continue an already painful austerity trend necessitated by reduced revenues in the face of growing demand.

Not your typical library news story

The victim.  (Actually, an everystockphoto stand-in.) 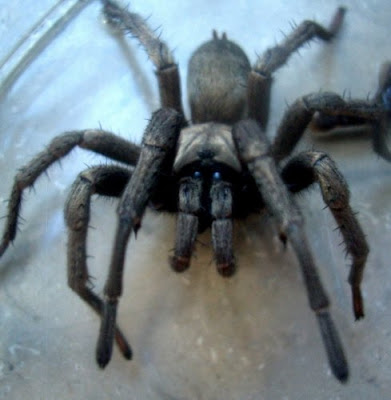 The scene of the crime.

Posted by Retiring Guy at 10:02 AM No comments:

And that's not all. 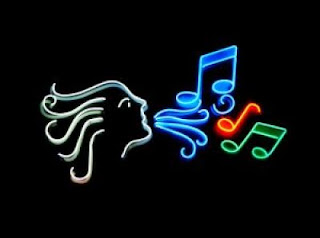 Excerpt: In a development that could revolutionize how PCs and other tech gadgets communicate, Intel announced Tuesday that it had made the first chip that sends and receives information using beams of light.

The Santa Clara chipmaker said the fingernail-size research prototype already can move 100 hours of digital music or 45 million tweets in a second from one device to another. And the company expects to make one eventually that can transmit a laptop's hard drive in one second and the entire printed collection of the Library of Congress in less than two minutes.

Moreover, because the chips are made of the same material the company uses for its brainy microprocessors, Intel envisions mass producing these "silicon photonic links" at low cost, making them practical for use in everything from personal computers to smartphones.
Posted by Retiring Guy at 9:53 AM No comments: 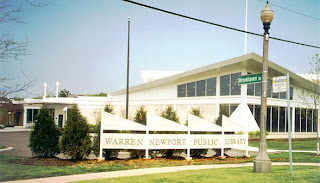 Excerpt:   Warren-Newport Public Library in Gurnee was among the trendsetters when it set aside space for a cafe in the 1990s, but that option is going away next month.

Instead of a cafe with fresh coffee and food, the library will create an area with vending machines for patrons in need of snacks or beverages.

Library Director Stephen Bero said part of the problem was most of K-Sweets' clientele was high school students who typically bought lower-cost drinks and snacks. He said sales of higher priced sandwiches to older library patrons never took off.
Posted by Retiring Guy at 9:41 AM No comments:

Excerpt:  The initiative comes at the urging of the Mecklenburg Board of County Commissioners, which agreed to ease library budget cuts this year if the system would look for ways to save money.

The task force will examine such things as the scope of library services, location and size of branches, and how the system can find more sources of money.

Currently, the libraries get most of their dollars from the county, which cut about $11 million this budget year. As a result, three branches were closed, hours were sharply reduced and two departments were consolidated with the county. The system's workforce was also cut in half - from just over 600 employees in January 2009 to about 300 now.

Charlotte Mecklenburg libraries haven't seen such large-scale reductions since the Great Depression. (3/17/2010)
Posted by Retiring Guy at 9:35 AM No comments: