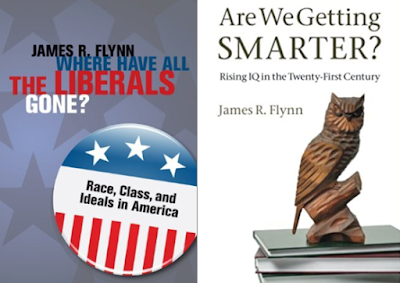 Dr. Flynn, a committed leftist who had once been a civil rights organizer in Kentucky, felt instinctively that Dr. Jensen was wrong, and he set out to prove it. In 1980 he published a thorough, devastating critique of Dr. Jensen’s work — showing, for example, that many groups of whites scored as low on I.Q. tests as Black Americans.

But he didn’t stop there. Like most researchers in his field, Dr. Jensen had assumed that intelligence was constant across generations, pointing to the relative stability of I.Q. tests over time as evidence. But Dr. Flynn noticed something that no one else had: Those tests were recalibrated every decade or so. When he looked at the raw, uncalibrated data over nearly 100 years, he found that I.Q. scores had gone up, dramatically.