Dear GOP, This is what happens when you have a clown running your show. Best, Retiring Guy 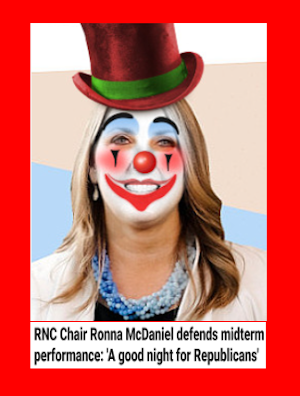 Republican National Committee Chair Ronna McDaniel says she feels ‘very good’ about Republicans’ performance in the midterms because they will stop the ‘disastrous’ Biden agenda and ‘wave goodbye’ to Rep. Nancy Pelosi (D) as speaker of the House.

“There is a broader issue, and think about this: We have the worst inflation in four decades, the worst collapse in real wages in 40 years, the worst crime wave since the 1990s, the worst border crisis in U.S. history, we have Joe Biden, who is the least popular president since Harry Truman, since presidential polling happened, and there wasn’t a red wave,” Thiessen said. 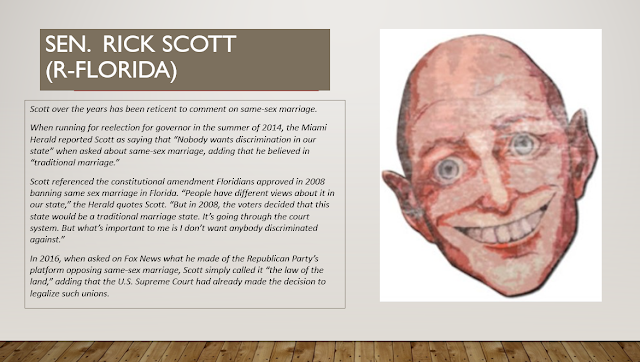 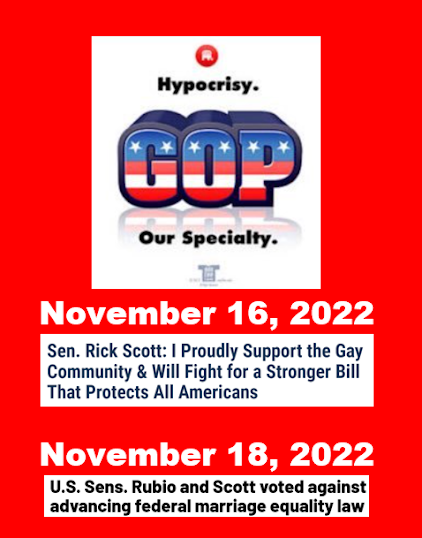 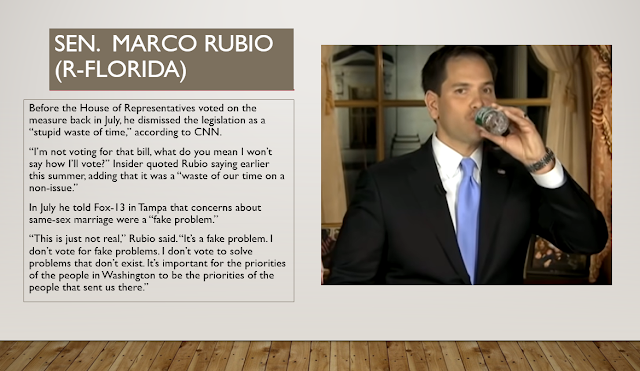 Marco Rubio United States Senator for Florida
Religious liberty?  Just a dog whistle.  Here's a case of Marco Rubio going off the deep and standing up for religious bigotry and discrimination.

“This bill does not protect religious liberty. Nuns running orphanages will find themselves in court if it becomes law. That’s outrageous. No faith-based organization will be immune from the insanity. Christian. Jewish. Muslim. Everyone.