Wearing a hat as hard as his head. 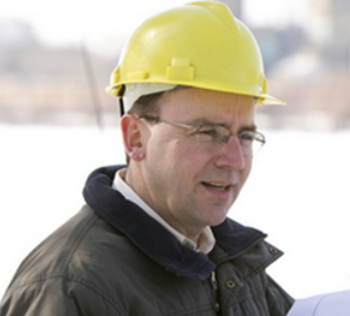 Tiffany, a Republican representing Wisconsin's 7th Congressional District, said his vote against the bill was because he didn't want to politicize the matter of violence against Asian Americans.

Wisconsin’s 7th Congressional District is the largest district in the state geographically, covering 20 counties spanning the north-central region. About 1.7% of the district's 714,000 population — over 12,000 people — identify as Asian American and Pacific Islander, according to 2019 U.S. Census estimates.

There has been a documented increase in hate crimes against Asian Americans and Pacific Islanders (sometimes abbreviated as AAPI) in the country. Stop AAPI Hate, a nonprofit reporting center, received more than 6,600 reports of anti-Asian hate incidents from March 2020 to March 2021.

Wausau and Marathon County have a higher proportion of Hmong residents than most other parts of the state. Twelve percent of the population is AAPI in Wausau, where local leaders have condemned race-based hatred in recent months. 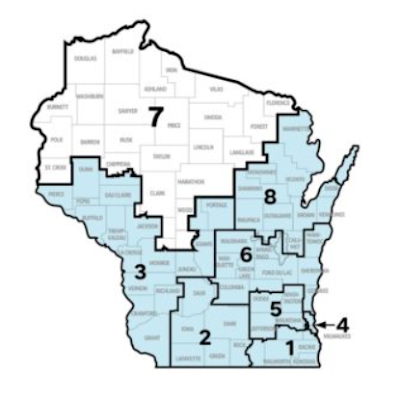 Related posts:
2021
The lazeist white men in the House.  (5/21/2021)
GET ME REWRITE: Tom Tiffany has been an elected official since 2009 and still doesn't know how government works.  (4/11/2021)
As you would expect, Tom Tiffany peddles inaccurate Covid transmission information.  (4/9/2021)
Tom TIffany Clown Show shills for white privilege.  (3/27)
Tom Tiffany challenges Glenn Grothman for desingation as Wisconsin State Clown. (3/25)
Tales of Treason: Tom Tiffany goes to Washington.  (3/6)
Meet the Wisconsin delegation of the U.S. House Traitors Caucus.  (1/7)
Wisconsin and Pennsylvania Freedom Caucus crazies team up to scrap 'one-China' policy.  (3/5)
2020
GET ME REWRITE: Tom Tiffany working to yank title of Wisconsin State Embarrassment from Glenn Grothman.  (10/2)
Dear Tom Tiffany, Confederate monuments were erected decades after the end of the Civil War and are intended to glorify leaders of the Confederacy.  (7/23)
GET ME REWRITE: Trump-backed Tom Tiffany underperforms in Duffyland, Wisconsin's 7th congressional district.  (5/13)
Clearly, the hard hat is offering no protection.  (1/21)
2019
UPDATE: Who will run in Wisconsin 7th congressional district now that Sean Duffy has announced his resignation?  (10/21)