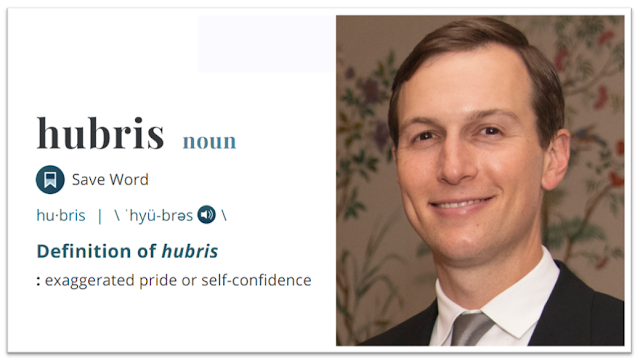 And when it comes to Jared, 'overweening' sounds so perfect.

In the 40-year-old's view, stodgy conventional wisdom stood in the way of solving problems that were actually quite easy, despite decades of attempted conflict resolution between Israel and Palestinians along with other rival nations. The Trump administration brokered deals between Israel and United Arab Emirates and Bahrain - countries all concerned about Iranian influence - while leaving the Israeli-Palestinian disputes unresolved.

"We are witnessing the last vestiges of what has been known as the Arab-Israeli conflict," Kushner wrote.

Welcome to the "last vestiges".