Back to GOP election business as usual. 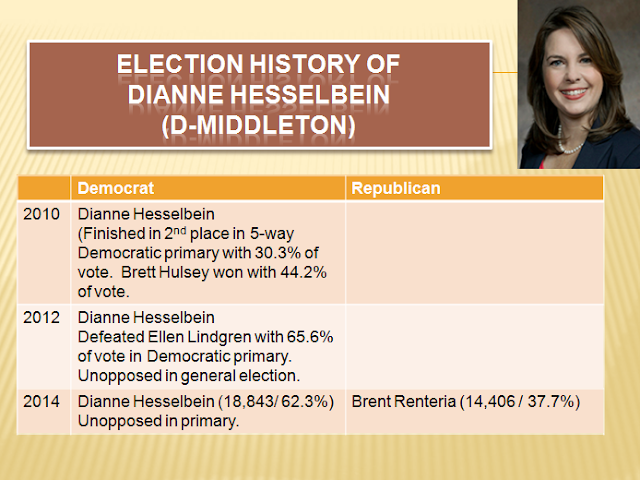 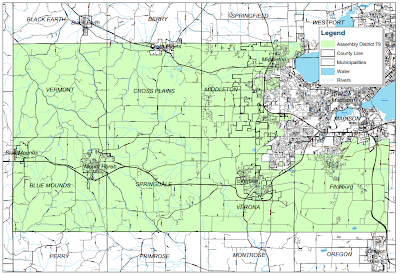 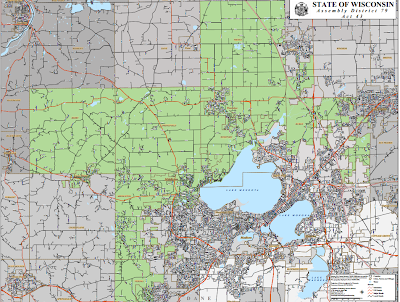 An open seat,  Sondy Pope-Roberts, who currently represents the 79th, is running in the 80th.  The patchwork of green you see northeast of Lake Mendota is the remnants of the Town of Burke. 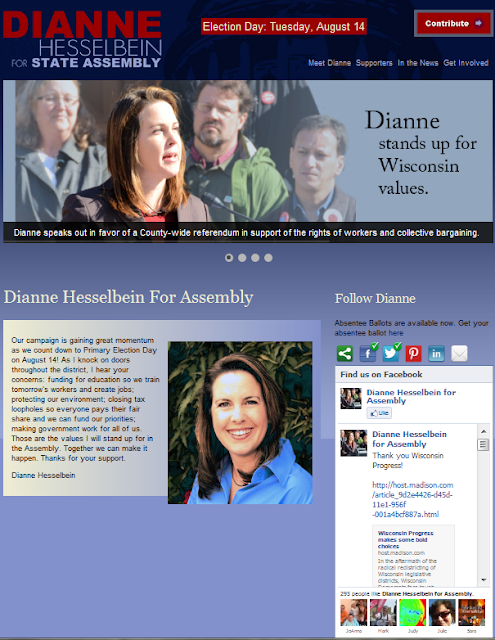 About    [with bold added]  Dianne, 41, has been elected to three terms on the Dane County Board of Supervisors and currently serves as a member of the budget committee and as the Board's representative on the Monona Terrace Convention and Community Center Board.

Before being elected to the Board of Supervisors, she served on the Middleton-Cross Plains Area School Board (2005-2008).

Born and raised in Dane County, Hesselbein attended LaFollette High School and graduated from UW-Oshkosh before earning a Master's in religious studies at Edgewood College. She and her husband Bob, an airline pilot and retired Wisconsin National Guard veteran, and their family – Will, Annika and Katie –live in Middleton. 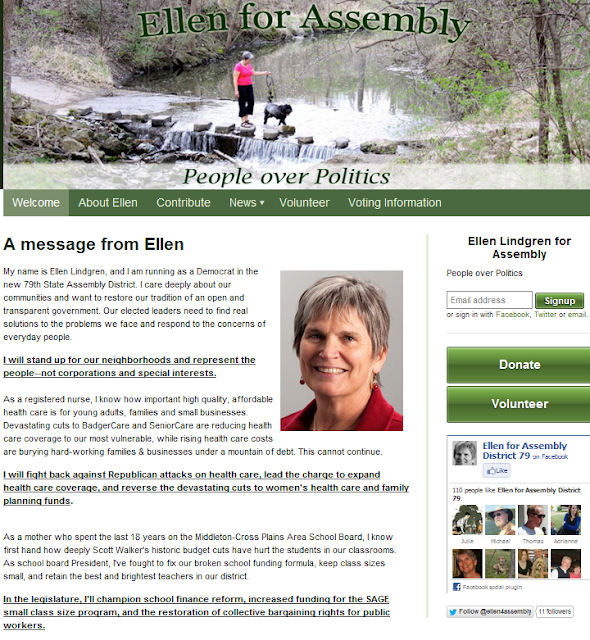 About:  [with bold added]  Ellen has lived in Wisconsin for 35 years, mostly in the City of Middleton. She has three adult children who all attended and graduated from Middleton-Cross Plains Area Schools. She owns a home in Middleton where she lives with her dog, Mosi.

Ellen has a passion for excellent public education and has served for 18 years on the Middleton-Cross Plains Area Board of Education.  [Yes, that Dianne's husband who currently serves on the Board.]  She has served as president of the board for seven years. She has been involved with many statewide groups advocating for quality, well-funded public education.

After college, she worked as a VISTA (Volunteer In Service to America) volunteer in Denver, CO, working side by side with neighbors in a depressed area to create a community center. Humboldt House became a vibrant place for after school programs, tutoring, public health outreach, and an adult education center.

After working in the hospital setting as a nursing assistant, she became convinced healthcare was the area she wanted to pursue. Ellen received her nursing degree at Columbia University in NYC, and went to work in Columbia’s Neonatal Intensive Care.

Ellen continued her career in Wisconsin as head nurse in the Special Care Nursery at Madison General (now Meriter). She has also held positions at Red Cross and done LTE work at UW student health.

The Libertarian Candidate
Carl Skalitzky
No current information about Skalitzky, though I found this 2008 profile.  At this point, he listed his party affiliation as Republican. 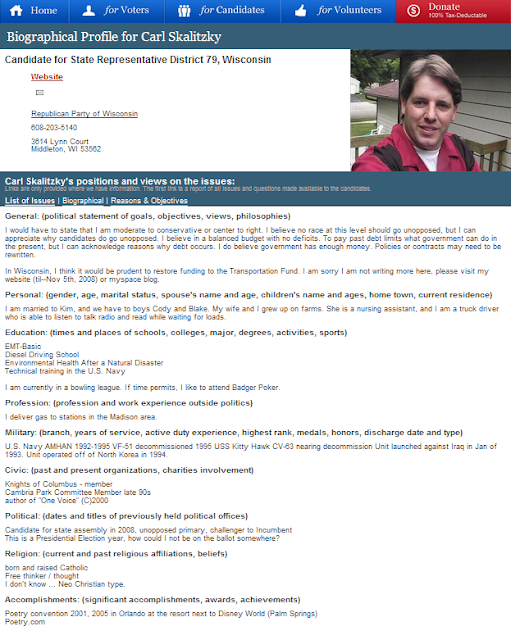 Skalitzky lost to Tom Clauder in the 2010 Republican primary for the 79th District seat. Sondy Pope-Roberts won the general election with 59% of the vote.

A personal note.  JoAnna and I are good friends with both Democratic candidates.  How to choose?  Dianne announced her candidacy well before Ellen and quickly asked us for our support.  We immediately said "yes", as we've been big supporters of her county board campaigns.  Once Ellen decided to run, she asked us for her support, which, of course, we had to decline, explaining that we had already committed our support to Dianne.  No hard feelings, fortunately.

It's interesting to note that the Middleton Education Association has endorsed Dianne.