Although Jacque does not have a Democratic challenger, he is, technically, not running unopposed.


Grams and his wife Betty have been living in Two Rivers for the last year, after Grams retired as the Dodge County veterans' service officer. They have owned their home in Manitowoc County for the last 10 years. He said he is running as an Independent because he wants to prove candidates do not have to raise a lot of money to get people to vote for them. 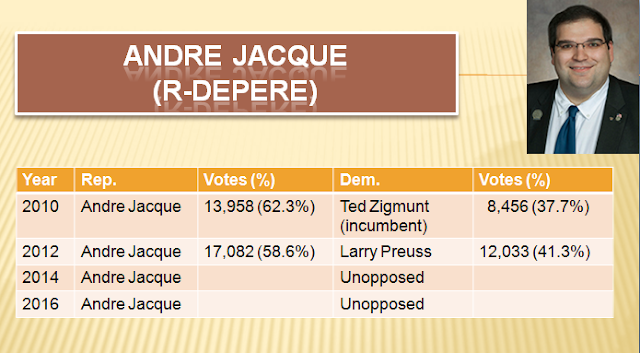 
After Reid Ribble announced his decision not to run for another term, Jacque briefly toyed with the idea of running for the 8th Congressional District.

First of a series.

I'm also calling out Jacque on the following statement: "...while Wisconsin lost more than 4 perecent [sic] of our employers over the past three years, Illinois gained almost 8 percent." 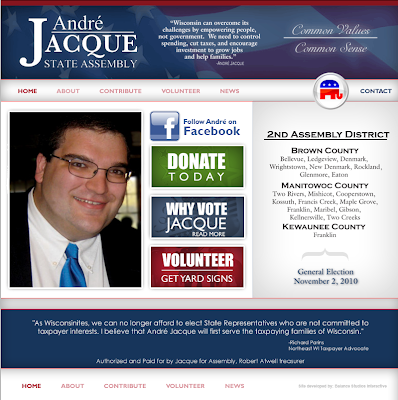 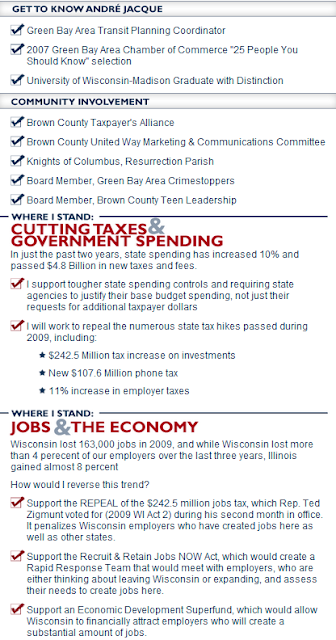 Public libraries in the 2nd Assembly District (which includes portions of the Manitowoc-Calumet and Nicolet library systems): 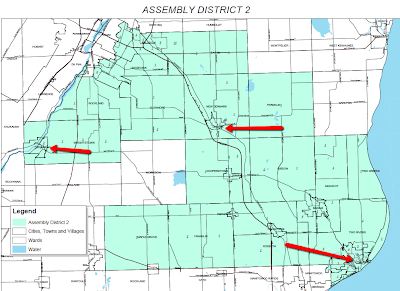