Who's Running for State Office in Wisconsin 2012: 55th Assembly District 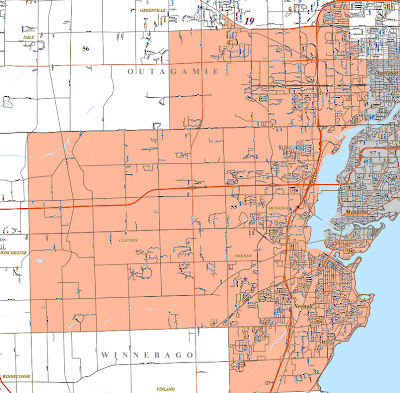 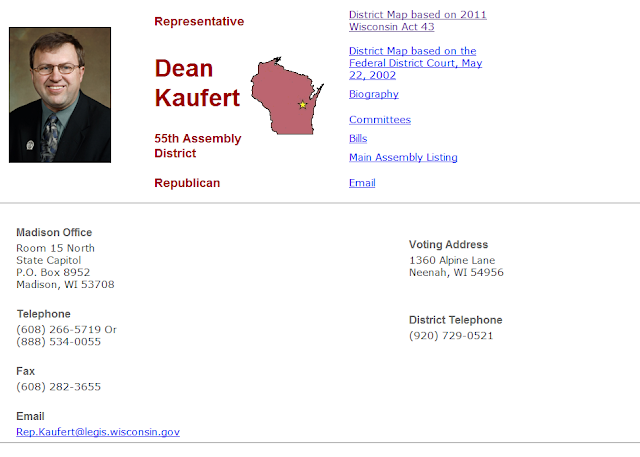 Trophy and Awards store owner.  (All Sport Trophy and Engraving.) 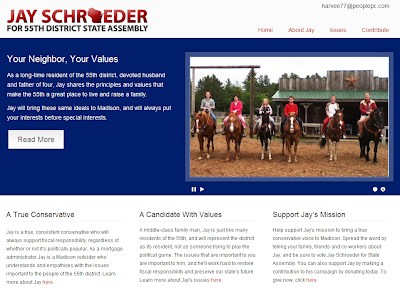 About Jay.    Jay was born in Clintonville, Wisconsin and has lived with his wife, Rebekah, and their four children on Lake Street in Neenah, Wisconsin for the last 9 years. While growing up, he was always hearing about the workings of government from his father, who was a member of the Waupaca County Board for 30 years. He remembers hearing about Waupaca County proposing a sales tax to build a court house with the promise of the sales tax being eliminated when the court house was paid off. That sales tax is still in place today, the promise of its elimination having never happened.

Prior to attending UW Stout, where Jay earned his Bachelor’s Degree in Business Administration, he attended Fox Valley Technical College in Appleton, where he earned an Associate Degree in Applied Science in real estate.

For the last 20 years, Jay has worked as a loan administrator, a perfect fit for Jay, who loves dealing with numbers and helping people finance their dream homes. He has also previously served as a City Council member and as the Town of Menasha Supervisor. By helping people refinance their mortgages, Jay has helped one person or family at a time.

By implementing positive economic change on a state-wide level, however, he can help thousands of people in the 55th District and throughout the great state of Wisconsin. Jay hopes to have the privilege of doing just that as your representative in the State Assembly. 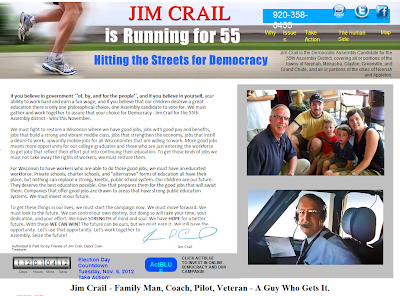 About Jim.    Following my Father's footsteps, I entered the United States Air Force as a pilot after graduating from Eastern Illinois University. During my time in the Air Force I flew B-52s and later the E-3 AWACS. My time in the USAF ended in 1997 after achieving the rank of Captain and as a combat veteran. I began working for United Airlines as a pilot in 1998, and still fly a regular schedule there.

Moving to Wisconsin, my wife's home state, after my service to country has been a great experience for me and my family. We've lived here since 1997, first in Appleton, and now in Greenville, where we've lived since 2001.

My wife and family is my greatest asset. My wife Debby and I met while in the USAF and we have been happily married for more than 18 years. My family consists of eight wonderful children and stepchildren. I've been blessed with two beautiful grandchildren as well.

As an active member of the Air Line Pilots Association, Council 12 I've volunteered for my union and chaired several union committees. I'm also an active volunteer for EAA in Oshkosh, and as a Track and Field and Cross Country coach in my local school district.

The Citizens United decision motivated me to become active in politics via social media. The passage of Act 10 and the controversy surrounding it further spurred me to run for the Assembly to help heal the deep divisions that currently exist in our state. My strong desire is to restore a government ''of, by, and for the people''.

You can best describe me as a pro-jobs, pro-labor, pro-education, progressive, Democrat. I believe that jobs and economic growth results from a strong, vibrant, middle class with equal opportunity for all. That ''equal opportunity'' comes from our state having strong public primary and secondary education systems. When we have those strong education systems, every student has the chance to seize the future. 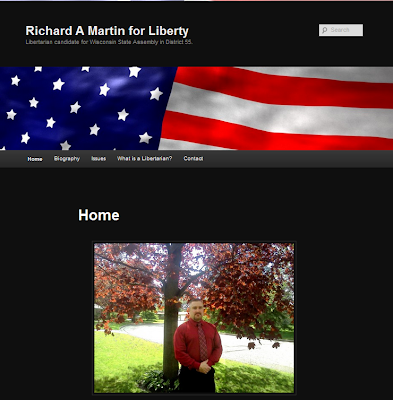 About:  Richard Martin grew up in the Fox Valley. He graduated from Appleton West High School in 1985.

He joined the Military after that, and is a 12 year veteran of the United States Army, where he he served as a medic during Operation Desert Storm, Desert Shield, and Operation Joint Endeavor. Affordable healthcare for American citizens is a high priority for him.

Mr. Martin took an interest in Politics after leaving the service. When serving our country, Rich swore an oath to uphold and defend the Constitution. He took that oath very seriously. However, upon returning home, he found that so many of the freedoms and liberties he fought to defend, were being legislated away here at home.
>
Rich is a very civic minded citizen and volunteers in his community. He is also a member of the American Legion, Appleton Post 38, an avid sportsman and fisherman, and is a member of the National Rifle Association (NRA).

Richard Martin, JR. is not a business owner, and is not beholden to any corporate or private interests. He is a concerned citizen who has done a great deal of research into his local and state government processes. He hopes that you will vote for him and give him a chance to work for you.