Who's Running for State Office in Wisconsin 2012: 37th Assembly District 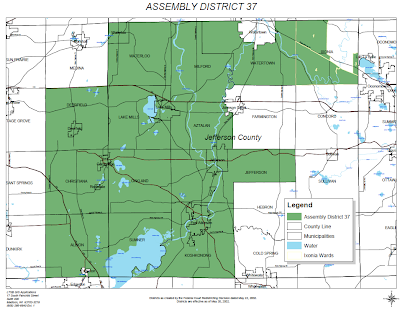 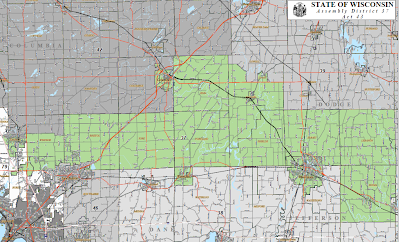 From a statewide perspective......

Turn on the spigot! 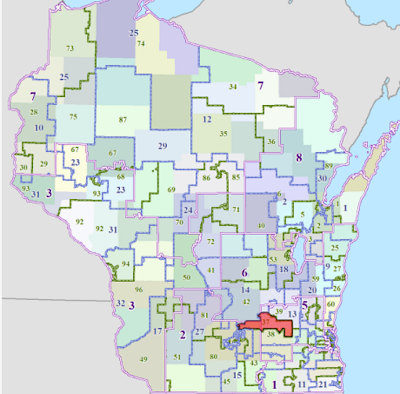 Redisticting proposal creates a split in DeForest, Windsor.  (Wisconsin State Journal, 7/21/2011)
Excerpt:  ﻿  But critics of the new maps say Republicans are ignoring some historic “communities of interest” in an effort to secure their power base. The state constitution stipulates that district lines be drawn to preserve such communities and keep districts as contiguous and compact as possible.

“There is absolutely no reason to split such small communities like DeForest and Windsor,” said Mike McCabe, director of the Wisconsin Democracy Campaign, a government watchdog group that recently released an alternative redistricting plan. “These kinds of changes are clearly politically motivated.”

Excerpt: The political faction in power controls the redistricting process, and they inevitably craft new districts to be more "friendly" for their candidates but harder for their opponents to win. At the state level, the majority Republicans are redrawing the state senate and assembly districts, and the Democrats are indignant. The opposite dynamics are taking place at the Dane County level, with the majority liberals backing a redistricting plan that will make future county board elections tough for conservatives. All of this is now aided by computer models analyzing past election patterns for every area.

Excerpt:    Incumbent Assembly Rep. Andy Jorgensen, D-Fort Atkinson, will seek re-election in a new district that has been redesigned as part of decennial redistricting.

Jorgensen will move from his current district, the 37th, if he is successful in his re-election bid. If he survives a September primary challenge, Jorgensen will take on another incumbent in the November general election.

Waiting in the wings is Rep. Evan Wynn, R-Whitewater, who saw his 43rd Assembly district take on a more Democratic bent after reapportionment. The new district will include parts of Dane County including the village of Oregon. Wynn faces no primary opposition. 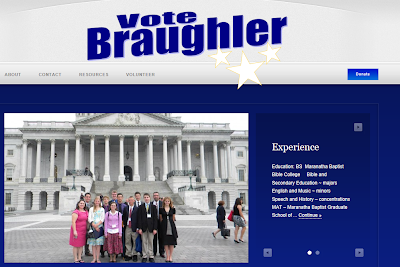 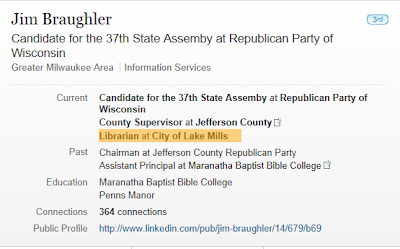 Jefferson County Board of Supervisors 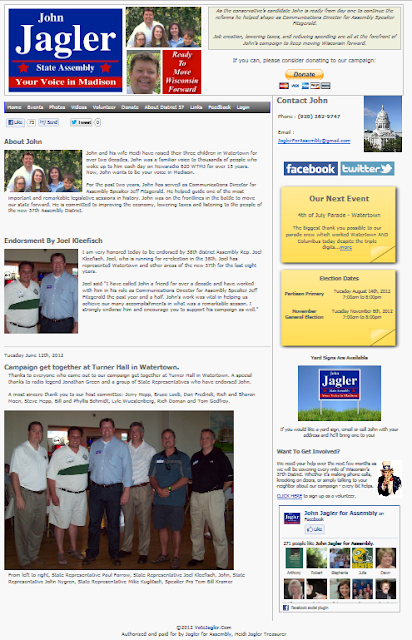 About.  John and his wife Heidi have raised their three children in Watertown for over two decades. John was a familiar voice to thousands of people who woke up to him each day on Newsradio 620 WTMJ for over 15 years. Now, John wants to be your voice in Madison.

For the past two years, John has served as Communications Director for Assembly Speaker Jeff Fitzgerald. He helped guide one of the most important and remarkable legislative sessions in history. John was on the frontlines in the battle to move our state forward. He is committed to improving the economy, lowering taxes and listening to the people of the new 37th Assembly District. 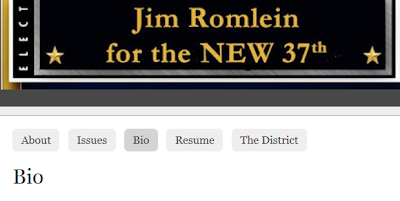 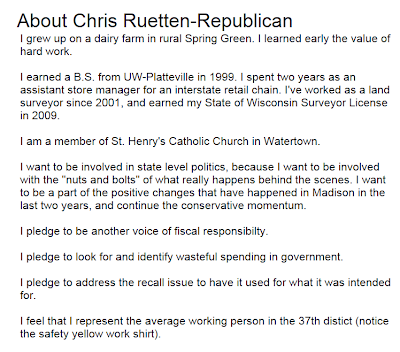 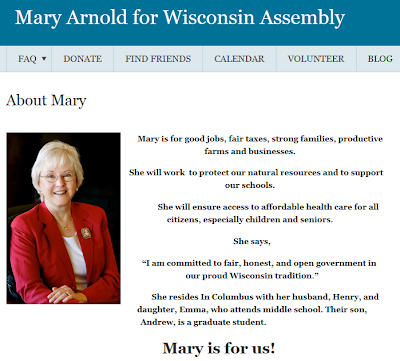 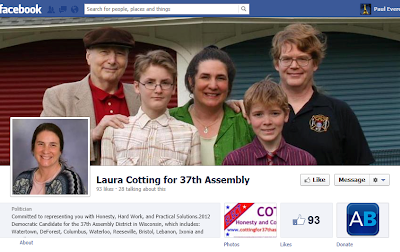 Cotting represents the 3rd Ward on the Waterloo City Council.

Excerpt:    Kilian, president of the Waterloo Alumni Association and the Island Church Foundation, identifies himself as an Independent, stating current members of the two political parties are too restrictive with their views.