Administrative rules require state employees to use state buildings only for official work. Critics say the meetings are inappropriate, even though praying before legislative session days and religious displays in the Capitol rotunda have been upheld as legal.

In 2012, Kossik endorsed Tittl over his Democratic opponent Jim Brey,.


So it is understandable that there is disagreement among progressives on what to do now. Voting for Jim Brey is voting for regressive, clearly un-Democratic polices. Voting for Jim Brey is to continue our legacy of a supposedly “Democratic” politician undermining the ideals of the party platform from within the party. I encourage progressives to join me in voting for Paul Tittl for Assembly. 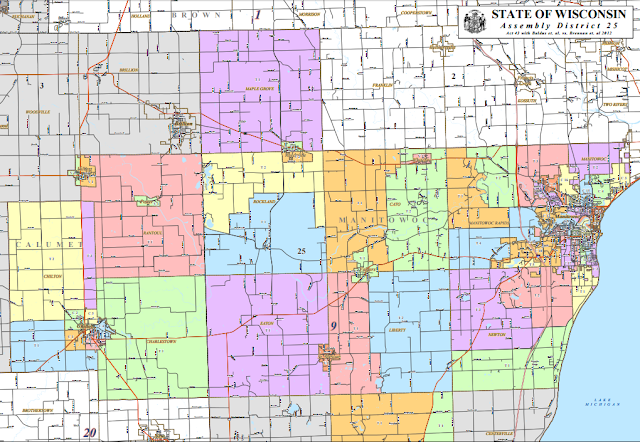 After serving in the Assembly for 20 years, Bob Ziegelbauer, an Independent from Manitowoc, though he ran as a Democrat from 1992 to 2008, is not running for re-election.  Ziegelbauer currently serves as the Manitowoc County Executive.

Paul Tittl wins a 4-way primary with 53% of the vote.  (Information about other candidates found here.) 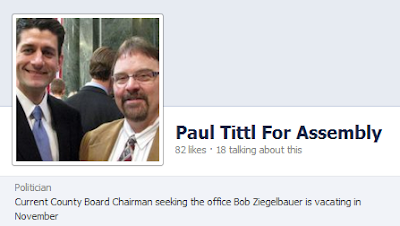 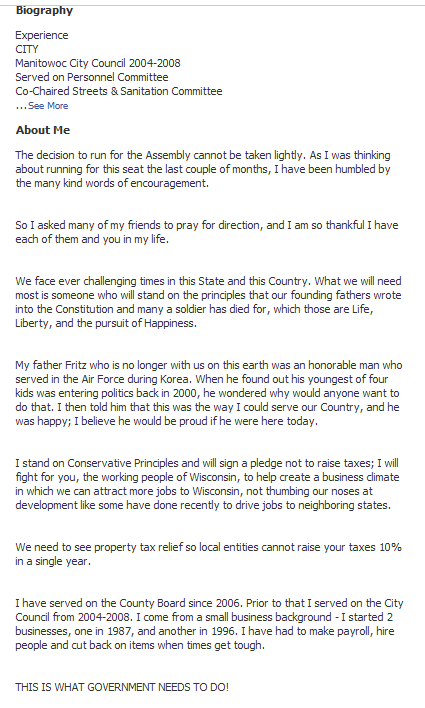 Jim Brey wins a 4-way Democratic primary with just over 41% of the vote. 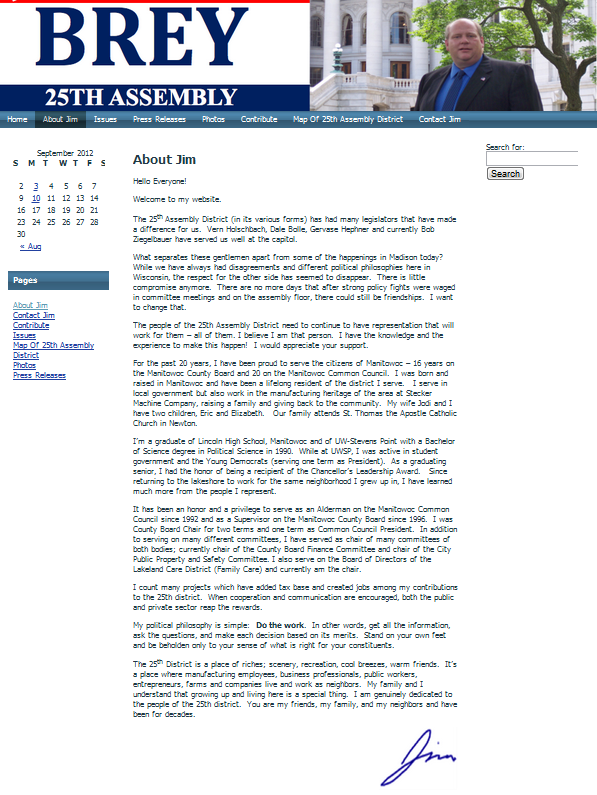