Who's Running for State Office in Wisconsin 2012: 45th Assembly District 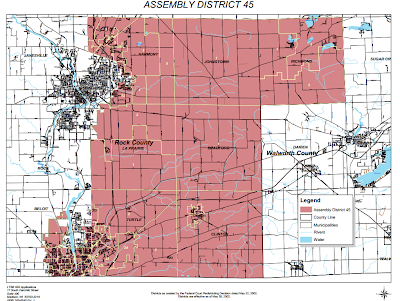 Imagine a Venn diagram where most of Beloit is the area where the two circles overlap. 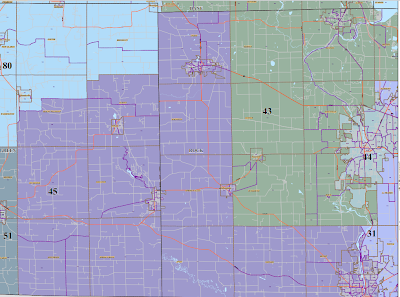 Excerpt:     Beloit would be split in half, with the eastern part of the city in the 31st District and the West Side of Beloit in the 45th District, which would be represented by Janis Ringhand, a Democrat from Evansville. Currently, Ringhand is the Assembly representative for the 80th district, which currently includes Monroe near its southern edge, Evansville at its eastern edge and Oregon at its northern edge. <

Democrats have objected to the redistricting plan, which was presented to the Democrats and the public on July 8.

“It splits Beloit in half. It will dilute Beloit’s influence,” said Rep. Peter Barca, Democratic Minority Leader in the Assembly. “Beloit should be able to go to one representative in the Assembly.”

“They made a much safer Assembly District for Rep. Loudenbeck,” said Sen. Tim Cullen, the Democratic Senator for the 15th District.

Comment:  It's not a 50/50 split, population-wise.  A close inspection of the new map reveals that the portion of Beloit in the 31st District is primarily manufacturing, office, and retail.  And other.  My Aunt Lila, Uncle Min, and Cousin Genevieve are buried in East Lawn Cemetery, though, of course, they can't vote for any of the following four candidates.  (Most likely, they would made their choice between the first two.) 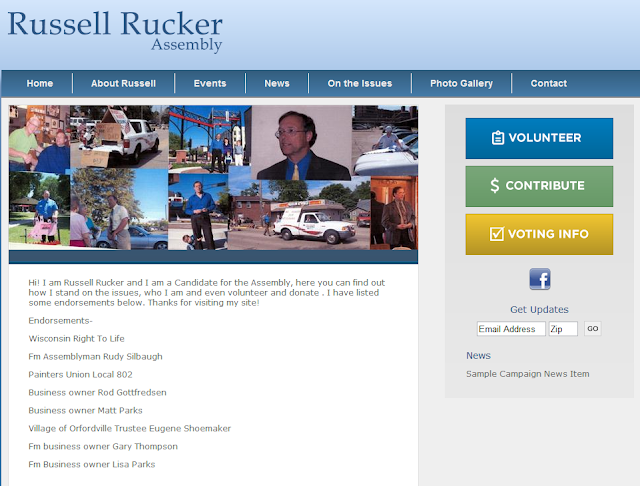 About:    He is 50 years old; married to Elena for12 years. They have 2 children, Alexander and Nicholas.

He has lived in the 45th district for 17 years, first in Evansville and then Orfordville where he currently serves on the Village Board as a Trustee.

He is in his second term as Trustee having been reelected this past spring. He is a painter by trade and has been in the construction field for over 30 years.  He learned his trade from his dad who was a building contractor.

He has been politically active for many years. First in Dane County and then in Rock County. He has served on the Rock County Republican Party Executive Committee several different times; at one time being the Vice-Chairman. He has been instrumental in aiding a number of candidates in their election bids.


Beth Schmidt  (website does not lend itself to screenshots)

About.   Beth Schmidt has deep ties to the 45th Assembly District. She spent the first 13 years of her life in Beloit, before her family moved to Janesville. Beth's mother worked for the Beloit College Art Gallery and her family owned several small business in Beloit in the service and manufacturing industry. In fact, many of Beth's cousins owned farms in Jefferson Township in Green County.

Beth and her husband Karl have been married for 32 years and they raised three children. Their son Josh is an Iraq veteran and is currently serving in Afghanistan, daughter Karlie is a dietitian in Beloit married to Tim Wellnitz, and daughter Kerrie is a recent graduate establishing herself in Rockford. The Schmidts have one granddaughter and are expecting a second grandchild very soon.

Beth is a familiar voice in the community. She is serving as an Orfordville Village Board Trustee and is an active member on various boards in the area.

Beth now wants to be your representation at the capitol in Madison. She knows what it is going to take to move Wisconsin forward and the struggles of the middle class worker. She will use her dedication to volunteering and her common sense to represent our values. This means real solutions to job creation and economic development. 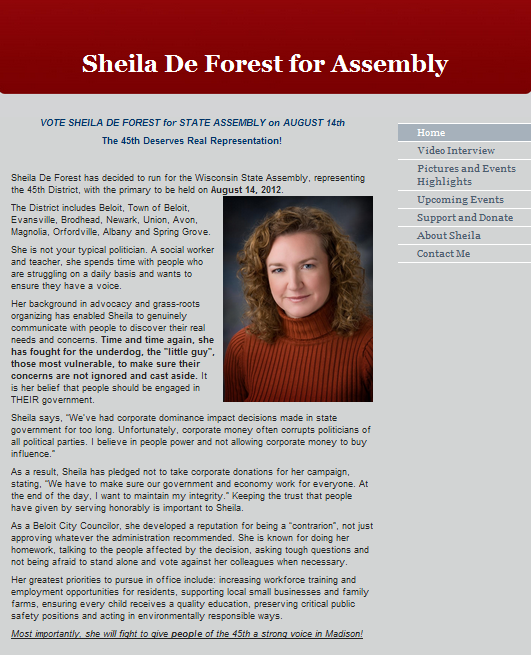 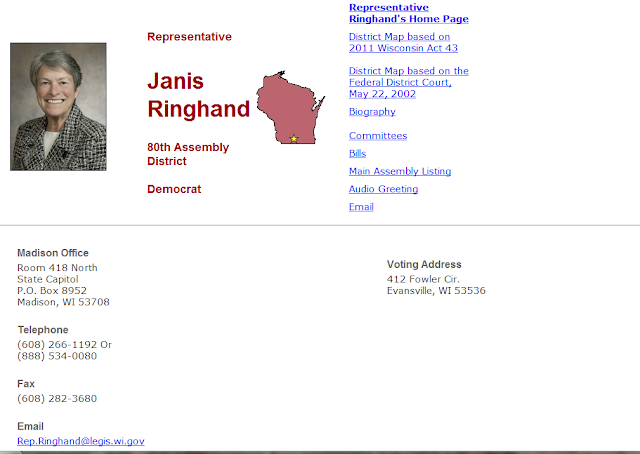 Elected to Assembly 2010.  Unopposed in primary.  Won general election with nearly 53% of the vote. 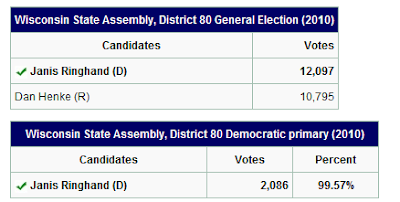