Who's Running for State Office in Wisconsin 2012: 15th Assembly District 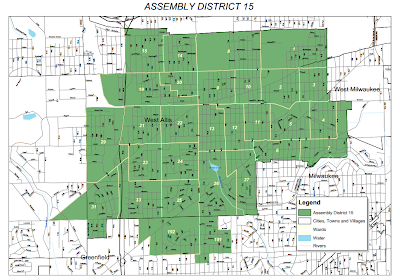 Excerpt:   Added to the potential weakening of West Allis representation on the state level is the tortured ward-drawing local officials must now do to jam city voting wards into state assembly and senate districts, he said.

The city had already solved the jigsaw puzzle of wards so that they were compact and with approximately equal populations, [Paul] Ziehler [West Allis city administrative officer] said. Then the state came along and turned the process upside-down.

Instead of the state districts being drawn based on wards that keep neighborhoods together and are compact, state officials decided they wanted to draw their lines first, he said.

"We had them so logical and all the populations in balance," Ziehler said. "What's frustrating in the whole process is that nobody at the state level touched base with anybody at the local level," Ziehler said.

"The state hired all these expensive attorneys and not one asked us if it makes sense, or 'Does this work for you?'

" The result is that ward boundaries will not be as clean or balanced in terms of population, he said. "Some lines are going to look real screwy," Ziehler said.

Excerpt: “I have given this decision considerable thought over the last several months," he said in a statement. "I have greatly enjoyed my 16 years in the State Assembly. Politics and legislating are fascinating and fulfilling work, but I believe that now is a good time for me to seek new challenges.”

Staskunas' district took on a GOP tint under new maps Republican lawmakers drew this year. Legislators had to draw new maps this year to account for changes in population, as they must every 10 years.

This is why David Cullen is not running for re-election in the 13th Assembly District and now serving on the Milwaukee County Board. 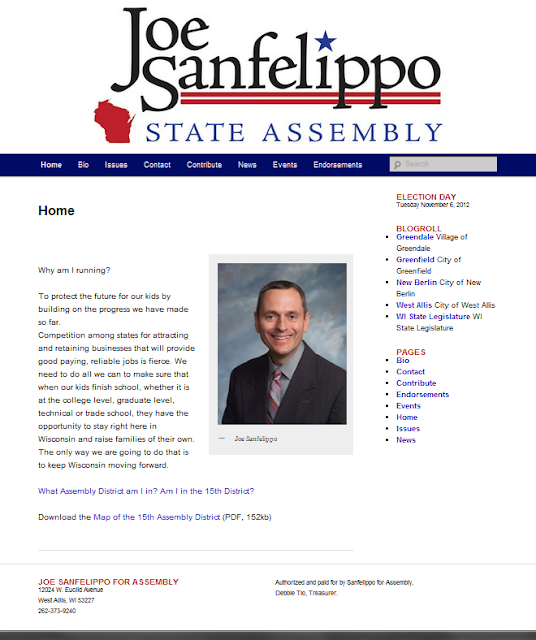 Sanfelippo currently serves on the Milwaukee County Board.