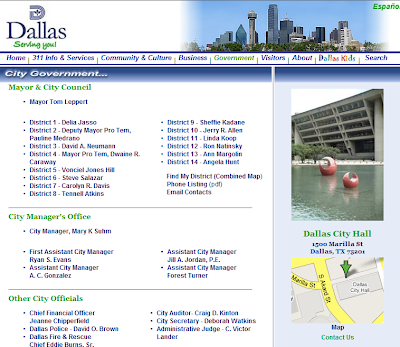 "Our streets have become littered with potholes because we've cut the budget for street maintenance in half over the last ten years. Our parks budget has gone down by 38% and our libraries have been reduced 48% over the same period of time," she wrote.

In stinging commentary, she added that it is Leppert who has burdened taxpayers, through grand projects that add to the city's debt payments - an increasingly large piece of the city's annual costs.