As they have done elsewhere. 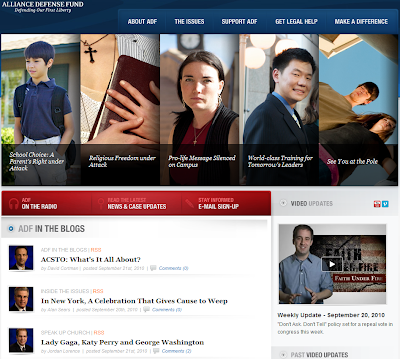 Excerpt:    The Millburn Free Public library trustees are considering making a change to one of the library’s policies after receiving a letter from an attorney representing the Alliance Defense Fund (ADF), a group that was formed to defend religious freedom.

Township Committee member Jim Suell, who is the governing body’s liaison to the library, announced on Sept. 21 that Library Director Bill Swinson had received a letter from an attorney representing the ADF questioning why the library prohibits religious groups from renting out the library’s meeting rooms.

The attorney claimed that the policy contains an unconstitutional restriction on religious meetings and could subject the library to liability. Citing three decisions in which the Supreme Court ruled that similar policies violated the First Amendment, he urged that a policy change be made.
Illinois Libraries Receive Alliance Defense Fund Letters

Librarians and library trustees who wish to speak to OIF about their meeting room policies and/or the ADF letter should call or write Deborah Caldwell-Stone, OIF’s Deputy Director. She can be reached at 800-545-2433 x4224, or dstone@ala.org.
Posted by Retiring Guy at 8:09 AM