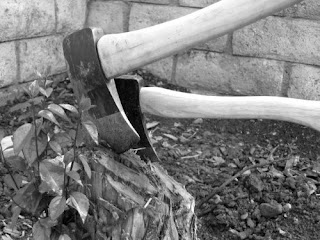 You might want to email the reporter, Rudolph Bush (rbush@dallasnews.com), to compliment him on the way he puts in a plug for libraries to open his story.

Excerpt: Whether you're hunting for a job, looking for a place to take the kids for an afternoon, seeking to learn about a new hobby or just trying to find the latest best-seller, chances are a Dallas Public Library could help you out.

But like so many other city services that residents have come to take for granted, there will be less of the libraries to go around come late September.

That's when the city of Dallas will adopt a new budget that shaves about $190 million from the planned $1.9 billion operating budget.

Libraries will bear a significant part of that burden. According to a June briefing, the library budget will slashed by a third to just under $22 million.

OK, what do we have here?

The City of Dallas is cutting its operating budget by 10%, but the library has to take a disproportionate cut of 33%. Tell me how this is fair.

Here are the damages found in the current proposal, yet to be approved by the city council:

1. Branch hours cut to 23 per week, half the current average. (The library plans to stagger hours among branches.)

2. Central Library closed on Sundays and Mondays, reducing hours open per week from 68 to 40.

3. New book purchases will drop from 52,000 to 5,000. (No getting around this one. People are just going to have to wait longer for popular materials. Good time for Dallasans to catch up on those books they've always wanted to read -- after they raise a big stink about these cuts.