As librarian Cleora Clanton frequently pointed out in the 1930s,
"Probably no institution in the city touches the lives of the citizens at more points than the public library." 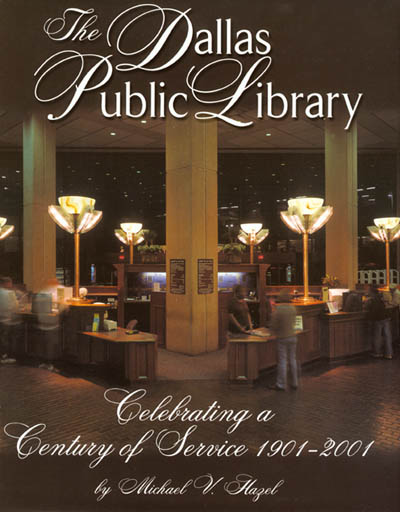 Additional excerpt: Clanton, who headed Dallas' library system from 1922 to 1954, defending it from budget cuts during the Great Depression and from right-wing political attacks early in the McCarthy era, is one of the library's many unsung heroines. Women, ranging from prominent civic leaders to underpaid librarians, have sustained the Dallas Public Library for more than 100 years.

The tradition began with May Dickson Exall, who organized the Dallas Federation of Women's Clubs in 1898 with the express purpose of securing a public library for Dallas.

The city had ranked as the largest in Texas in the 1890 census, having grown rapidly into a regional merchandising and manufacturing center. But civic leaders recognized that Dallas needed intellectual as well as economic resources if it was to compete on a national scale.