Excerpt:  Crosby, the singer and movie, radio and TV star, had more foresight than the television networks and stations, which erased or discarded nearly all of the Major League Baseball games they carried until the 1970s.

A canny preservationist of his own legacy, Crosby, who died in 1977, kept a half-century’s worth of records, tapes and films in the wine cellar turned vault in his Hillsborough, Calif., home.

Three years ago, Major League Baseball acquired the rights to Yankees pitcher Don Larsen’s perfect game in the 1956 World Series — leaving the finale of the 1960 World Series high on its wish list. The hunt for old games — this one unseen on TV since its original broadcast — is constant, subject to serendipity and often futile. Great games like Game 7 in 1960 are often recalled with just a few newsreel clips. 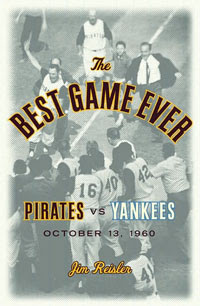 Link to review.
Posted by Retiring Guy at 7:29 PM