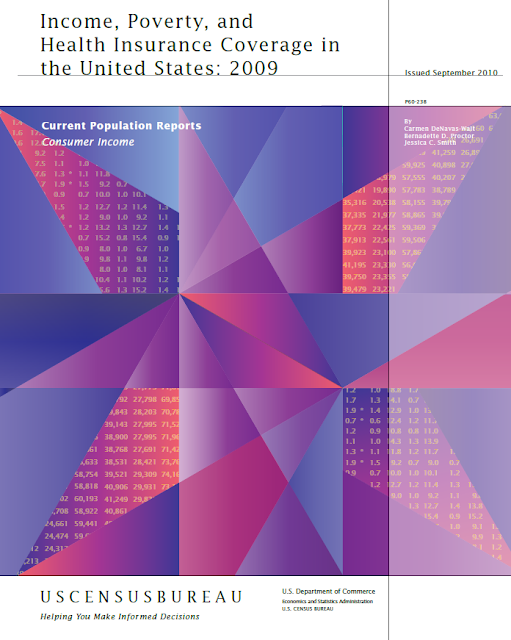 Excerpt: The U.S. Census Bureau announced today that real median household income in the United States in 2009 was $49,777, not statistically different from the 2008 median.

Meanwhile, the number of people without health insurance coverage rose from 46.3 million in 2008 to 50.7 million in 2009, while the percentage increased from 15.4 percent to 16.7 percent over the same period.

These findings are contained in the report Income, Poverty, and Health Insurance Coverage in the United States: 2009.
Posted by Retiring Guy at 6:26 AM