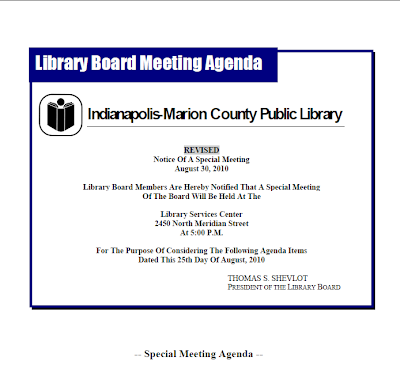 Excerpt: As the library and IndyGo trim already bare-bone budgets, trying to avoid cuts to service and quality, they have one untapped option on the table -- one that could rake in millions.

But it's also an option some are not all too thrilled to see happen.

Municipal corporations that receive less tax money than expected can file what's called a shortfall appeal with the Department of Local Government Finance. If approved, that will raise how much the corporations receive the next year, but it also will raise property taxes for those who are not paying the maximum under the tax cap.

How much is still unclear, but 77 percent of homeowners in Marion County are currently below the cap, which is 1 percent of assessed value for homes; 85 percent of businesses are below their 3 percent cap.

Each July, the DLGF sets the amount the municipal corporations will receive in property taxes during the next year. When taxpayers haven't paid in full or have received higher than anticipated refunds, it can result in a shortfall for those corporations.