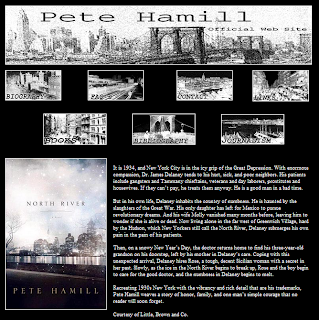 Excerpt:   E-books may be the best way to publish timely books about politics, current affairs, true crime, etc., but not necessarily because typesetting takes so long (six weeks!).

The reason is unspoken, but it's something I've been thinking about for a while: Some books don't deserved to be printed books. They really should be newspaper stories, magazine stories, Web stories, e-books, phone apps, whatever.

Often, political books have a short shelf life. Sometimes books are out of date when they are published, no matter how quick the turnaround. One reason they may be printed and bound is simply because newspaper stories and long essays don't pay a heck of a lot.

Writers pad what could be said in a long essay so the product seems like something that deserves to be bound and sold and talked about on TV.

It's not always the fault of printing that some books have a short shelf life - it's because they shouldn't be books in the first place. 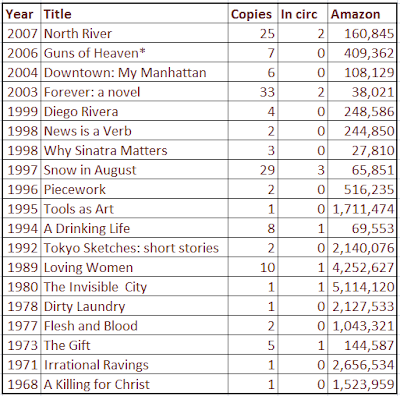 After reading the Amazon product description of The Gift, I placed a hold on the book.

Brooklyn, 1952. It is Christmastime and a young sailor named Pete is home on leave, temporarily liberated from the specter of war in Korea. He’s back in the old neighborhood, discovering firsthand that the girl he left behind evidently meant what she said in the Dear John letter she sent him. He’s back in the dreary Seventh Avenue apartment that his mother can ill afford to decorate for the holidays. And he’s back facing off with Billy, the gruff Irish factory worker who is his father, yet seems forever a stranger--until, on Christmas Eve, Pete pays his first visit to Rattigan’s, the local bar where his father hangs out, the place where Billy seems most fully alive.
Posted by Retiring Guy at 2:28 PM