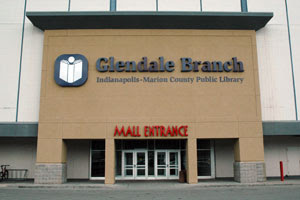 That's how many folks have signed petitions organized by library supporter William Diehl since the Library Board on April 8 announced a plan to close six Indianapolis-Marion County Public Library branches over the next two years.

"I've been very passionate about it, especially with the people who meet here," Diehl said outside the Glendale branch on Sunday.

Diehl, 30, an unemployed Indiana State University graduate, has been collecting signatures since the Library Board announced the plan to close the branches. Diehl said 200 people signed his petitions Sunday.