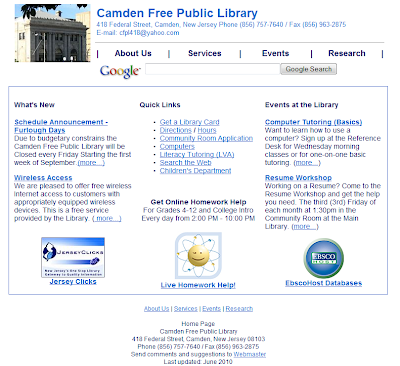 Excerpt:   The Camden library board, at the request of the mayor's office, postponed a decision Wednesday on whether to close one of its two remaining branches.
Mayor Dana L. Redd's office asked for the delay as the city negotiates to join the Camden County Library System.

A third branch, in the Fairview section, is scheduled to close on Tuesday due to budget cuts.

The delay puts pressure on the county and the mayor's office to come to a deal quickly as the Camden Free Public Library runs through the last of its funds. Library officials had said they had enough money to keep the downtown and Centerville branches open through November.