Look What At the Top of Indianapolis's To-Do List 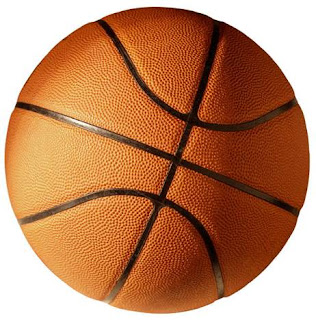 As you might expect
Link to April 14 IndyStar article, "Pacers would consider moving if deal isn't struck.  NBA team wants city to pick up $15M tab to run Conseco".

Excerpt: The Pacers, members of the CIB [Capital Improvement Board] and Mayor Greg Ballard's administration have held behind-closed-doors negotiations on that lease, which have centered on the team's push to have the CIB pick up the $15 million operating tab.

Those negotiations now, however, have reached a critical stage.

On Tuesday, Pacers Sports & Entertainment President Jim Morris said if a deal isn't inked by June 30, Simon would have to start searching for other solutions, and nothing would be off the table.

"We've been having conversations with the Ballard administration for two years," Morris said, "and we're now at the point where we need to wrap this up in the next 30, 40 days." 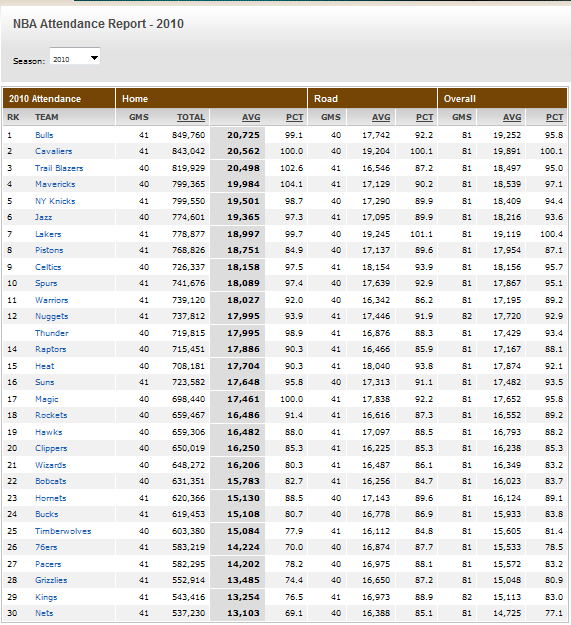 Here are some (better) numbers from the 2008 Indianapolis-Marion County Public Library Annual Report. 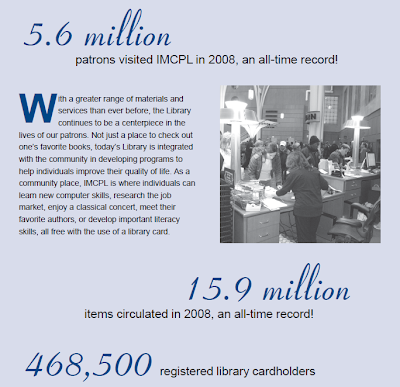