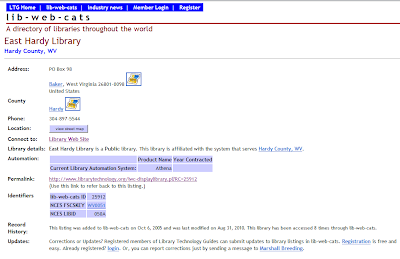 Excerpt: During the early '70s, when Hamburger and her husband had a rural retreat in West Virginia, she saw a boy who lived on a neighboring farm reading a book.

"He's read that book nine times," the boy's mother said. "It's the only one he has."

The nearest library was on the other side of the mountain, too far away. In other words, Hamburger saw a problem.

"I saw someone who wanted to read and couldn't get to a library," Hamburger says. "Anyone who wants to read should be able to."

Hamburger went home and began seeking book donations. By the time she was done, she'd collected more than 12,000 books, more than enough not only for the boy, and his school, but also for the creation of a library in the nearby town of Arkansaw. She even organized a raffle to raise money for bookshelves, and she prevailed upon Jay Rockefeller, now one of West Virginia's two U.S. senators, to attend the dedication.

I assume (verification appreciated) that the "library in the nearby town of Arkansaw" (marked with the 'A' pinpoint on the map below) is now known as the East Hardy Library.  The collection as of 2008 included 19,200 books, 675 audio, 950 video.  Annual circulation: 9,091 (source)-- a level of activity comparable to public libraries in the Wisconsin communities of Arpin, Benton, Dickeyville, Gilman, Independence, Kendall, Vesper, and Westboro. 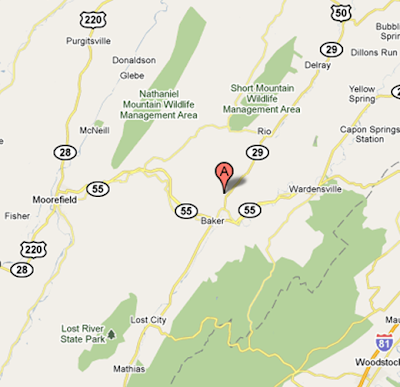 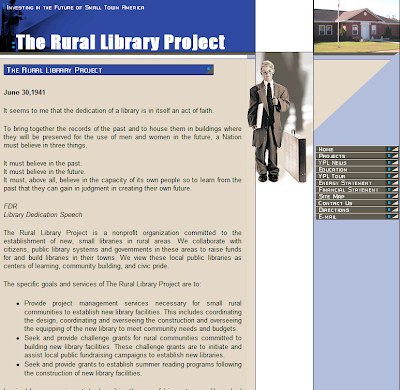