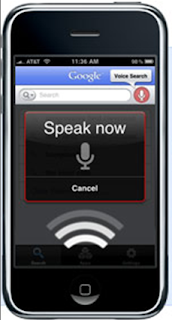 With an app like this,
who needs a reference librarian?
(Just kidding!!)
Link to September 15 San Jose Mercury News article, "The world of apps is exploding -- for some".

Excerpt: Still, it's a wave that, unless you're male, well educated, affluent and under 50, you're probably not riding yet, according to the first of its kind survey released by the Pew Research Center's Internet & American Life Project. The Pew survey found that while 82 percent of U.S. adults have a cellphone, only 35 percent have software applications or "apps" on their phones, and just 24 percent actually use them.

Still, a broader "apps culture" is clearly taking root, particularly among men and younger adults, said Kristen Purcell, associate director for research at the Pew Internet Project. And just as Facebook first started for college students and now has more than 500 million members, including a rapidly growing share of older people, the Pew data could indicate the future involvement of a wider range of Americans.

Link to Pew Research Center Report, "Rise of the Apps Culture".
Posted by Retiring Guy at 10:47 AM