Where's Security When You Need It? 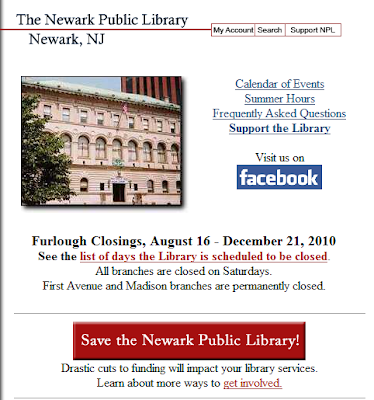 Excerpt: An Essex County grand jury has declined to indict a Newark special police officer charged in April with collecting money for hours he never worked. The decision, which was announced today, dismisses the case.

Prosecutors alleged Rory Palmer, 26, who was a special officer at the Newark Public Library, was paid $1,800 after he created false time sheets.

Palmer, of Newark, was charged with official misconduct and tampering with public records by fabricating physical evidence, among other charges. He was suspended from his job as a special officer, trained by Newark police but working separately from that agency.

And, as is sometimes the case, the comments make for more entertaining reading.
Posted by Retiring Guy at 7:50 AM