Barrett for Governor: It's Official 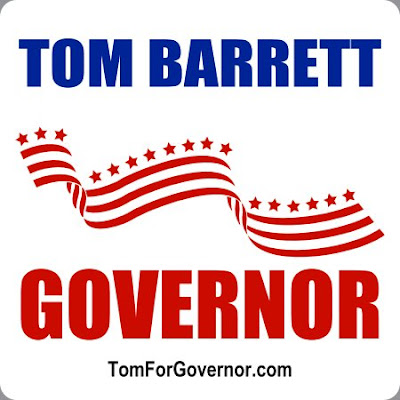 Excerpt: Wisconsin's Democratic Party can finally exhale this weekend, as Milwaukee Mayor Tom Barrett made it known that after months of deliberation he would announce his candidacy for governor Sunday.

Barrett provides the party with a credible candidate in control of a sizeable campaign account, something that had been conspicuously absent since Democratic Gov. Jim Doyle decided not to seek a third term and other prominent Democrats moved to the sidelines.

In a conference call with several reporters Saturday, Barrett touted his record of working with business to preserve jobs, expressed confidence that voters in small-town Wisconsin would accept a governor from Milwaukee and explained that his recovery from a violent attack Aug. 15 delayed his decision to run.

"Just from a health perspective, I was in no position to make serious decisions for six to seven weeks after that attack," Barrett said.