"This Book is Overdue!"

No, not your book. Marilyn Johnson's book. 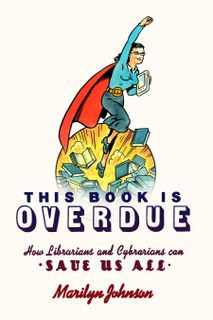 The book will be published in February 2010, but you can read the first chapter at the Library Love Fest blog.

Johnson describes how the book came about. I became interested in librarians while researching my first book, about obituaries. With the exception of a few showy eccentrics, like the former soldier in Hitler's army who had a sex change operation and took up professional whistling, the most engaging obit subjects were librarians. An obituary of a librarian could be about anything under the sun, a woman with a phenomenal memory who recalled the books her aging parents read as children -- and was also, incidentally, the best sailor on her stretch of the coast of Maine -- or a man obsessed with map, who helped automate the Library of Congress's map catalog and paved the way for wonders like Google Maps.