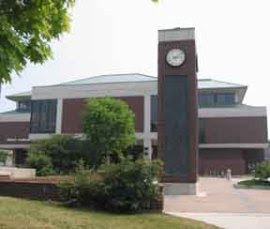 Link to November 20 Sheboygan Press article, "Mead Public Library in Sheboygan may be cut out of Eastern Shores Library System".

Excerpt: Mead Public Library would have to use about $250,000 in city tax money for services such as material deliveries, online cataloging and a shared automation system with other libraries if it gets booted from the Eastern Shores Library System, according to a fiscal study released Thursday.

Mead would also lose $50,000 next year it would receive from Eastern Shores for serving as the resource library for the district.

No other library in Wisconsin is outside one of the state's 17 public library systems. Eastern Shores covers 13 libraries in Sheboygan and Ozaukee counties, and Mead is the largest of the libraries in the system.

"There's a lot of risk I think if they leave the system, we don't have any other model in the state to look at," said David Ward, founder and CEO of NorthStar Economics Inc., which was paid $18,000 by the library to do the cost study.

The Library Board received the study at its meeting Thursday.

"Every other library is a member of the system," Ward said. "The out-of-pocket costs are pretty evident, it's $300,000 or more, and then beyond that is this risk factor because I just don't think you know where that's going to go," Ward said.
Posted by Retiring Guy at 6:20 AM