If this meeting takes place, Wade won't be chairing it. 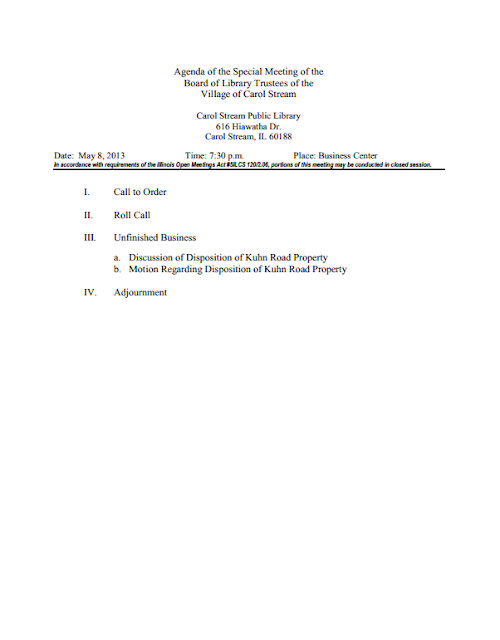 Excerpt: Outgoing board President Mike Wade had scheduled a special meeting for May 8 to vote on a contract to sell a vacant 7.5-acre site at 2N540 Kuhn Road, which was purchased by the library in 2003 with intentions of constructing a new library there.

In an attempt to prevent such a sale from taking place, the five newly elected board members were sworn in Wednesday night — two weeks earlier than planned.