Scott Walker for Governor has a new tagline: "We don't want to go backwards":

But it's clear that's the direction in which we're heading.

Guess Walker's team missed the latest rankings from the U.S. Chamber of Commerce. 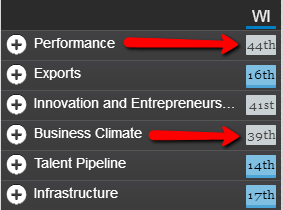 The U.S. Chamber shows us how to make a pretzel. 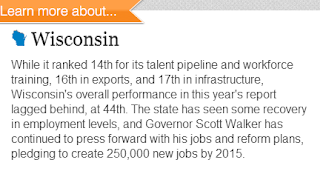 Excerpt: Its annual scorecard on state economies ranked Wisconsin 44th for overall economic performance and 50th — as in dead last — for short-term job growth as measured between September 2010 and November 2012. It also has Wisconsin 39th in “business climate” — on par with the state’s ranking under Gov. Jim Doyle.