More Evidence of the Widening Inequality in Wages 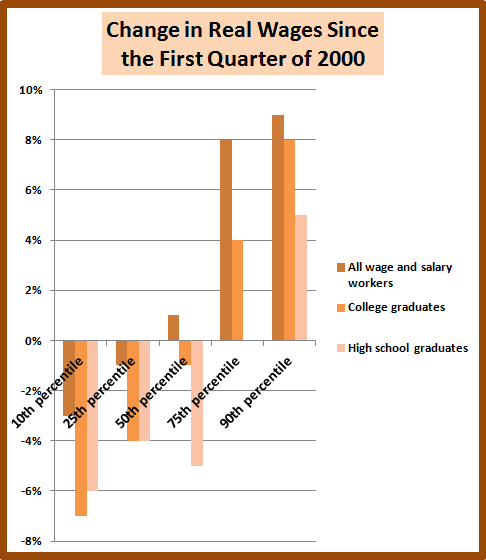 Note from series of graphs that I used to create the above column graph. Figures are for workers 25 and older. Figures are adjusted for inflation using the consumer price index. Figures for high school dropouts, as well as those who attended college but did not graduate, are not shown.

Excerpt: The median pay of American workers has stagnated in recent years, but that is not true for all workers. When adjusted for inflation, the wages of low-paid workers have declined. But the wages for better-paid workers have grown significantly more rapidly than inflation.
Posted by Retiring Guy at 7:16 AM