Kicked so high it's not returning to Earth anytime soon. 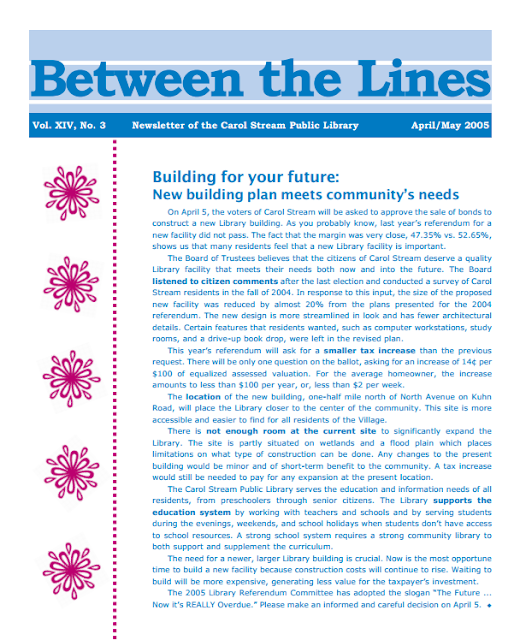 Excerpt:   The library board voted 6-1 Monday to list the property with Wheaton-based Realty Executives, whose Realtors have previously estimated the land to be worth $1,897,000.

The land was purchased by the library in 2003 with intentions of building a new library facility there, but voters rejected those plans in three separate referendums.