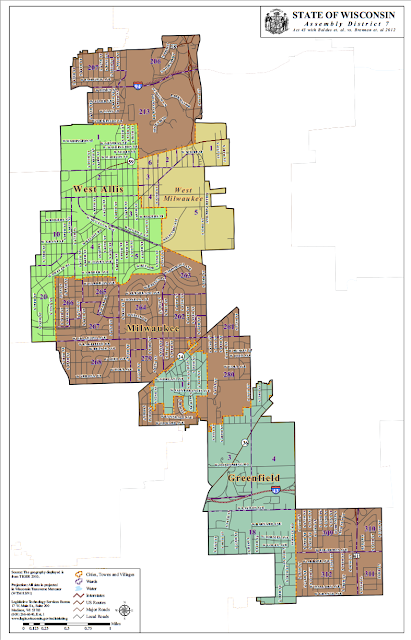 Part of the problem for Krusick.

Excerpt:    In the previous 7th District, Krusick established herself with voters through direct, door-to-door connections built up over her 29 years in the Assembly. In the new district, which now includes parts of Milwaukee's south side and more of West Allis and Greenfield, she must re-establish her constituent base, having retained only a third of her original district after redistricting.

On the other hand, a number of incumbents -- Sondy Pope-Roberts and Sandy Pasch immediately come to mind -- won their primary elections thanks to the votes of a majority of "new" constituents.

Some -- OK, at least one progressive Democrat expressed glee in Krusick's defeat, calling it "the sweetest moment" of the primary election day.

Excerpt:  Krusick seemed destined to rub people the wrong way. Last year she angered her fellow Democrats when proposed removing race as a factor in awarding higher education grants. She was always using that type of charm in the statehouse, and as a result was not a team player or much of a caucus member.

Meet the new Democratic representative of the 7th Assembly District.

Unless a write-in candidate emerges, Riemer has no opposition in the general election. 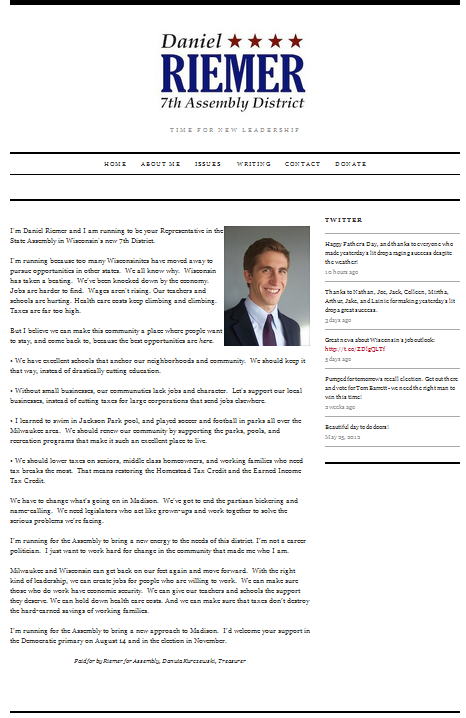 Riemer's series of reports for The Guardian.