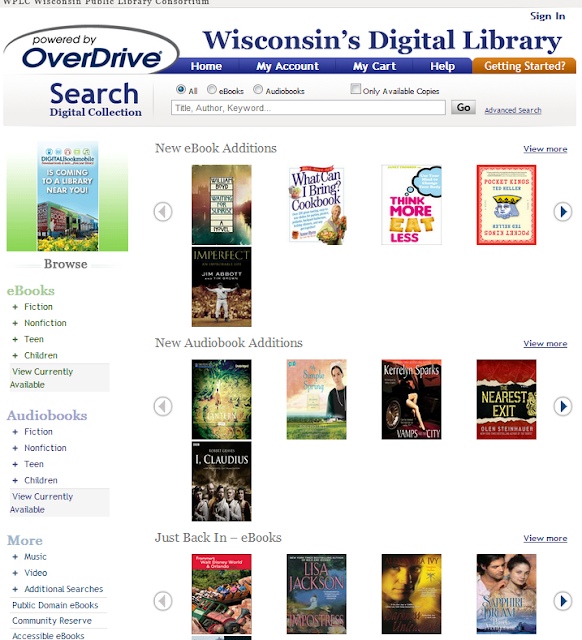 Excerpt:  Greendale Public Library Director Gary Niebuhr said the library has featured the state’s program for e-book rentals since 2011. However, users have just started to utilize the virtual library desk, and the program’s popularity has skyrocketed.

Niebuhr said that in all of 2011 the library 1,737 e-books were checked out. In the first 2012 quarter the Greendale library has already circulated 1,006. Niebuhr said more than 4,000 e-books are expected to be checked out by the end of the year.

Now, nearly 60,000 electronic copies of books have been checked out at libraries across the county in less than a year, with an average of 7,500 to 8,000 books checked out monthly.

Across the state, the furious growth of e-book rentals is also evident. Sara Gold, a purchasing librarian with Wisconsin Library Services, oversees the digital borrowing program used by libraries across the 17 regions in the state. She said 2012 will be a record year.

“Already, by July 2012, we will have surpassed our electronic book circulation for the entire year in 2011 — even accounting for the holiday boom,” Gold said. “The problem we have is that the demand is far exceeding what we had anticipated, which is a good problem to have.”
Posted by Retiring Guy at 7:42 AM