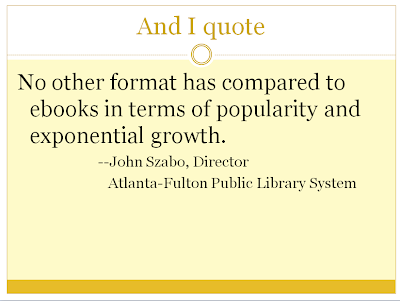 As I remember, DVDs were similarly, if not equally, popular and demonstrated exponential growth in circulation during their first few years of availability at the Middleton Public Library.  Your library, too, I imagine.  (Unfortunately, I couldn't find any numbers prior to 2004 in "The Archives".)

But as the last 2 tables in this post indicate, there is clearly an "exponential" ebook trend developing.

Excerpt:  Indeed, it’s a plot line worthy of the best page turner: The public desperately wants access to e-books, which marry all the good things libraries have always offered — expertly curated reading selections, available to all at no cost — to more modern conveniences such as 24/7 virtual checkout from any branch and the end of overdue fines (the books simply disappear from the borrower’s computer or reading device when the loan period is up).

Libraries, sensing a golden opportunity for renewed relevance after years of slashed budgets and Internet encroachment on their turf, want to provide that access.


SIDEBAR:  Encroachment?  I'd rather make the case for libraries putting out the welcome mat and making the necessary adjustments in their service programs. 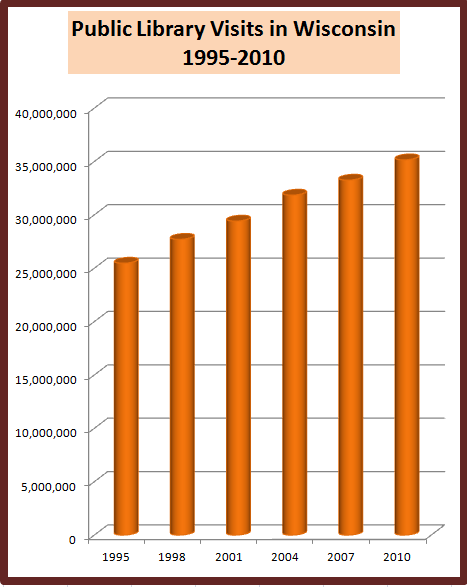 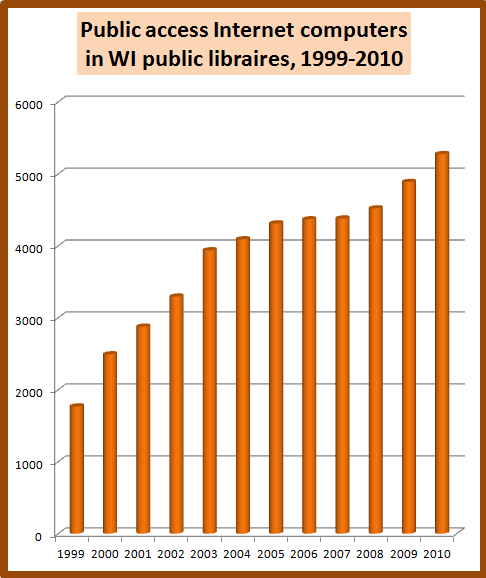 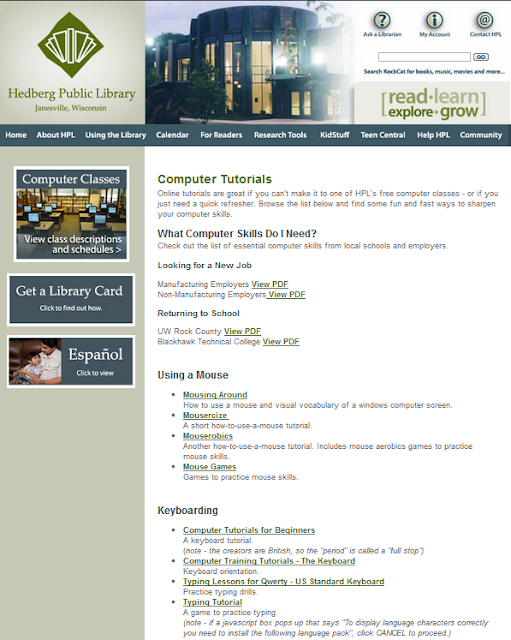 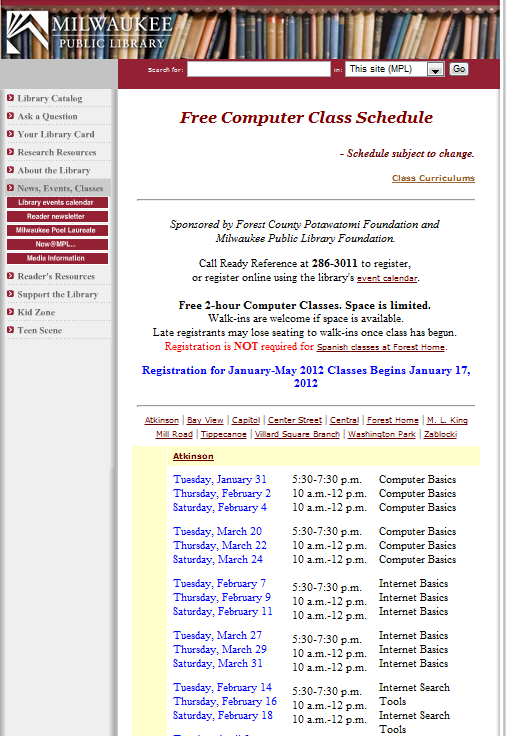 "Now back to our regularly schedule program."

But it’s not as easy as it sounds. Libraries are having to dedicate staff to the “how-to’s” of checking out and downloading e-books. And they have to make case-by-case calls on stretching their already strained budgets to buy the more expensive e-book version of a popular title, along with print, large print and audiobook formats.  [Emphasis added.]

Still, the biggest stumbling block, surprisingly, turns out to be book publishers themselves. Libraries have always been their allies in the fight to keep America reading, but now it appears many publishers see them as one more competitor with the potential to put them out of business. Increasingly, they’re refusing to play nice with libraries, charging them much more for e-books than printed copies — or refusing to sell them e-books at all.

Can this story have a happy ending?

For all the excitement surrounding e-books, they’re still a small part of what libraries do. Atlanta-Fulton Library users checked out 3,863,558 items in 2011, of which 45,083 were e-books or e-audiobooks. Cobb’s [County Public Library System] 345,112 library card holders currently include 8,634 users of the digital download service. 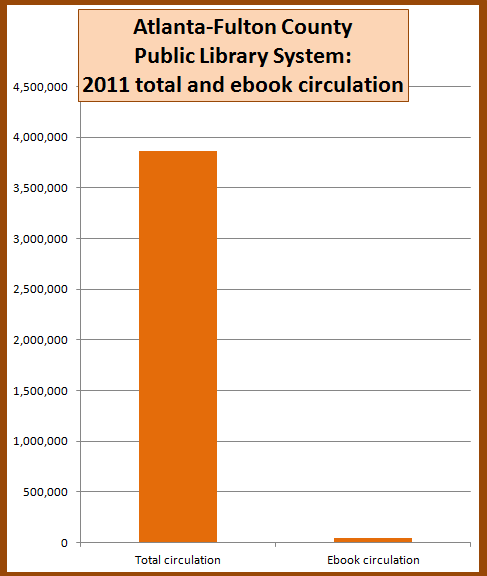 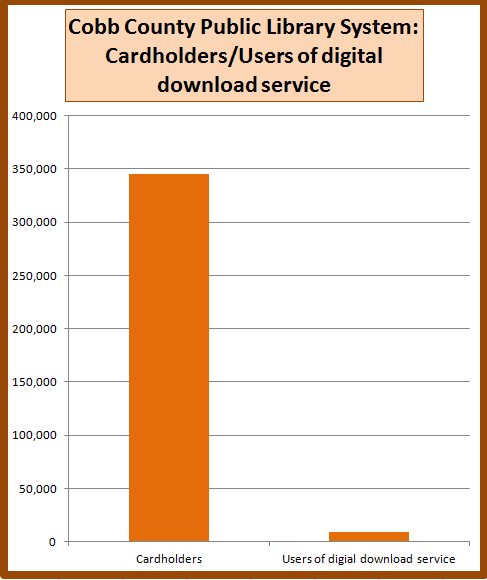 
In the next 2 tables, you can clearly see the "exponential" trend developing in Wisconsin 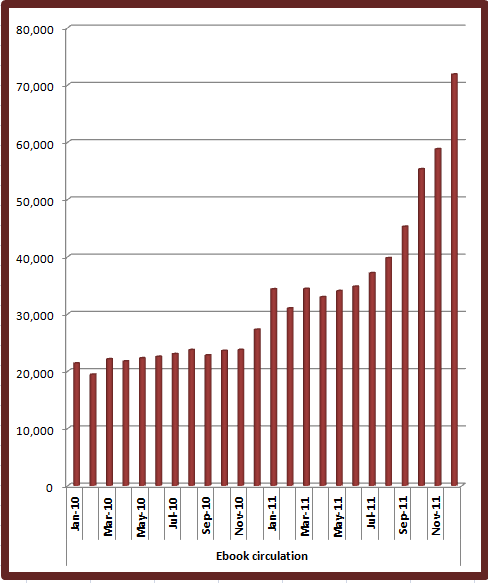 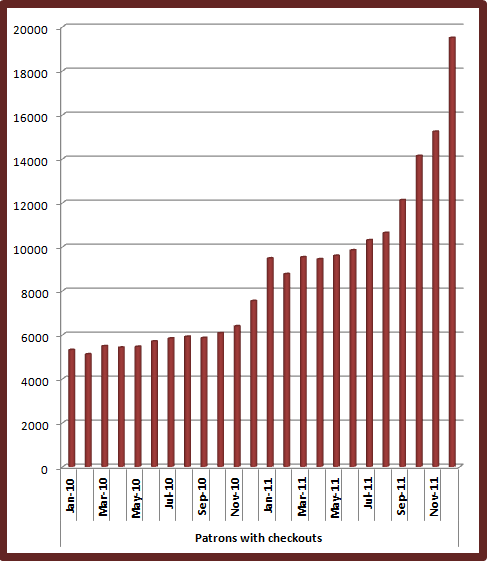 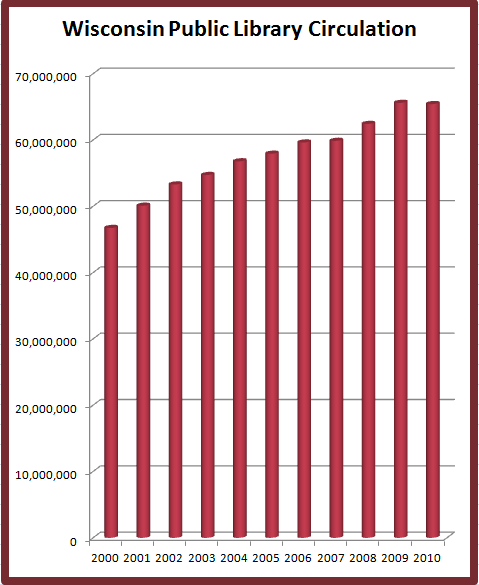