Reference Librarian to the Rescue; or, No, Folks, It Ain't Wal-Mart

Referred to as an "epic Wal-Mart fail" here. 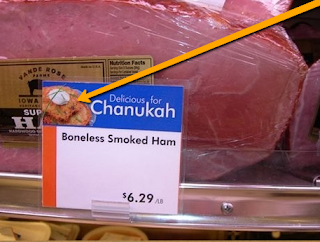 But here's the real scoop from Taste of Home (12/7/2007), "Grocery Store Goofs With Hanukkah Ham Ad".
Excerpt:    A grocery store in Manhattan made a food faux pas, advertising hams as "Delicious for Chanukah."
Chanukah _ an alternate spelling for Hanukkah _ is the eight-day Jewish holiday that began Tuesday evening, and hams _ as well as pork and other products from pigs _ can't be eaten under Jewish dietary laws.

A woman who saw the mistake over the weekend at the Balducci's store on 14th Street took pictures of the signs and posted them on her blog.

Jennifer Barton, director of marketing, told The Associated Press on Thursday that the signs were changed as soon as the error was noted. 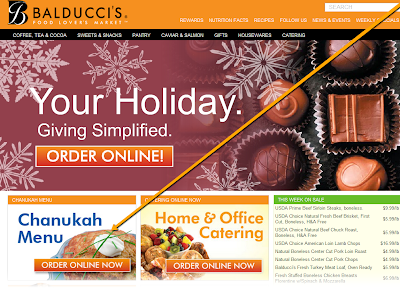 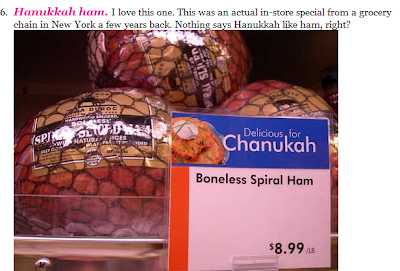 Hoo, boy!!  An urban legend in the making.  By the end of the year, there might be as many as 80 Wal-Mart locations accused of this faux pas.  (Source.) 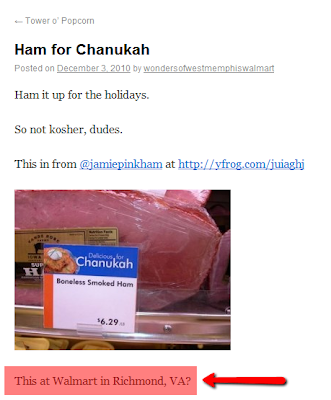 And about those Vande Rose Farms hams you see in the above screenshots.

I'm not sure exactly why but this weblog is loading very slow for me.

Is anyone else having this problem or is it a issue on my end?
I'll check back later on and see if the problem still exists.


Here is my blog post: what do you think (http://thethingsido.net/)

Windows Explorer and Blogger are not very compatible. If you used another web browser, I'm not sure what the problem.